IUPAC naming of quinol and hydroquinone

This is benzene-1,4-diol. Its common name is quinol and hydroquinone. How is hydroquinone an accepted name since the functional group here is an alcohol and not a ketone? Is this the only such case or does it apply elsewhere too? 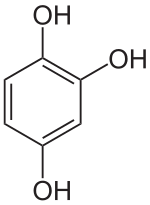 This is benzene-1,2,4-triol also known as hydroxyquinol. How does the position of alcohol influence the name of the compound here?

Pay attention to the prefix "hydro-", it can definitely change the meaning of the name.

Quinone is the common name given to cyclohexa-2,5-diene-1,4-dione: 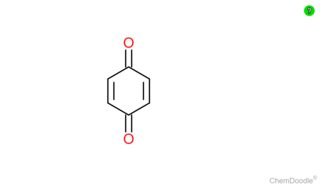 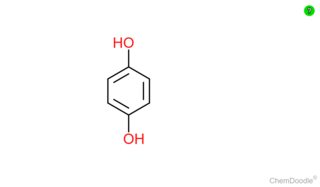 I must agree, the naming does cause confusion, as this isn't the systematic nomenclature. The common nomenclature doesn't follow any strict rules, and are often named after the compound they were formed from (such as this case). Don't rely on such names too much.

First of all, the functional groups are not alcohols. They are OH (pronounced oh--aitch) or hydroxyl groups. A 2-electron oxidation of hydroquinone gives quinone, a "ketone". A 2-electron reduction gives back HYDROquinone. Therefore, benzene-1,2,4-triol is hydroxyquinol (there is only one position on quinol for the additional OH). No number required. Phenols may look like alcohols; they are not.

Not the answer you're looking for? Browse other questions tagged organic-chemistry nomenclature aromatic-compounds alcohols or ask your own question.