Which is the strongest base?

When I was in lower grades, I was taught $\ce{NaOH and KOH}$ are the strongest bases. But I realised later that there can be more stronger ones. After a bit of research on the internet, I found these three to be spoken more about.

Looks like it's neither of the three; ortho-diethynylbenzene dianion has the highest calculated proton affinity. 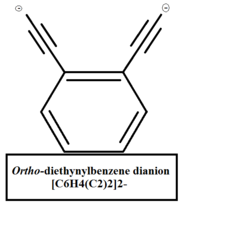 according to calculations, ortho-diethynylbenzene dianion is the strongest base, with a proton affinity of $\pu{1843 kJ \cdot mol^{−1}}$.

This base claimed the title of the strongest base 2016 ish, another base may have grabbed the spot but I haven't been able to find it.

Not the answer you're looking for? Browse other questions tagged physical-chemistry acid-base or ask your own question.

0
Why is it that all strong bases contain at least one hydroxide bond?