Addition of a methyl group to a heterobicyclic ring [closed]

I am battling to understand how this reaction works. It should be a carbonyl addition reaction but I am not 100% sure how to reach each step. Could someone explain the mechanism to me?

Here, the lone pair on $\ce{N}$ is in conjugation with the double bond.So, during formation of the first product, the lone pair delocalises and as a canonical form, a carbanion is formed which acts like a Nucleophile and performs $\ce{S_N2}$ with $\ce{CH_3I}$.
For the formation of the next two products, $\ce{K_2CO_3}$ acts like a base and abstracts a proton from the methyl substitued carbon. That abstraction forms a carbanion which is also in conjugation with a double bond and hence it's stable. The next two products are actually both $\ce{S_N2}$ products, but the nucleophilic centre are change due to that negative charge delocalisation.
The mechanism is depicted as follows, 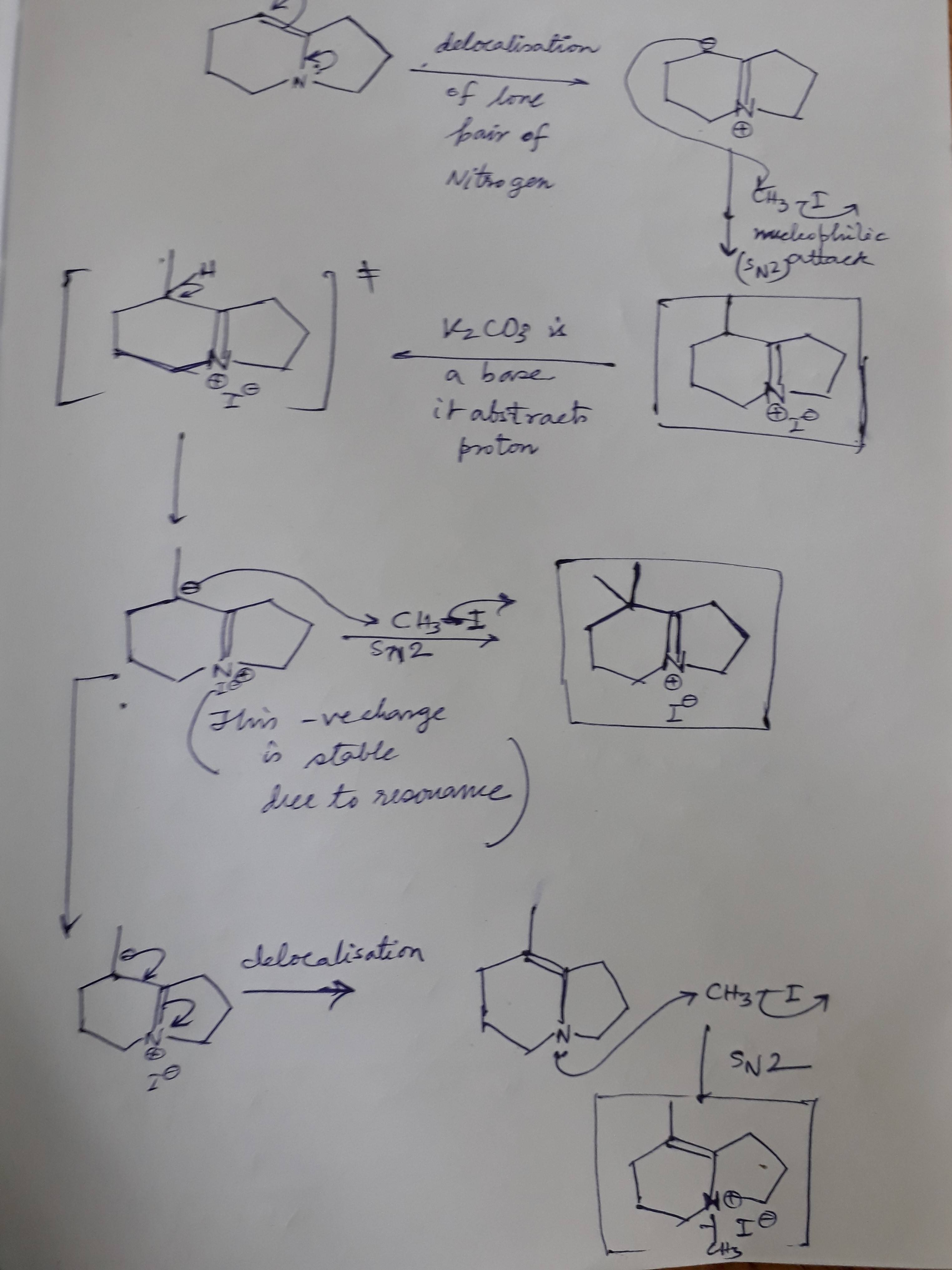 It is mostly NOT Carbonyl addition. K2CO3 is used only for a weak basic medium. I think that as the lone-pair of nitrogen is in resonance, it will delocalise resulting in negative charge on the carbon atom. This atom can act as nucleophile for Sn reacion with MeI being the target. The first of your three products is obtained this way. Now, Nitrogen takes back its lone pair leading to carbocation formation. Elemination takes place. Then Nitrogen attacks MeI due to presence of lone pair. This gives your third product. Similar mechanisms may result in the second product.

69
How do organic chemistry mechanisms become accepted?
9
Why don't hydride shifts occur with hydrohalogenation of 4-methyl-cyclohexene?
3
Molecular orbital explanation of why the protonation of the oxygen atom makes a carbonyl group more electrophilic
2
Addition of Methyl Grignard and use of HClO4 in this question
3
Mechanism for the ring contraction
0
How does NaOH modify pyranodioxins?