NMR spectrum of 3-hexylthiophene: why is the methyl group not a triplet?

I have an example spectrum, and it shows which peaks correspond to which H, but I don't understand why the spectrum looks like that 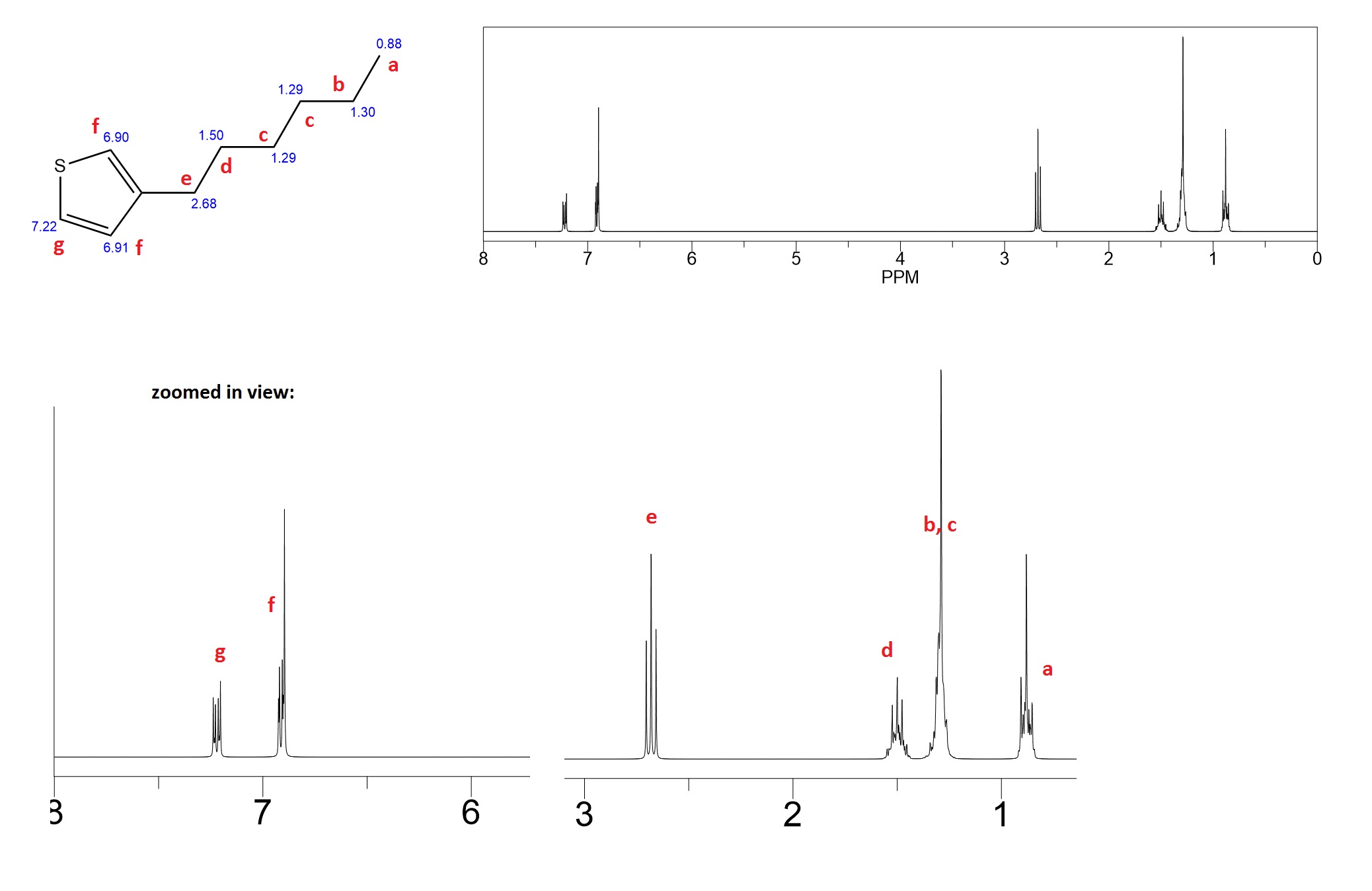 The reason why the terminal methyl group is not a simple triplet is because of strong coupling, which is the scenario whereby the coupling constant between two nuclei $J$ is comparable to the difference in resonance frequency $\Delta \nu$.

As labelled in your question, protons B and C have almost the same resonance frequency (0.01 ppm difference corresponds to a 3 Hz difference on a 300 MHz spectrometer). The coupling constant between these protons, though, is probably on the order of 7 Hz or so. Hence, protons B and C are considered to be strongly coupled.

What does this have to do with protons A, which your question is asking about? Well, by virtue of the fact that protons A are coupled to protons B, which are in turn strongly coupled to protons C, there will be some "extra" coupling observed in the peak corresponding to proton A. The term for this is virtual coupling.

It turns out that this is the case no matter what nuclei they are or exactly how they are connected in the molecule - as long as X and Y are strongly coupled, any nucleus A that is coupled to either X or Y will have some degree of virtual coupling. The reason for this is fundamentally quantum mechanical in nature. Suffice it to say, though, that the n+1 rule will not predict multiplet shapes accurately under such conditions.

Further reading on Hans Reich's excellent website. In particular you may want to take a look at the "Methyl Region" section which is pretty similar to your example (although in your case it is actually even more complicated).