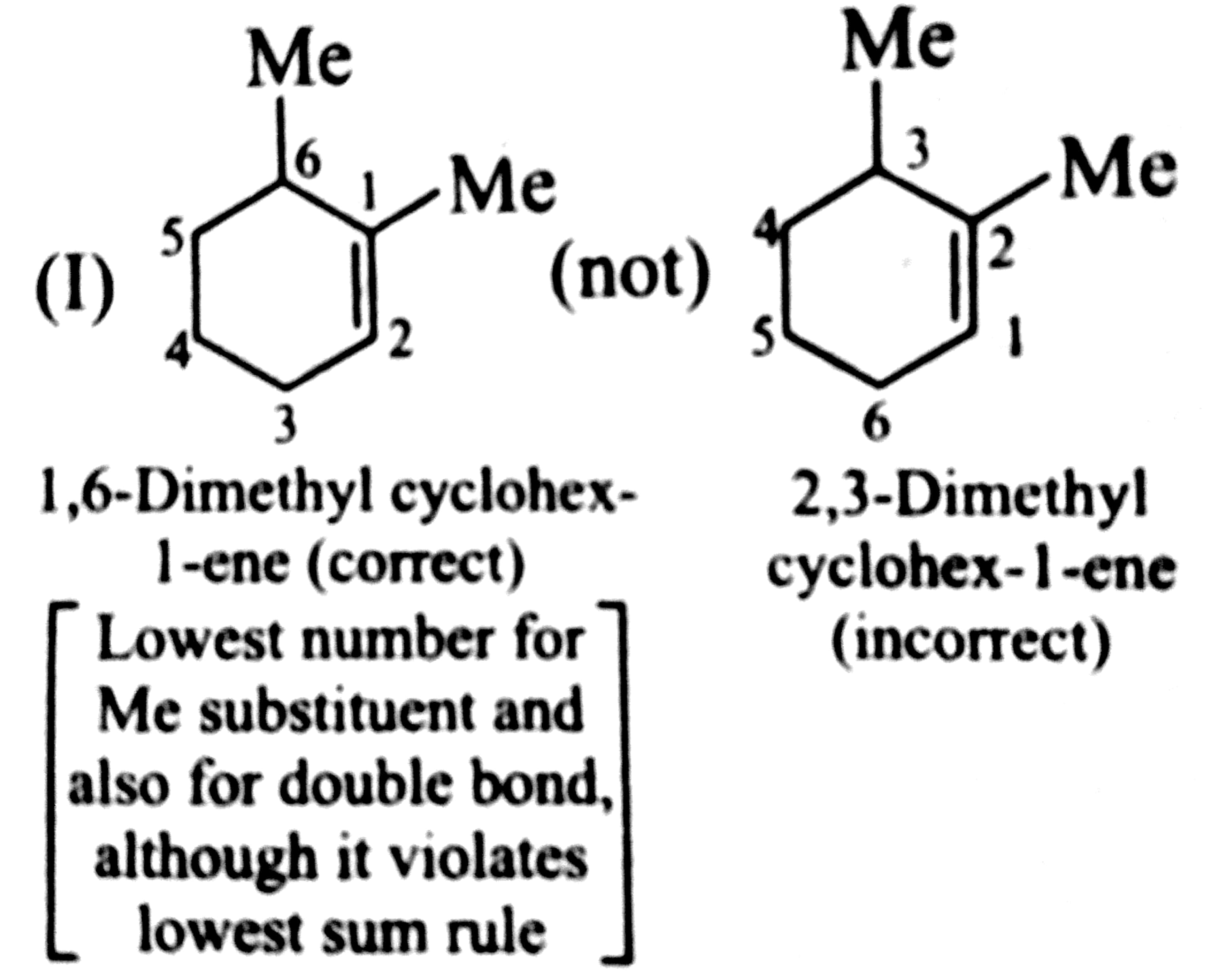 According to the first point of difference rule, second one should be correct right?

First of all, the ‘lowest sum rule’ mentioned in the picture in the question does not exist in IUPAC nomenclature.

The compound that is given in the question doesn’t have any principal characteristic group that could be expressed as a suffix. Therefore, Rule (c) is not relevant in this case.

Finally, low locants are assigned to the remaining substituents as a set according to Rule (f).

The lowest set of locants is defined as the set that, when compared term by term with other locant sets, each cited in order of increasing value, has the lowest term at the first point of difference; for example, the locant set ‘2,3,5,8’ is lower than ‘3,4,6,8’ and ‘2,4,5,7’.

No, the right one is incorrect as the numbering starts at the double bond, it is suppose to start at the first substituent.