Does isopropyl chloride undergo SN1 or SN2 with sodium acetate?

What's the reaction of isopropyl chloride with sodium acetate? (The solvent is acetic acid)
Is it SN1 or SN2?

So, does SN1 take place or SN2? Could someone also give some experimental data to support their reasoning?

Here's something I found, it says that both SN1 and SN2 can occur. Now which one occurs here, is probably decided by the nucleophile? I'm not sure. Anyway, thought I'd put this table up here for reference: 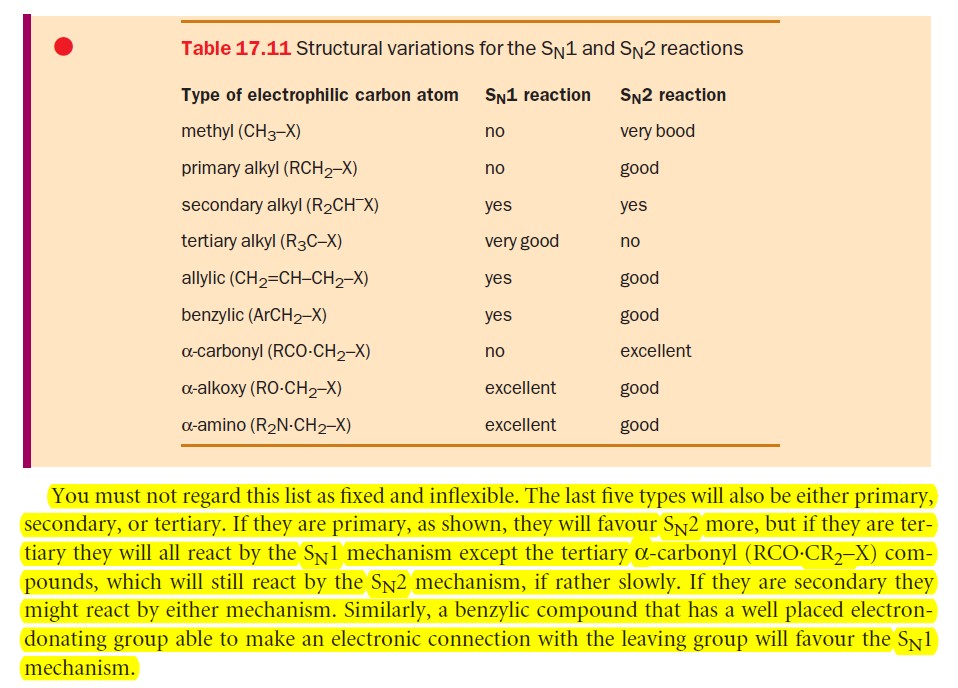 Edit: Someone in the comments section said that you can't predict which mechanism is major, and have to look for experimental facts. So, for the sake of the completeness, where are the facts? Could someone please post the relevant details as an answer?

Actually in these type of reactions, where the reactant can both possibly undergo $\mathrm{S_N1} $ and $\mathrm{S_N2} $, the reactions actually proceeds through a mixture of both type of reaction mechanism. In these type of reactions, rate is related as $$\text{Rate} = k_1 [\ce{R}] + k_2 [\ce{R}][\ce{X-}]$$ So, there is also the stereochemically inverted product and also racemised product.
Fraction of inverted product is $k_2/(k_1+k_2)$ and the fraction of racemised product is $k_1/(k_1 +k_2)$. But the actual values of $k_1$ and $k_2$ is experimentally determined and probably very difficult to determine by logical approach only.

2
Does the reaction of 1-bromobutane with cyanide ion follow an SN1 or SN2 mechanism?
3
How to decide between different possible substitution/elimination mechanisms under given conditions?
2
Why is sodium acetate a good nucleophile?
4
Comparison of the rate of SN1 and SN2 reaction
2
SN1, SN2 or acid-base reaction
1
How to be able to tell if a molecule will react via SN1 or SN2?
1
How to determine if a reaction proceeds via SN1, SN2, E1 or E2 mechanism?

2
Restricted synthesis; formation of nucleophile and electrophile from one carbon source
1
Is this reaction of 4-chloro-1,1-dimethylcyclohexane SN1, SN2, E1, or E2?
0
Alcohol protection with ethers
3
Does SN2 favor strong nucleophile and SN1 favor weak nucleophile? Does E2 favor a strong base, and E1 favor a weak base?
3
Determining the mechanism followed when alcohols undergo a reaction with sodium bromide and sulphuric acid
7
Comparing the rates of hydrolysis of different haloalkanes