Can a molecule be achiral whilst it's resonance form chiral?

I'm trying to work out whether methylphenylsulfoxide is a chiral molecule. 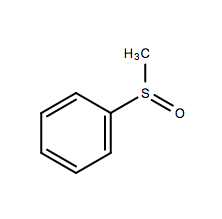 Or does it use sp2 hybrid orbitals so the empty p orbital allows for extended delocalisation of the benzene ring through the sulfur and onto the oxygen?

Apparently there are resonance forms of this molecule which are chiral. 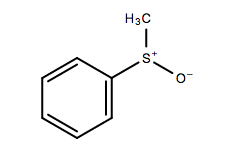 This molecule looks odd to me, would it make more sense to have electrons resonate out of the benzene ring?

Unfortunately the sloppy depiction of sulfoxides will cause such misconceptions. Your analysis is quite good:

The central sulfur atom is bound to 3 atoms and then has a lone pair, so surely it has to use sp3 hybridised orbitals?

The only thing one should keep in mind is that the model of hybridisation starts to break down for these compounds (third period and below).
In this case it also is not strictly necessary to employ hybridisation, but as a first (very rough) approximation it can give you an educated guess.
In any case, the sulfur is approximately tetragonal coordinated.

Both depictions are indeed missing the lone pair at sulfur.

As such the first one would has 10 electrons around sulfur, which used to be regarded as correct, but is now a deprecated viewpoint. Sulfur would need to use d orbitals, which has been proved wrong.
The charge separated structure is superior to the above, because it does not suggest the use of d-orbitals.

The issue whether or not these compounds are chiral has been answered by Jan (Can heteroatoms with lone pairs be chiral centres?):

The sulfoxide case. Sulfoxides $\ce{R1−SO−R2}$ have a free electron pair and a trigonal pyramidal configuration on the sulphur atom. The lone pair is in an orbital with a high s-contribution meaning that the nitrogen inversion highlighted above is rather complicated. Thus, sulfoxides can be assumed to be chiral on sulphur (although in practice they are often generated racemicly).

You have asked more general though:

Can a molecule be achiral whilst it's resonance form chiral?

It is very important to realise that resonance only affects the electronic structure. Therefore in all resonance contributors the position of the nuclei is the same. Since chirality is determined by the spatial arrangement of the atoms, the question itself is void. There cannot be a set of resonance contributors which has chiral and achiral structures. Please also see What is resonance, and are resonance structures real?

39
What is resonance, and are resonance structures real?
23
Can heteroatoms with lone pairs be chiral centres?

11
Why can the lone pair not align with the phenyl moiety in 2,6-xylidine?
4
Are alkenes with bulky groups attached (like the one shown in the picture) chiral or achiral?
5
Chiral products from achiral reactants and 'principle of racemic mixture formation'
13
Are carbocations necessarily sp2 hybridized and trigonal planar?
1
How are these molecules chiral and achiral?
10
If a chiral molecule reacts with an achiral molecule will the product be chiral or achiral?
9
Are monosubstituted cyclopropanes achiral or chiral?
6
Is (1R,3aR,4S,6aS)‐1,4‐dibromo‐octahydropentalene chiral or achiral?