The Crisscross method for finding the chemical formula

suppose we have two elements $X$ and $Y$ having oxidation numbers $x$ and $y$ respectively. Can we prove that the compound formed will be $X_yY_x$.

But I could not further understand why the we divide $x$ and $y$ with their greatest common factor to find the required solution.

I have also found some contradiction examples to this Crisscross rule. Example is : Solid-state-semiconductor $GaAs$, in this Gallium has valancy $3$ and $As$ has valancy $5$.
The main points on which I want answers are:

But we assumed that $a$ and $b$ have opposite sings so we can write:

This is a single equation with two variables so you can't solve it easily because it can have several solutions. However when $\textbf{x=b}$ and $\textbf{y=a}$ the equation is always solved, because:

This turns out $\ce{Ti2O4}$ and not $\ce{TiO2}$ we need another step, we need to divide the subscripts by their greatest common factor gcf(a,b) because we have found another solution of the equation 1 with higher coefficient. In this case the gcf(2,4) is 2 and dividing the stoichiometric coefficient by two we get $\ce{TiO2}$.

Who, how and when developed this method?

I've found it the first time in Chemistry and Human Affairs by William Evans Price, George Howard Bruce, World Book Company, 1949. I don't know who is the inventor. I think you can easily deduce the crisscross method simply looking at many compounds and their oxidation number! Is not so hard to imagine!

Is this method only applicable to ionic compounds?

(rearranged after the advices in the comment of mannaia) In fact you can write $Na_{2}Cl_{2}$ without breaking any charge neutrality or valence rule. NaCl is a crystal with a lattice and you can't consider $NaCl$ like a stand alone unit, what matter is the charge balance, the proportion between positive and negative ions. Maybe if you are dealing with a crystal made of 23456 atoms of $Na^{+}$ and 23456 atoms of $Cl^{-}$ you could write $Na_{23456}Cl_{23456}$ this is in fact a solution of the equation and is not theoretically wrong however if you are talking about a generic crystal of NaCl you should write the ratio between $Na^{+}$ and $Cl^{-}$ ions it has no sense to choose randomly one of the solutions because has stated mannaia: "there's no need to choose a larger unit, whereas with a smaller one you can fully explain how the crystal is formed". Mathematically speaking we write the ratio to Lowest Terms.

Why always take the "gcf"?

In fact we don't take the "gcf" we divide for the "gcf" because this is the best way to get the ratio in the lowest terms. 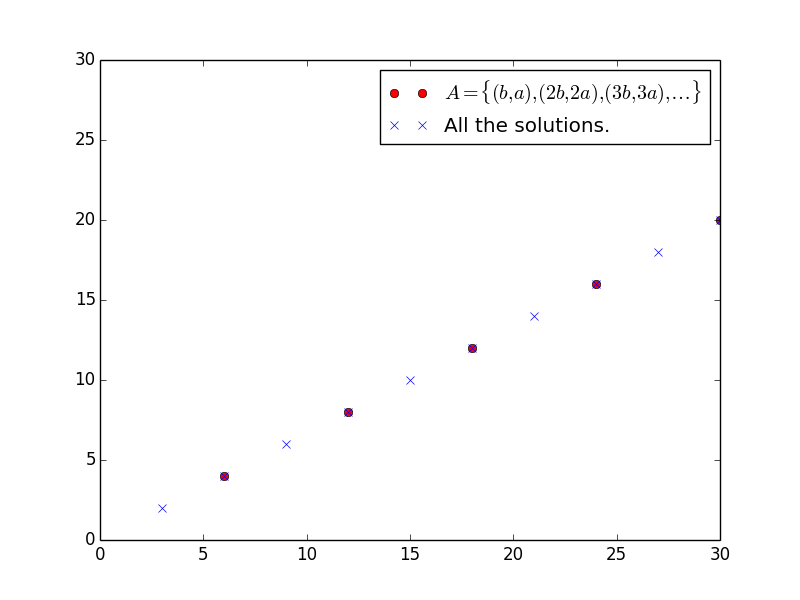 For compounds with covalent bond is different, because you are dealing with different stand alone units called molecule. For example if you have $C^{-4}$ and $H^{+1}$ the solutions not divide by gcf of the equation have no sense. For example $C_{2}H_{8}$ doesn't exist due the valence of the atoms involved.

This rule even works on certain, more complicated molecules :

(of course all the charges mentioned above are partial(+/-) charges, because they are covalently bonded molecules)

And why the greatest common factor is taken... :

Take a look at calcium oxide. Here you have one calcium ($\ce{+II}$) ion and one oxygen ($\ce{-II}$) ion. When the rule is applied you get $\ce{Ca2O2}$. Now, you can divide both indexes by 2 to get $\ce{CaO}$. But why? Look at $\ce{CaO}$ : Here the one calcium atom has lost 2 electrons to achieve a stable noble gas configuration. And oxygen has gained 2 electrons to achieve a stable noble gas configuration. Both atoms are 'happy' and there is no need for another calcium atom or oxygen atom. So $\ce{CaO}$ is enough.

This is the bonding in $\ce{GaAs}$, I found this online: (source) 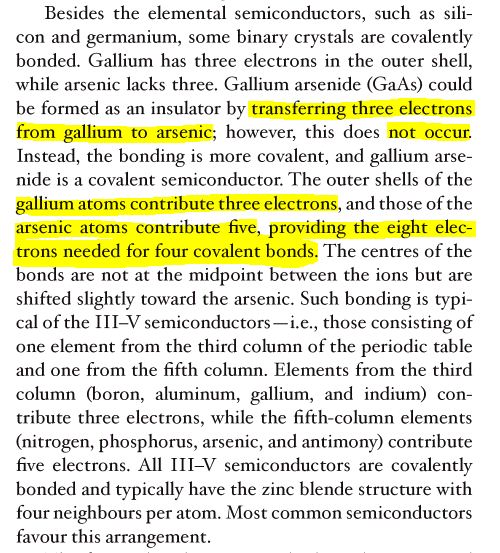 I think the contradiction you mention in your question is only apparent and is due to a misunderstanding around the word valency, which is by itself a rather ambiguous term (valency vs oxidation state).

According to Wikipedia, valency yields the number of bonds an element tends to have. For instance, oxygen tends to form $2$ chemical bonds: its valency is then $2$.

If we consider arsenic, its valency is $3$ and not $5$, as you write in your question. $5$ is the number of valence electrons. Of course, this value of $3$ is based on the octet rule, that's just a rule (that often works) not a law (that should always work).

Now, coming back to the so-called CrissCross method: if you apply the definition you quote in your question:

suppose we have two elements $X$ and $Y$ having oxidation numbers x and y respectively. Can we prove that the compound formed will be $X_{y}Y_{x}$.

For other arsenides, this method will not be easy to apply, since the oxidation number may not be clear for the elements involved, especially if one has no idea about the structure by which atoms are organized.

Not the answer you're looking for? Browse other questions tagged inorganic-chemistry covalent-compounds ionic-compounds or ask your own question.

7
How to know it when I see a covalent network?
7
Naming ionic compounds with multiple cations and anions
2
Why do Ca-Ca distances get shorter in ionic structures, as compared to the metal?
2
How do you explain the formula Fe3O4 using the ionic compound theory?
1
Comparing the Lattice energy of different compounds
0
What exactly is lattice energy?