I made some pH indicator by boiling and straining cabbage juice and in an effort to keep it from spoiling for a while without having to store it at fridge temperatures I added some wine making stabiliser which consists primarily of Sodium Metabisulphite. I had previously tested some of it to check if adding it would affect the pH of the indicator since I wanted a pH neutral preservative. Well strangely after leaving it for a while I came back to find that the indicator had turned a weird shade of purple I had never seen the indicator take before. At the concentration it is at the original colour was a very dark purple - almost black. Now I know that the metabisulphite ion decomposes to produce SO2 gas which is acidic under aqueous conditions but I would expect that to change the indicator to its normal purple for a not very concentrated acid. But the colour it currently is is very pale and in fact when I pipette out some of the indicator it is almost totally clear. So I guess really my question is does Potassium Metabisulphite have some kind of bleaching effect I'm not aware of? 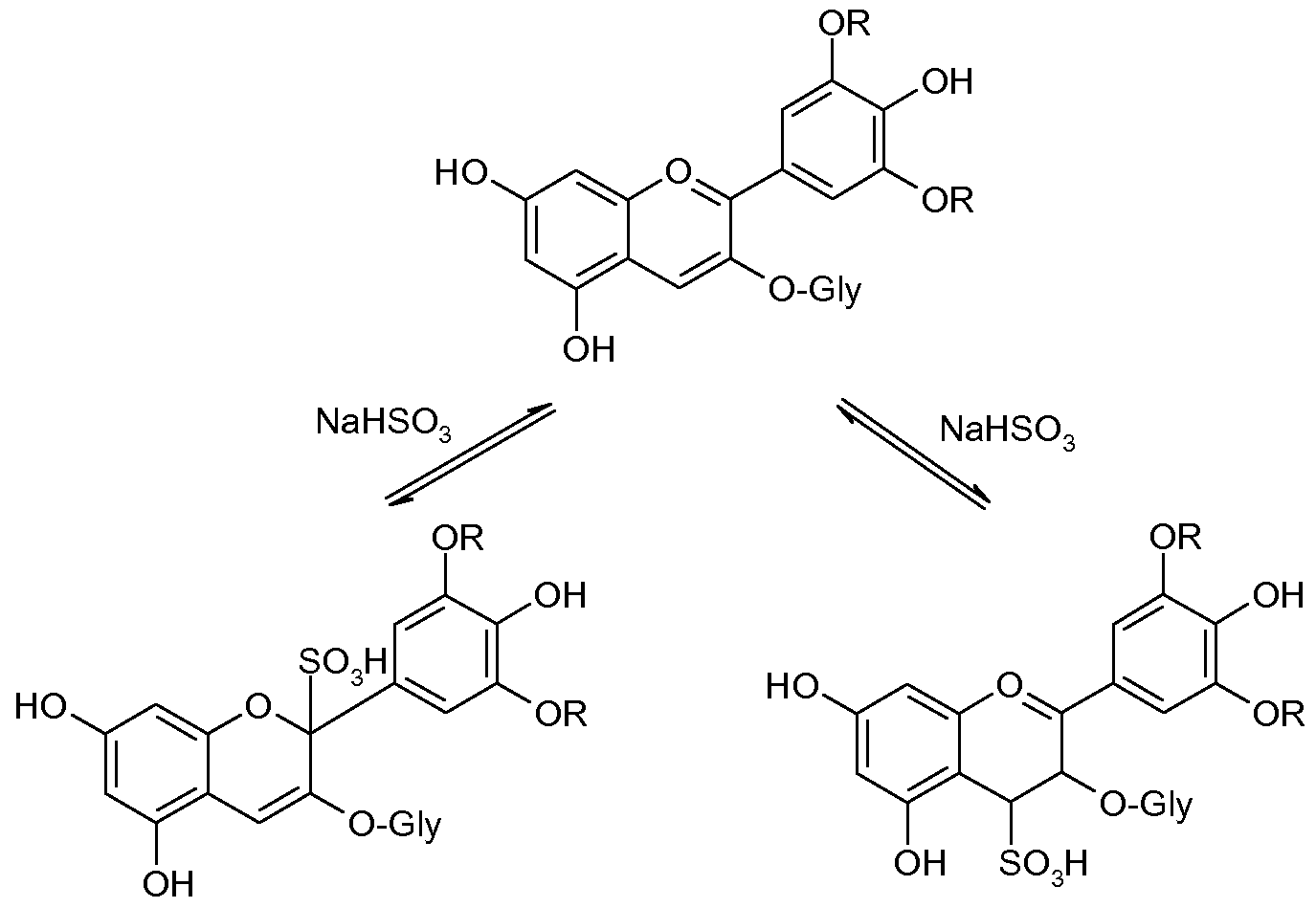 That lessens conjugation and bleaches the anthocyanine. "But the colour it currently is is very pale" If the new compounds' residual optical absorbances are in the green, the solution will be iodine purple by transmission.

Not the answer you're looking for? Browse other questions tagged ph or ask your own question.

5
No indicator is suitable when titrating weak acid with weak alkali
5
Which pH indicator will give a dramatic color change with small changes in the amount of carbon dioxide dissolved in water?
0
What would the pH change be if I drop one gram of sodium hydroxide into a pH 8.1 solution
3
Can the colour change in litmus paper be explained by conjugated systems?
7
Why does gaseous HCl not change dry blue litmus paper to red?
1
pH change with temperature
1
Why can Neutral Red (indicator) not test values below its pKa?