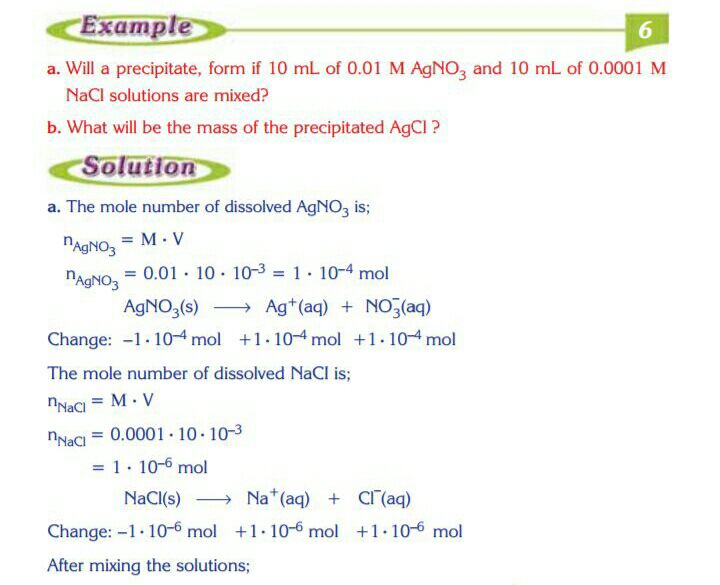 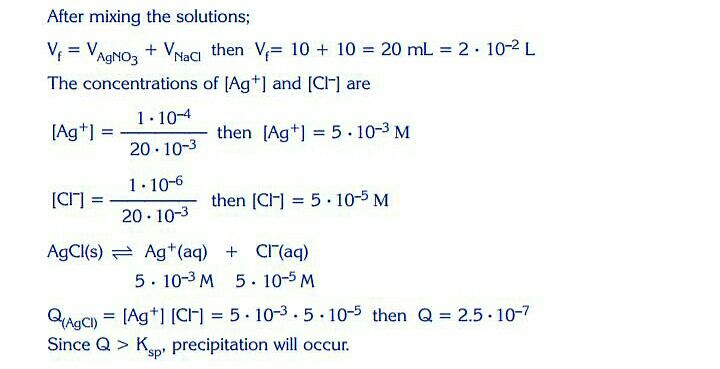 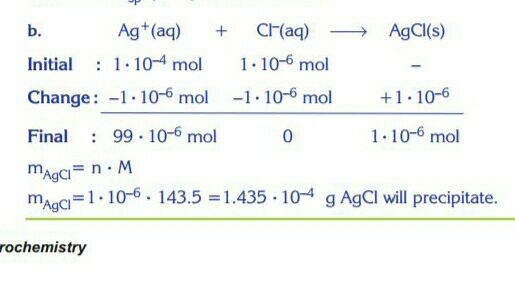 This is a worked example about solubility equilbrium I am new to this subject and I am really confused first of all I know that Q is the product of concentration of Ag and Cl in the solution and ksp is the product of molar solubility of Ag and Cl then why the difference of these two is not amount of precipitation second: if we are not given ksp value of AgCl and we are given only the last part ( part b) how can we find the ksp value?
P.s: after change the amount of cl become zero and amount of Ag become 99*10^-6 so it means that after mixing two solution precipitate is formed and amount of dissolved Ag ions become 99*10^-6 and all of Cl ion is precipitated am I right?
(Sorry if my questions doesn't make sense for you it is because I am new to subject and I don't have any teacher I really tried hard on this example and I saw lots of videos about this subject but I didn't understand it)

Q is known as the ionic product which is defined as product of concentration of ions of the electrolyte, each raised to the power of their coefficients in the balanced chemical equation in solution at any concentration. $\pu{K_{sp}}$ is the same but it is applicable only for a saturated solution.

Since they are products of ionic concentration, we can’t directly subract Q and $\pu{K_{sp}}$ to find the amount of salt precipitated.

Not the answer you're looking for? Browse other questions tagged equilibrium solubility or ask your own question.

10
Why do solutions become saturated?
1
How to calculate the solubility of AgCl in a MgSO₄ solution?
2
Solubility of calcium hydroxide determined by titration
0
Can precipitation reactions attain equilibrium?
4
Dynamic equilibrium in unsaturated solutions
2
Calculating equilibrium concentrations of silver and halide ions