In IIT-JAM 2018, There was one question, which one of the following oxides are ionic? There was one option PbO also. According to the official answer key, PbO isn't ionic.

Although I know this distinction between ionic and covalent isn't defined sharply. But Pb is a metal and Oxygen is a non-metal. So according to me, it should be Ionic. I tried to find on the internet I couldn't able to find out about PbO, although PbO2 is defined in between of ionic and covalent according to this paper. PbO should be more ionic than PbO2 since oxidation state of the Pb is lower, it will be less electronegative.

Even $\ce{PbCl2}$ is considered as Ionic according to many books, where Cl is less electronegative and much bigger in size as compared to O, So At least PbO should have more ionic character than $\ce{PbCl2}$ according to the Fazan's rule.

So should I challenge the official answer key? If yes, then on what basis? Which reference should I send to them? 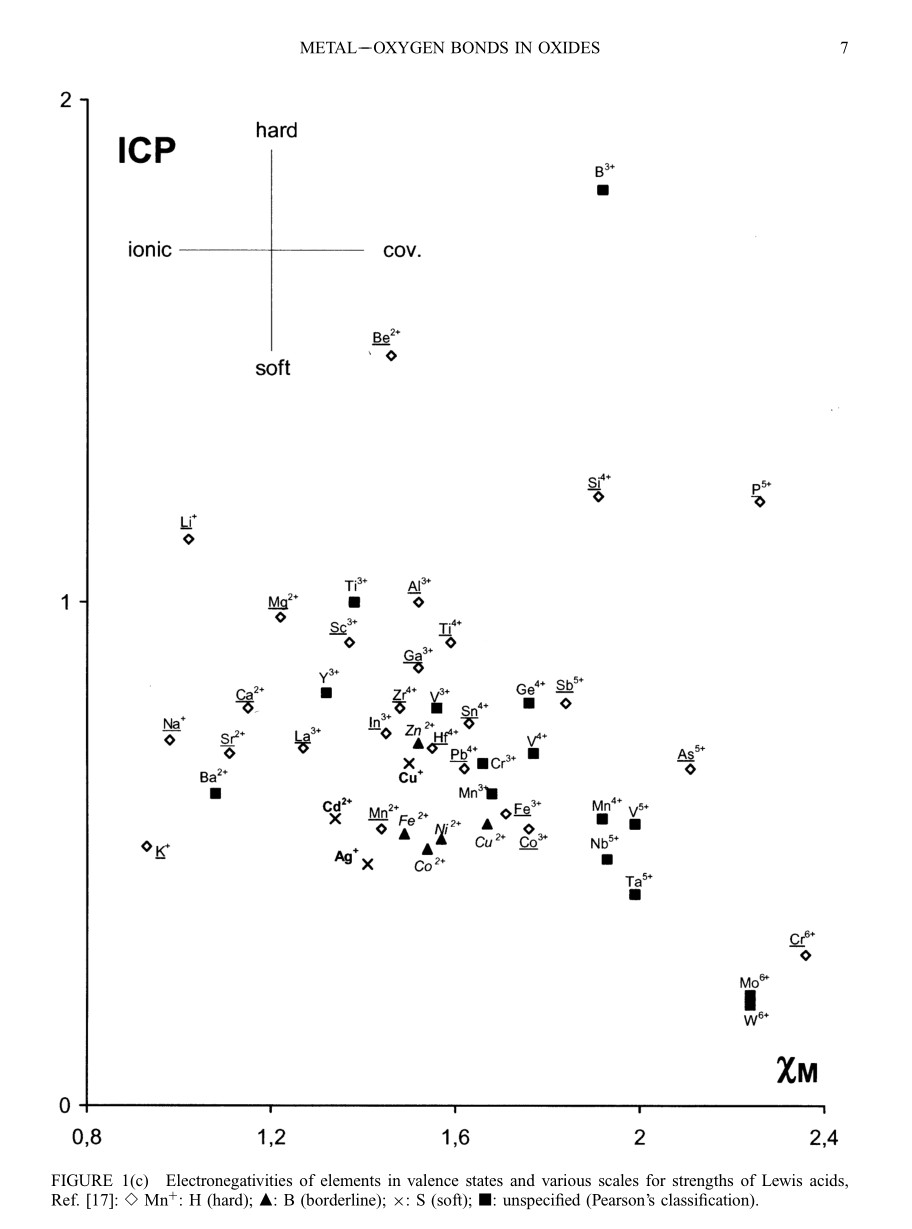 Iono-Covalent Character of the Metal–Oxygen Bonds in Oxides: A Comparison of Experimental and Theoretical Data

If you want a reference to challenge the question, try page 248 of Advanced Study Guide Chemistry. There is a table on that page that says the PbO is "ionic".

There are lots of different thoughts about qualitative assignment of whether $\ce{PbO}$ is ionic or covalent.

So, I think it will be better to approach it quantitatively and for that we can take help of Hannay-Smith's equation for calculation of ionic character in any binuclear compound.

Now, putting the values we will get the % ionic character of $\ce{PbO}$ to be 33.75%, which, unfortunately for you and me (I also appeared in this year IIT-JAM and submitted $\ce{PbO}$ to be ionic),indicates that $\ce{PbO}$ is predominantly covalent in character.

Not the answer you're looking for? Browse other questions tagged inorganic-chemistry metal ionic-compounds or ask your own question.

18
Is KF the most ionic compound?

10
Why do ionic compounds dissociate whereas coordinate complexes won't?
3
Shapes of ionic compound
14
Is a highly oxidized element more electropositive than a lesser oxidized counterpart?
12
How is Al2Cl6 covalent and Al2O3 ionic?
23
What is Drago's rule? Does it really exist?
4
Comparing ionic character of group 1 elements
0
when Al2O3 melts which bonds are broken?
0
How does lead toxicity from jewelry happen vs. occupational exposure?