Q1. How can we comment on the thermodynamic stability of the following benzene derivatives? 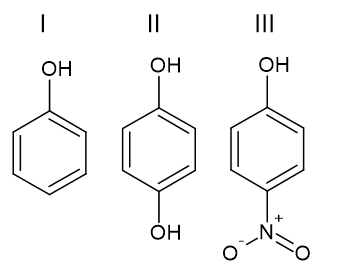 Q3. How do we compare the thermodynamic stability of benzene derivatives? Is there a specific rule, or way to go about it? Would MOT (frost circles, to be specific) help?

I looked at the extent of resonance, and other such stabilizing phenomena/interactions. However, that only tells the extent of stabilisation of the compound due to those phenomena, not as a whole.

Edit: I wish to predict the order of stability using knowledge of chemistry, and not check enthalpy of formation data and then establish the order.

Thermodynamic stability occurs when a system is in its lowest energy state, or chemical equilibrium with its environment. This may be a dynamic equilibrium, where individual atoms or molecules change form, but their overall number in a particular form is conserved.

For the particular problem in hand the lowest energy state definition is more relevant for us .

Enthalpy of formation can be used for judging the energy states.

More negative the enthalpy of formation, more stable the compound.

All data has been taken from http://webbook.nist.gov , for solid state.

The order can be calculated now as

Among the above given compounds, considering any extra stability of the compounds, their thermodynamic stability can be guessed.

For phenol, when 1 mole of it is formed there can be slightly weak intermolecular Hydrogen bonding($\ce{C6H5-OH...OH-C6H5)}$. The hydrogen bonding is slightly weak because the lone pair of oxygen atom is delocalised with the benzene ring thus creating a $\delta$+ charge on the $\ce O$ atom, due to which the dipole dipole interaction between $\ce H$ of one $\ce{OH}$ and $\ce O$ of other phenol molecule is weakened. Thus, phenol enjoys only weak intermolecular hydrogen bonding.

For 4-nitrophenol, there is stronger intermolecular hydrogen bonding, which can exist between two phenol molecules as:

Due to enhanced no. of hydrogen bonds, the compound enjoys more stability than ordinary phenol and therefore its enthalpy of formation is more than phenol.

For hydroquinone, the number of hydrogen bonding is even more. One molecule can have a hydrogen bond with four other molecules through four hydrogen bonds as shown: 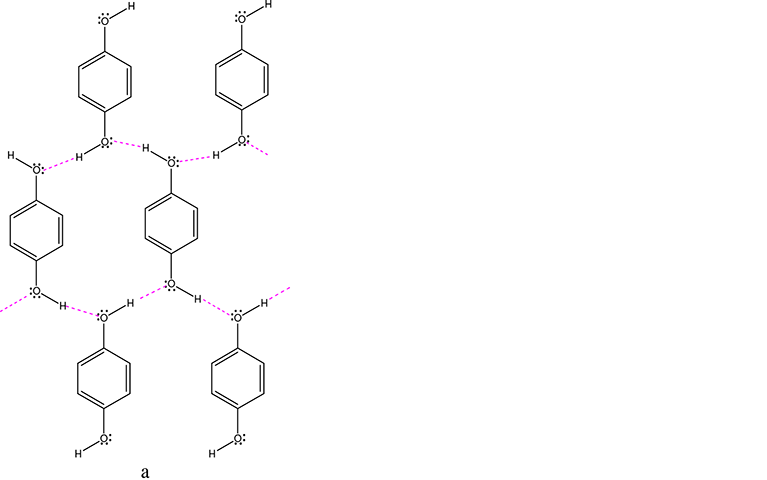 Thus the molecule of hydroquinone enjoys much more stability due to large number of hydrogen bonding, making its thermodynamic stability even more than p-nitro phenol.

Thus the stability order will be $$\text{hydroquinone > 4-nitrophenol > phenol}$$

Not the answer you're looking for? Browse other questions tagged organic-chemistry aromatic-compounds molecular-orbital-theory stability or ask your own question.

1
What is the definition of thermodynamic stability?