Does a non-terminal alkyne react with sodamide?

From the formula of (A) and the details given, it is clear that (A) is an alkyne. I could make out that (B) would be an alkane while (C) and (D) would be cis and trans alkene respectively. Now, as (A) does not react with ammoniacal $\ce{AgNO3}$ solution, it is not a terminal alkyne. But, then I got confused as the question told, (A) reacts with $\ce{NaNH2}$ to give a salt. Till now, I knew that only terminal alkynes react with $\ce{NaNH2}$. What is it that am I missing?

By the given question conditions you should easily guess that $(A)$ is $\ce {Hex-2-yne}$. When it is reacted with $\ce{NaNH_2}$ in presence of heat it can isomerise to terminal alkyne by following this mechanism and then $\ce{CH_3I}$ addition will simply follow an $\ce{S_N2}$ mechanism. 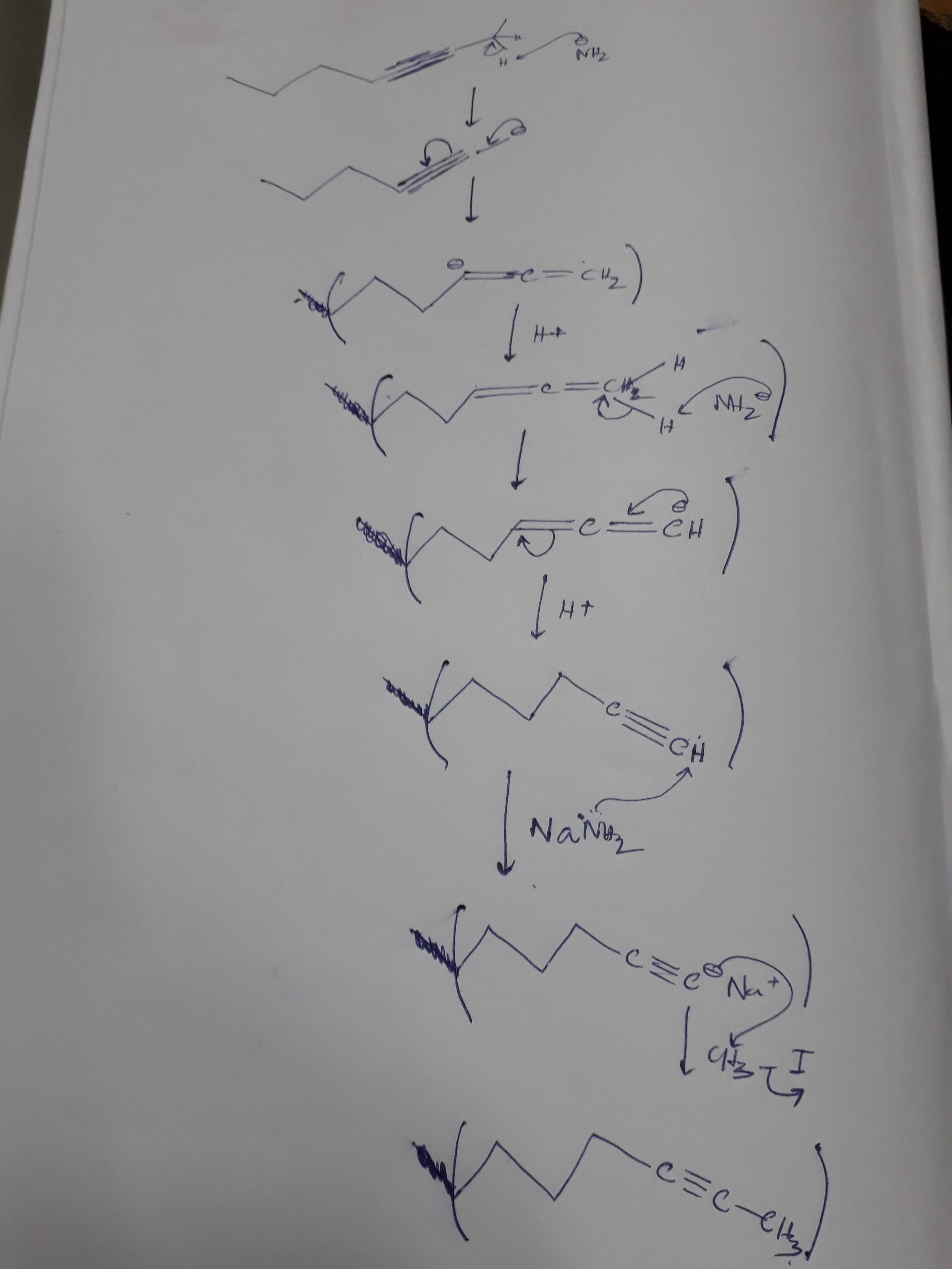 Secondly,Ozonolysis will yield an aldehyde which can get oxidised to acid in oxidative medium.

0
How would sodium amide react with a non-terminal alkyne?
-1
Ozonolysis Reaction
0
What will be the major product of the following dehydrohalogenation?

4
Reaction of alkyne with sodium in ethanol
4
Reaction of dihalides with excess of NaNH2
4
Method for regioselective hydroalkylation of terminal alkyne
1
How does Al-Hg react with carbonyl in presence of concentrated HCl?