This is an interesting problem, I think it is best for a moment before I get stuck in that we considered a slightly different compound. I will consider it with an external magnetic field applied to it. Napthalene, now napthalene has two aromatic hydrogen environments in its NMR spectrum. These are very similar in chloroform to benzene in terms of chemical shift.

This makes me think that the ring currents go in the same direction in this compound. 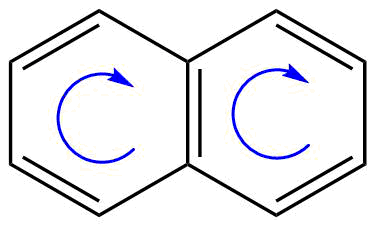 It may be better to consider the ring current as flowing along the perimeter of the aromatic system rather than the loops formed by the six membered rings. 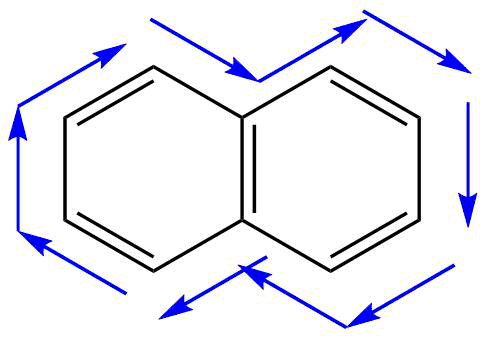 If this exchange of sites was fast then I would expect to see two sites which are each the average of the two sites. I would also expect the chemical shifts of the napthelene to be very different to that of benzene.

If we allow ourselves a little diversion for a moment, the cyclopropanes have a rather rare proton chemical shift, this is becuase the C-C bonding in cyclopropane has some pi character and the hydrogen nuclei are above the ring in such a place that the ring current has the opposite effect on the NMR shift to the magnetic field due to the ring current in benzene. 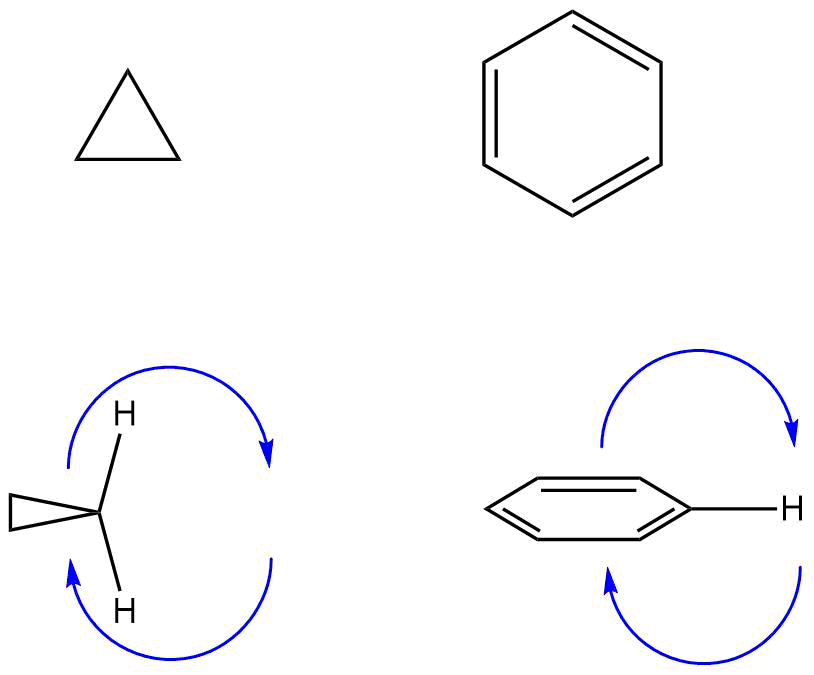 Now if we move onto purine, in case anyone is not sure what the shape of it is then here it is. 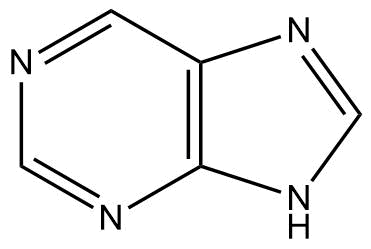 1
Proton NMR signals and rings
0
What happens to the shielding of the proton when an alcohol is oxidized?
13
Qualitative explanation of how COSY works
3
NMR sweeping magnetic field
0
Protons on aromatic rings in NMR
10
Radiofrequency transmitter in an NMR experiment: Is there an involvement of (electromagnetic) radio wave?
1
Why do electron-withdrawing groups deshield outer ring protons?
3
How can a 90 degree pulse cause precession perpendicular to the applied field in proton NMR