How do energy changes in reactions avoid violating the conservation of momentum?

As mentioned in this question, the idea of chemical potential energy explains how the thermal/kinetic energy of particles can change in a reaction; energy is taken in / released by the bonds broken / formed.

However, consider the reaction A -> B + C occurring in a closed system of just these single particles.
A reaction such as this is often endothermic. Therefore, the kinetic energy of the products must decrease. However, it is impossible to remove kinetic energy from the system without changing momentum (unless B and C are travelling in opposing directions to begin with, which is not the case. If they split in opposite directions, that will have already resulted in a KE gain).

How can this happen without violating the principle of conservation of momentum?

EDIT: Here is an explanation showing that it does not work if B and C travel in opposite directions: 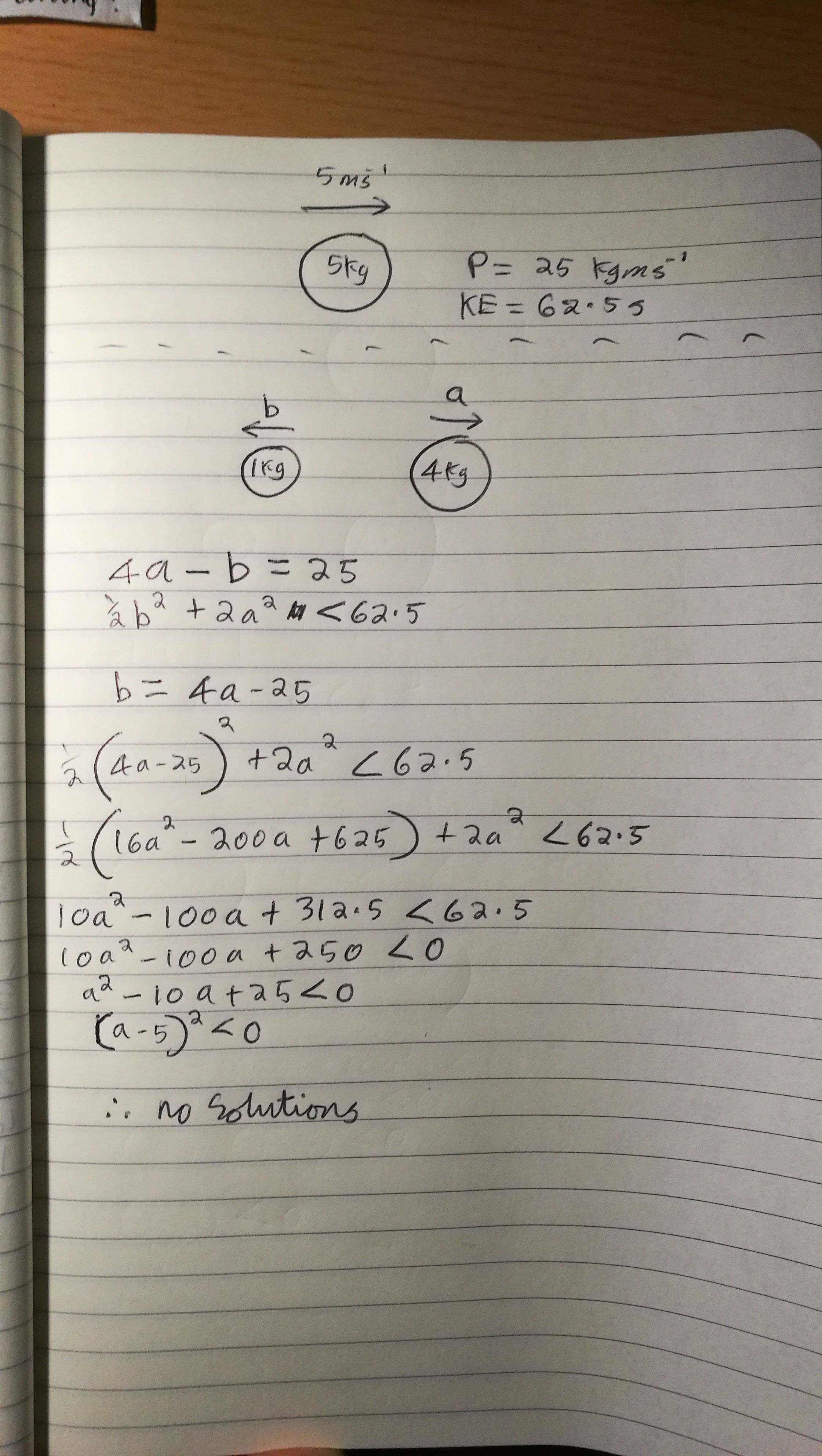 How do you measure temperature? The thermometer has to be in thermal equilibrium, so you need to send the thermometer with the object. But that means that temperature, for our purposes, is going to be invariant between different reference frames. No matter how you're moving, the reading on the thermometer is the same.

This is clearly not the case with translational kinetic energy of the bulk material. In the rest frame of the object moving with constant velocity, the kinetic energy is zero.

I would also like to point out that you've just described a rocket. And rocket science, while complicated, is still obeying conservation of energy and momentum.

That's an excellent question, and your reasoning proves exactly what it seems to be proving: that such a scenario is not possible. A molecule can't just up and transform its own kinetic energy into some endothermic reaction within itself, since the conservation of momentum forbids that. Whether or not the molecule snaps in two (or maybe more) parts, the total kinetic energy must become lower, and the momentum must remain the same. There is no way to reconcile these contradicting demands.

How are endothermic decomposition reactions possible, then?

By looking at the bigger picture, that's how. Say, a molecule bumps into a wall or another molecule. Its momentum is lost; the constraint no longer applies. (The total momentum of the system is of course still conserved, but the system is now bigger than just one molecule). Now the molecule may bounce off like a tennis ball and fly away at the same speed (that's what we call an elastic collision). Or... it may react.

The apparent problem here arises because of a confusion between the bulk view of a reaction and the view from the perspective of individual molecules.

This answer is meant to put some order to my comments that, lets fragmented, appeared cryptic to the OP.

Moreover I try to answer without editing. The involved calculations just require second degree equations thus every reader can easily figure them.

The OP is forced to confusion because he assumed that the kinetic energy KE of one particle must be reflected in temperature T. This is a wrong assumption as for in a statistical ensemble of particles, a number of them have KE lower or higher than the average value, which is the one related to the macroscopic value T of the system.

where all the answers deserve attention but the most voted one suffices to the current discussion.

The wrong assumption, once made, drives OP to think that the dissociation A --> B + C, being endothermic, results in a lower T of the products, or in other words the process takes energy at cost of the KE of the particles.

This is true for an ensemble in which collisions occur but obviously not in the system under consideration.

The only way for A dissociating is to input energy into the balance.

The system is easily treated supposing molecule A at rest, either isolated or in the ideal box as in the question.

Nothing happens to it unless the enthalpy of reaction DeltaH is inputted to the system in a way or another, let us assume is already in the box if we want to keep it closed and isolating.

In this case the conservation of momentum requires

and the conservation of energy

There is not a disequality (forced by the vicious assumption endothermic process => T decreases => KE decreases) but just energy conservation.

In the case of A moving with an initial speed the treatment is the same. It suffices to treat the system in a new reference frame applying galilean relativity.

The thermochemistry and the physics of the process remains exactly the same.

A more realistic scenario is as follows. Let us open a small hole to the box and shoot A through it with a certain speed. As soon as A enter the box the aperture is closed and the box is isolating.

Now we can wait until A collides to the wall. Assuming KE of A is enough, the collision with the wall*** (not the following dissociation!) can be treated as an elastic one which solely triggers the dissociation reaction itself. In this case the DeltaH is taken at expense of kinetic energy, but indeed there is a collision transferring the required amount of energy. In a way the scenario is more similar to that of a statistical system of particles (equipartition and microscopic interpretation of T do not hold, tough and still).

The equations are now***

Ideally B and C will recombine along their trajectory giving back A and so on. However no work no heat can be extracted.

Although the real molecule(s) have other channels to store/transfer energy, the above arguments shall answer the question.

***for the treatment of the collision to the wall, and specifically for the reversal of velocities, the trick is as for the elastic bouncing of a small ball against a rigid and much more massive body.

Not the answer you're looking for? Browse other questions tagged energy enthalpy or ask your own question.

0
Microscopically, how does temperature increases in simple exothermic reactions?
5
Is the kinetic energy turning into activation energy when the reaction takes place?
1
Why are molecular reactions endo- or exo-thermic?

3
Difference between internal energy of combustion and enthalpy of combustion?
1
Changes of Internal Energy un open system
1
How does the relative amount of oxidation of different alcohols affect the amount of energy released?
2
Potential energy surface when spin changes
1
How can change in Gibbs free energy ever be positive?
5
Pressure exerted by a particle of ideal gas