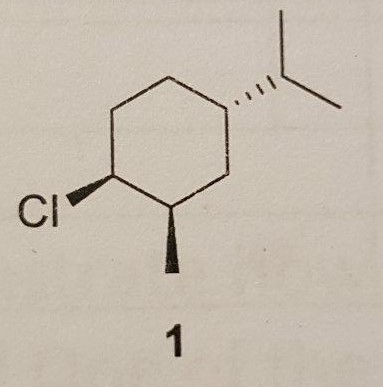 I am asked to draw the most stable chair conformation of compound 1. 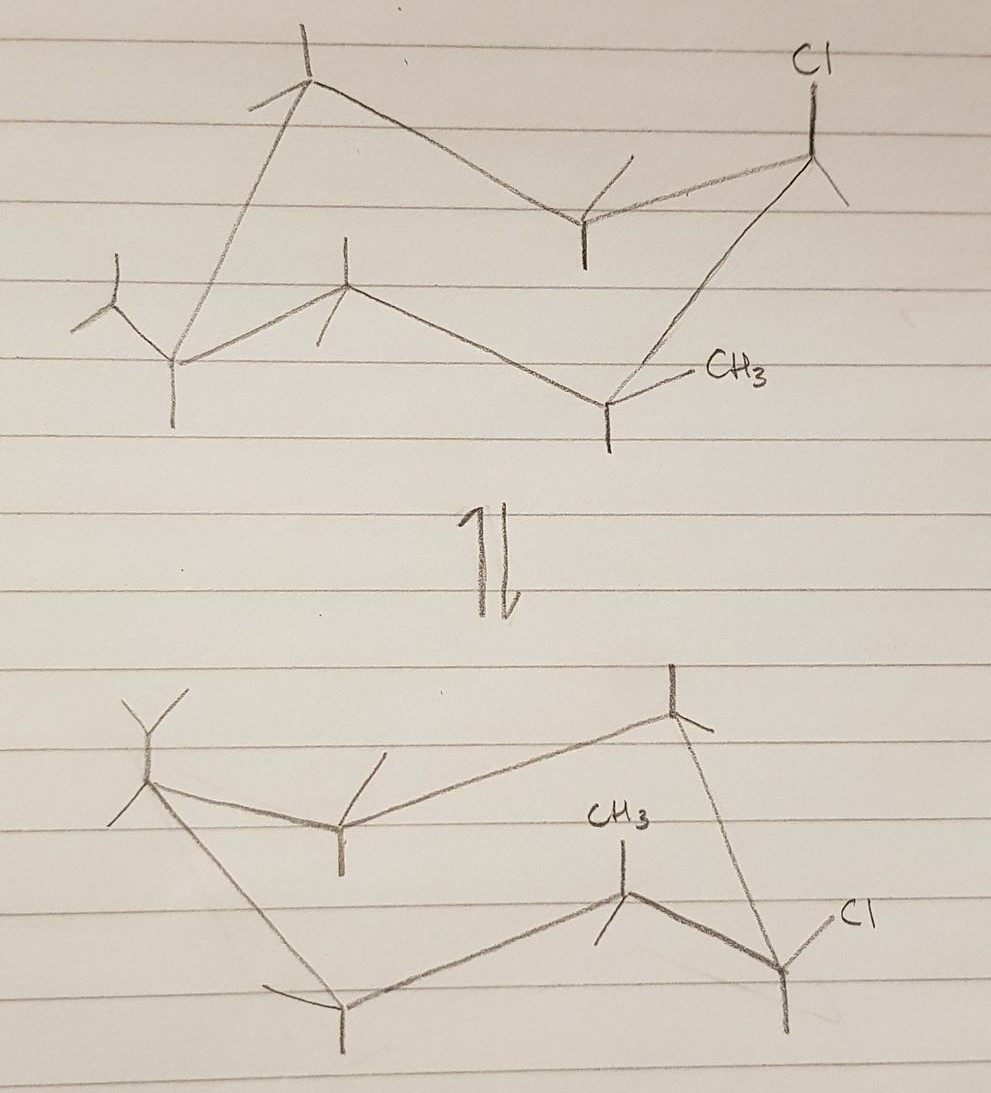 The lowest energy conformer for a cyclohexane ring with multiple substituents will be the one in which the largest group occupies an equatorial position.

Steric parameters are tabulated in many organic chemistry textbooks, the most common of which is the A-value. The A-value represents the difference in energy (ΔG) between a group being axial/equatorial on a cyclohexane ring, thus, as a group gets bigger, its A-value increases, reflecting the increasingly high energy needed to flip the ring.

In your example, building a simple model with a kit will show you that having the iso-propyl group axial isn't terribly favourable (interestingly the iso-propyl group has a similar A-value to ethyl, due to the ability of the group to rotate, avoiding having a methyl group pointing into the ring).

I ran a few simple calculations (molecular mechanics followed by DFT optimisation - gas phase) on the axial and equatorial conformations, which showed that the two conformations are separated by around 3.4 kcal/mol. The minimum energy conformation of your example is shown below: 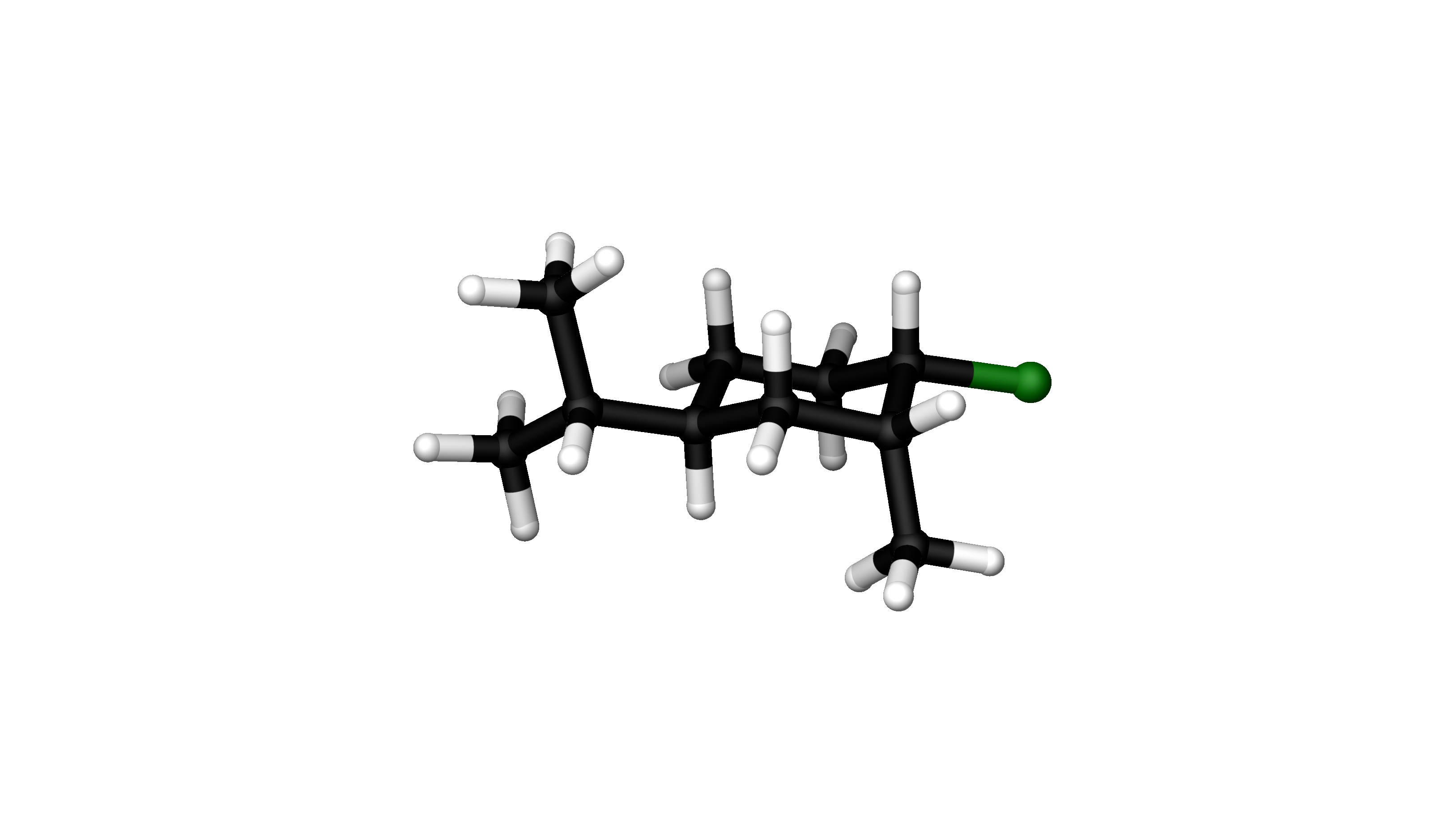 Not the answer you're looking for? Browse other questions tagged organic-chemistry stability cyclohexane or ask your own question.

9
Why is it that the bigger the side-chain is, its hydrogen atoms tend to be more equatorial?
6
Which cyclohexane conformation is more stable?
11
Why can the lone pair not align with the phenyl moiety in 2,6-xylidine?
11
Steric effects of a lone pair and piperidine
16
Is cyclopentadiene or cycloheptatriene more acidic?
4
Is there an A value for the carbaldehyde and vinyl groups?
2
Aren't hydrogens on less substituted groups more electrophilic?
0
Conformations of cyclohexane and flipping
1
Chair conformations of cyclohexane with two substituents
4
Newman projections: how to tell which groups are bulkiest to determine what is the most stable conformation?