Basicities of nitrogen atoms in purine

Arrange the sites in purine in order of basicity.

I feel that 9 is the least basic as nitrogen's lone pair is delocalised. However, I am unable to rank 1, 3, and 7 in a particular order. Is there a particular theory to decide basicity of sites?

I don't think that question is trivial and except for what you have already deduced, I would not have an idea how to solve that without employing computational chemistry.

The problems already start that I suspect that the proton from position 9 readily exchanges to position 7 in any kind of polar solvent (and in absence why not with itself).

Well from that point on forward, I'd say you need at least a lot of acid to protonate 9, as the π system is aromatic and will most likely not react first.

After that you could probably deduce from the approximate bond angles which of the nitrogen would have the largest s- and p- character, then rank them from highest to lowest p contribution. The one with the most will probably be the HOMO and therefore react first. To be honest though, this is just guessing.
I have absolutely no clue what the lesson with this exercise it, except for: "They're pretty much the same."

Let's have a closer look anyway. I have computed the neutral molecule at the DF-B97D3/def2-TZVPP level of theory, and used NBO6.0 for the partial charges: 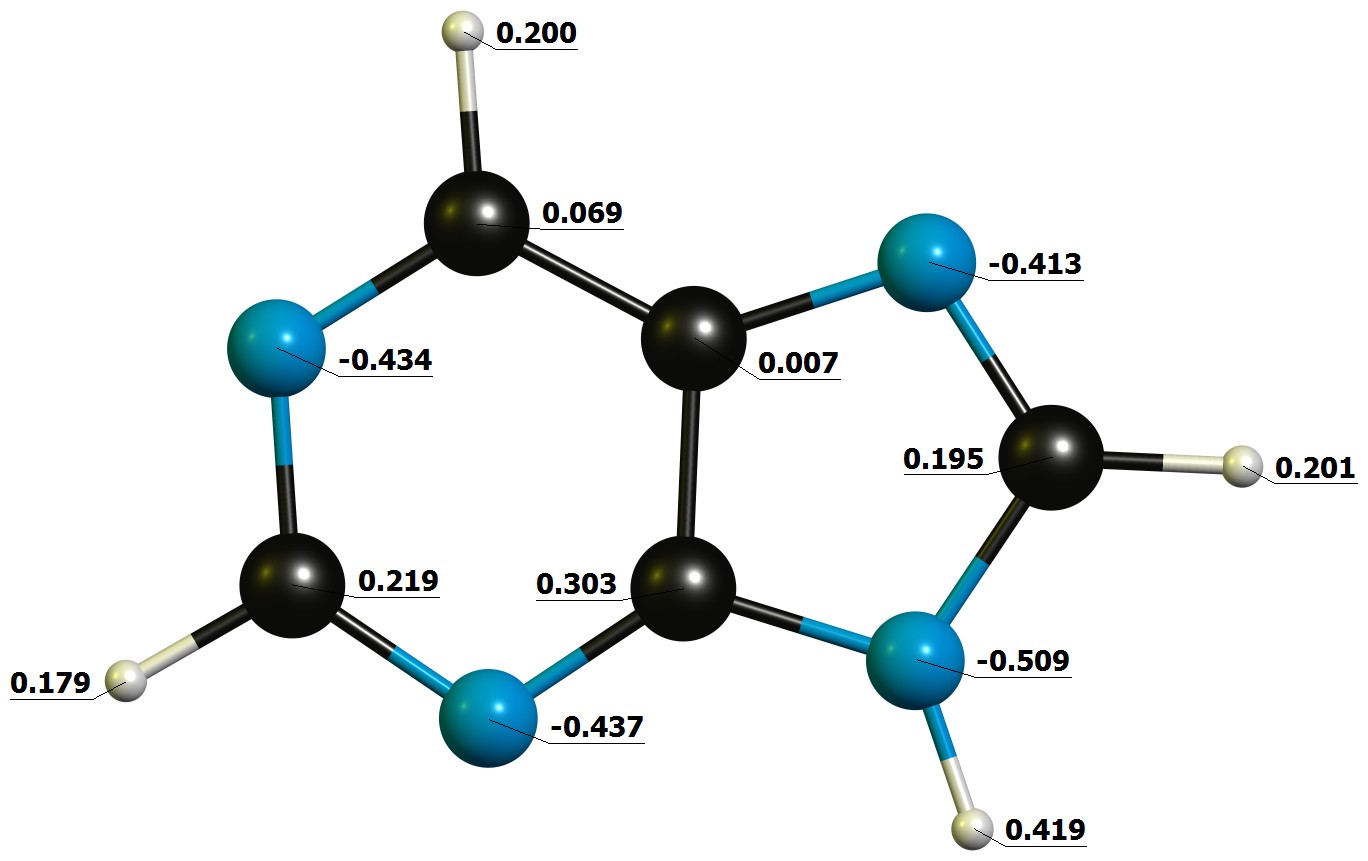 As expected, there is not much of a difference; I'd even go as far and say they are the same. Position 9 is a little bit more negative, because it has a hydrogen to draw from.

Next up, let's have a look at the highest molecular orbital, as we would assume to protonate there: 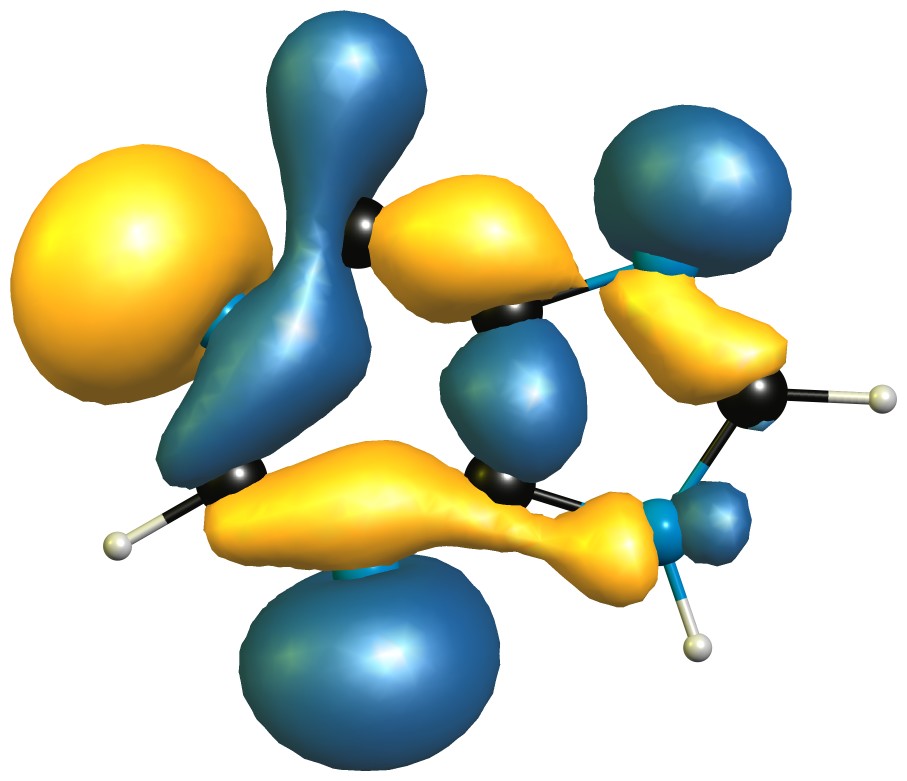 Again, there is only little to no difference. Or in numbers (contributions > 3%):

From this we would conclude that since N1 has the largest contribution, the proton is most likely to go there.

From this we conclude that the most likely position to be protonated is N1, followed closely by N7, and also N3. Off the charts is, as expected, N9 as it breaks the aromaticity.

6
Why does the tautomerism of purine favor 9H-purine?
15
How sure can we be about the structure of purine?
9
Most basic nitrogen in Adenine
1
Basicity of nitrogen heterocyclic compounds

9
Is steric inhibition of resonance or steric inhibition of protonation dominant in o-toluidine?
1
Basicity of nitrogen heterocyclic compounds
3
Comparing the basicity of aniline and ortho anisidine
10
Protonating/basic site and Brønsted basicity orders of beta, gamma, and delta lactams
4
Basicity comparison of ammonia derivatives (and guanidine)
0
Basic strength of nitrogen