Orientation in benzene rings with more than one substituent

I know $\ce{-NO2}$ is a deactivating, meta-directing group and hence it decreases the electron density at positions 2, 4, 6 while position 5 is unaffected. On the other hand, $\ce{-Cl}$ is a deactivating, o-p directing group and hence it directs the incoming group to positions 2,4 or 6. Taking into account the fact that $\ce{-NO2}$ is a more powerful deactivating group than $\ce{-Cl}$, the incoming $\ce{Cl+}$ should be attached at position 5 as it has more electron-density than 6,2 or 4 position. But the product with $\ce{Cl}$ at position 5 is not formed. Why so? I am unable to rationalise this.

Source: page 583 of "March's Advanced Organic Chemistry, 7th ed." under the heading "Orientation in benzene rings with more than one substituent".

Some substituents have a pair of electrons (usually unshared) that may be contributed toward the ring. The three arenium ions would then look like this: 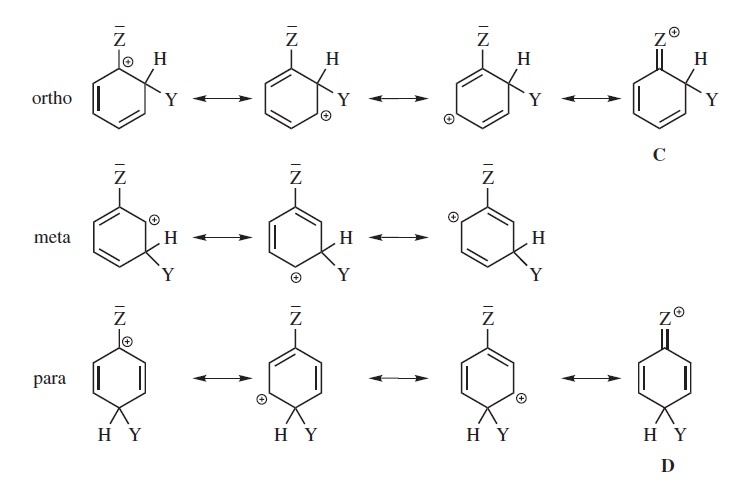 The stability of these two ions is increased by the extra form not only because it is another canonical form, but because it is more stable than the others and makes a greater contribution to the hybrid. Every atom (except of course hydrogen) in these forms (C and D) has a complete octet, while all the other forms have one carbon atom with a sextet. No corresponding form can be drawn for the meta isomer.The inclusion of this form in the hybrid lowers the energy , but also because it spreads the positive charge over a larger area—out onto the group Z. Groups with a pair of electrons (e.g., as the halogens) to contribute would be expected, then, in the absence of field effects, not only to direct ortho and para, but also to activate these positions for electrophilic attack. (my emphasis)

In your example, if chlorine electrophile attacks at C-4 or C-6, the resulting intermediate is stabilized by an extra resonating structure, lowering the energy of this intermediate.Hence electrophillic aromatic substitution takes place. 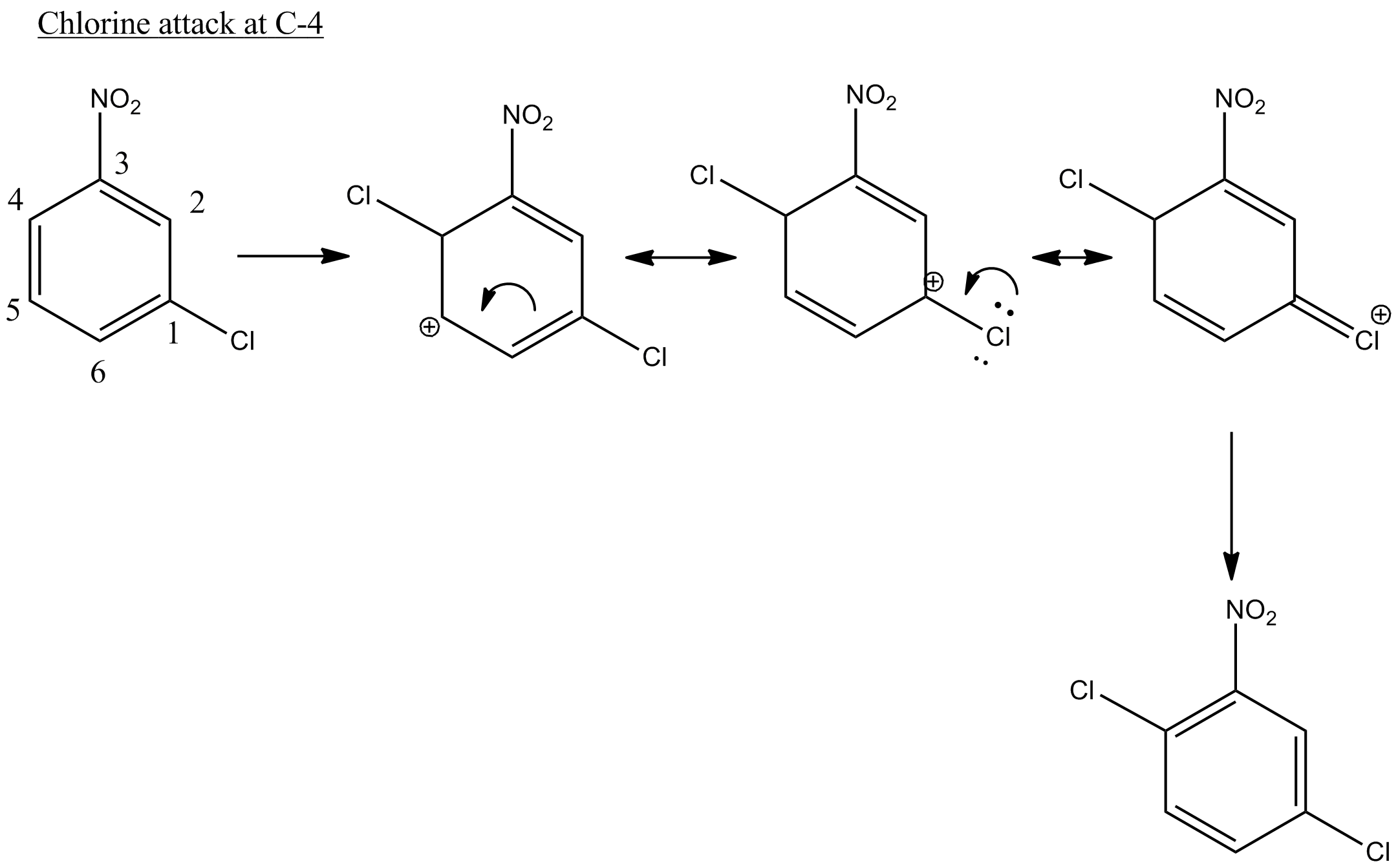 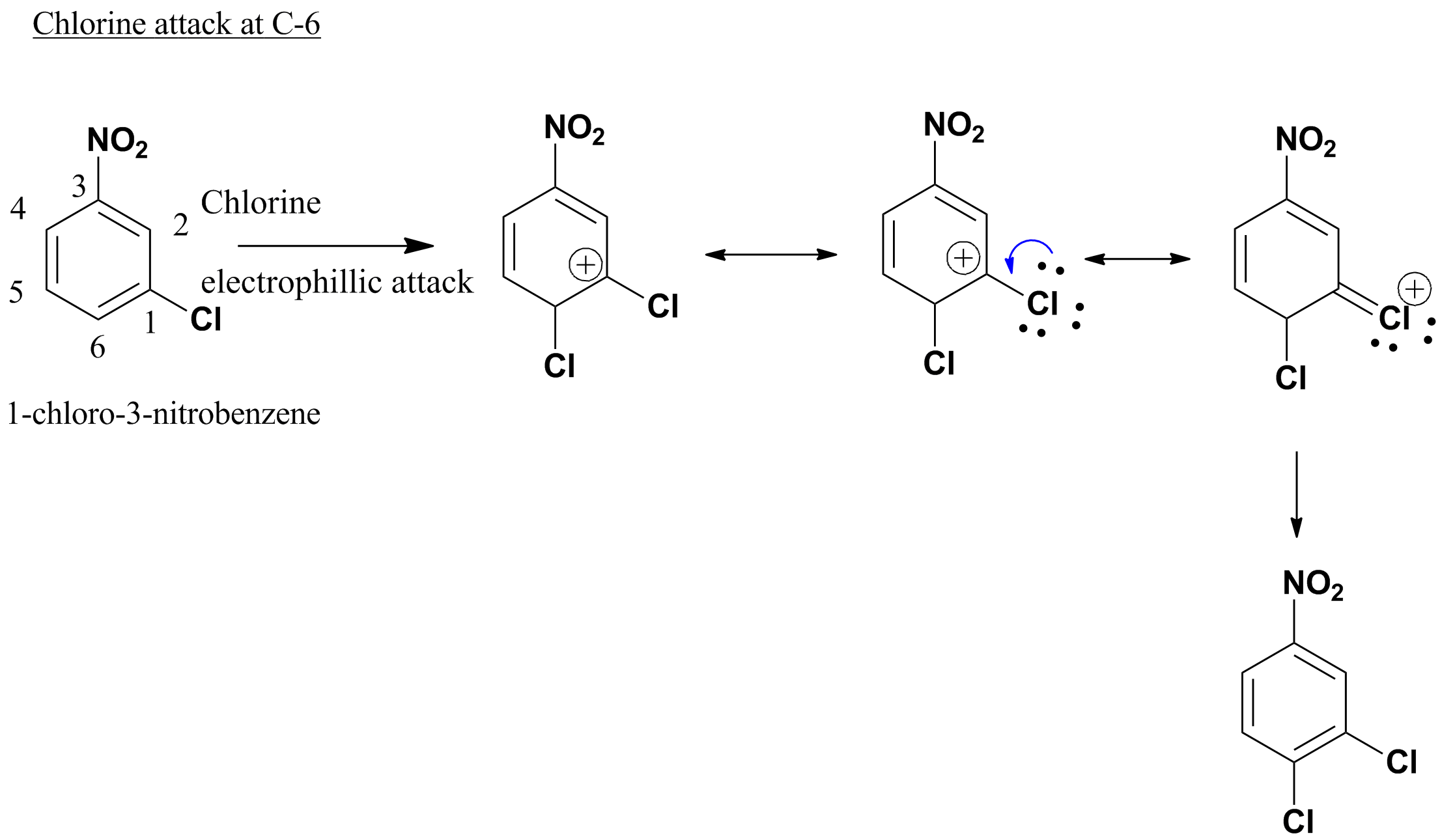 This is the possible reason that the product with Cl at position 5 is not formed.

The influence a substituent exerts on the reactivity of a benzene ring may be explained by the interaction of two effects:

The first is the inductive effect of the substituent. Most elements other than metals and carbon have a significantly greater electronegativity than hydrogen. Consequently, substituents in which nitrogen, oxygen and halogen atoms form sigma-bonds to the aromatic ring exert an inductive electron withdrawal, which deactivates the ring.

The second effect is the result of conjugation of a substituent function with the aromatic ring. This conjugative interaction facilitates electron pair donation or withdrawal, to or from the benzene ring, in a manner different from the inductive shift. If the atom bonded to the ring has one or more non-bonding valence shell electron pairs, as do nitrogen, oxygen and the halogens, electrons may flow into the aromatic ring by p-π conjugation (resonance).

The second factor that becomes important in reactions of substituted benzenes concerns the site at which electrophilic substitution occurs.

The exact influence of a given substituent is best seen by looking at its interactions with the delocalized positive charge on the benzenonium intermediates generated by bonding to the electrophile at each of the three substitution sites. 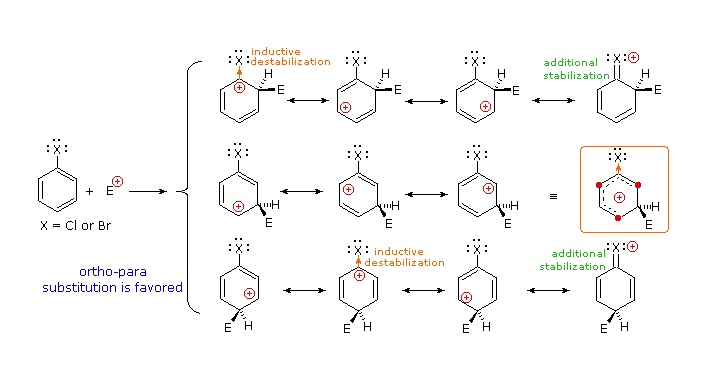 Not the answer you're looking for? Browse other questions tagged organic-chemistry reaction-mechanism aromatic-compounds or ask your own question.

7
Which is the major product formed on nitration of benzyl methyl ether?
2
Why does 1,2-dichloro-4-nitrobenzene undergo SNAr para and not meta to the nitro group?
2
Effect of chloromethyl substituent vs methyl substituent on yields of nitration
9
Effect of substituents on arene oxide-phenol rearrangement
1
activating and deactivating groups and directing effect
9
Meta-directing nature of anilinium cations