Bromonium ion or Mesomeric effect ( intermediate during addition to alkenes)

It's mentioned in Peter Sykes , A Guidebook To Mechanism In Organic Chemistry , 6th edition, 13th impression by Pearson, Pg. No. 185 , that on addition of $\ce{HBr}$ to bromoethene the only product obtained is 1,1-dibromoethane. It's due to the positve mesomeric effect of bromine to stabilize the carbocation in this case, however the rate is remarkably slower as compared to addition to ethene. 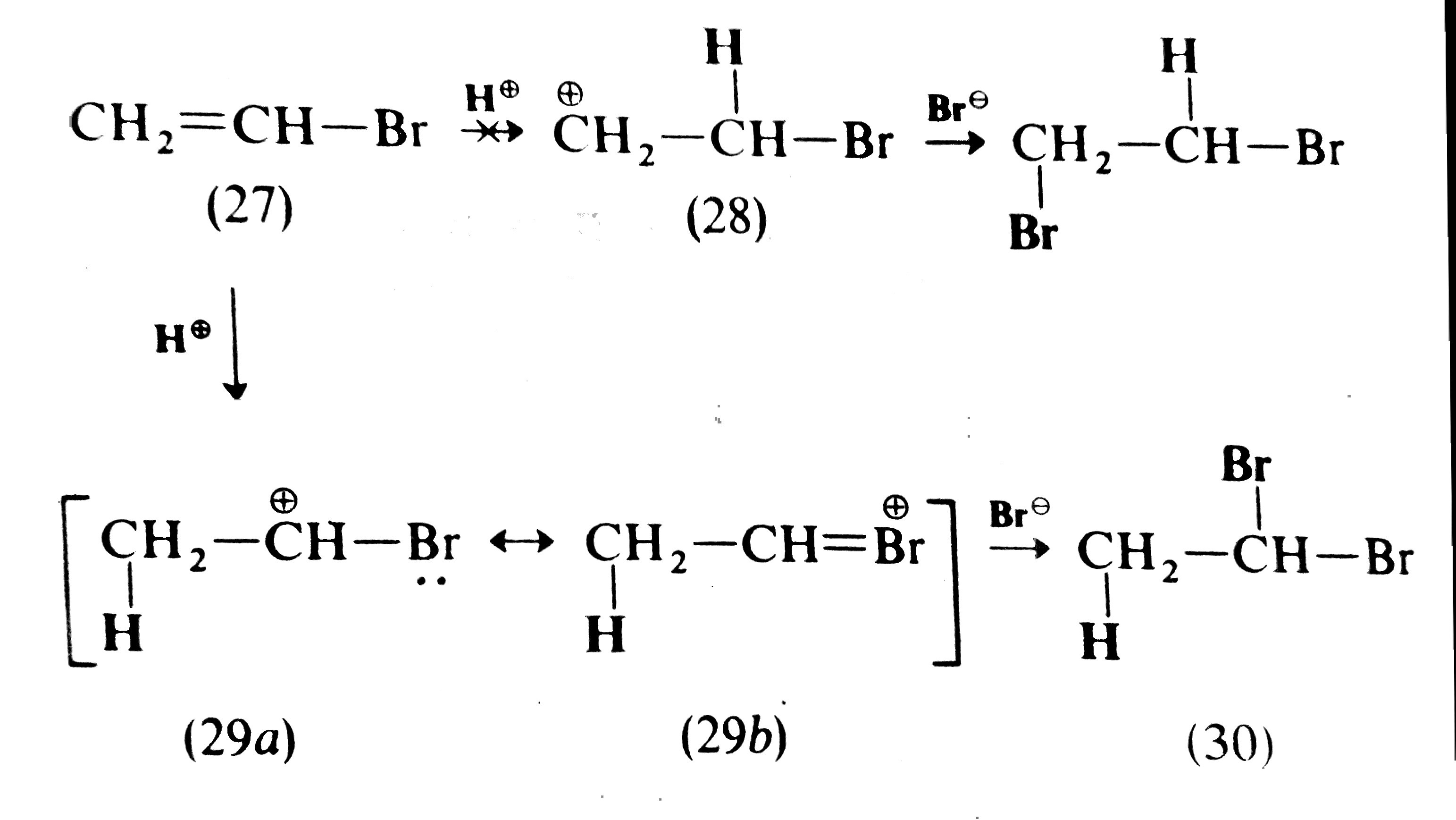 Another reaction corresponding to addition of $\ce{Br2}$ to ethene proceeds with the formation of a bromonium ion intermediate. 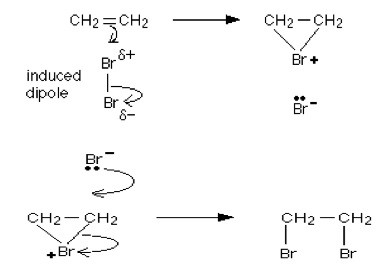 My question is, why can't the first reaction just proceed with a bromonium ion intermediate, like (28) above can form a bromonium ion and give 1,2-dibromoethane as a product (there may be a possibility that the carbocation may be formed away from bromine to counteract the strong negative inductive effect and in that process it may interact with the lone pairs of bromine to form bromonium ion)? And if bromonium ion is unstable (that is if it can't be formed in 1st reaction) why does it form at all in reaction 2? Why can't the Bromonium ion in the 2nd reaction just undergo a 1,2- hydride shift and convert into the "more stable" ion like 29b. It should also lead to formation of geminal dibromide .It's a circular argument.

It's clearly mentioned that bromonium ion and carbocation are canonical forms of each other , which means you expect them to convert into bromonium ion whenever there's a positively charged carbon near a bromine atom.

The carbocation doesn't stay the way it is in structure 4. It rather forms 3. Notice the bond between phenyl ring and the carbon atom on the right. It's not a completely solid bond.

You are not going to see the formation of a primary carbocation—the activation energy is too high. Even though it is true the following are resonance structures of one another:

the geometry in which the primary carbocation is formed does not allow for the simultaneous formation of the bromonium ion:

The bromonium would only be able to form after a rotation of the $\ce{C-C}$ bond, so we need to consider the primary carbocation sans-bromonium as the real product of the protonation of the alkene. This is a very high energy product, so it will be slow to form at low temperatures and is out-competed by the other reaction. Since positive charge on carbon-1 can immediately be delocalized to the bromine, this product of protonation is more stable (meaning it forms faster).

First of all, structure (9)-bromonium ion intermediate and structure (10)-the open intermediate aren't canonical forms of each other simply because "In most resonance, $\sigma$ bonds are not involved(except in hyper-conjugation but what we have here is not hyper-conjugation), and only the $\pi$ or unshared electrons are put in different ways and canonical forms don't really exist(its our imagination) but reaction intermediates like bromonium ion and structure (10)-type intermediates have been isolated under special conditions." Had structure(9) and (10) been canonical forms of the same molecule, we would've never been able to isolate structure(9) and (10). The positive charge in structure(10) might be stabilized by an attraction for Br but that does not involve a full bond.(see the image below)

The possibility that "the carbocation may be formed away from bromine to counteract the strong negative inductive effect and in that process it may interact with the lone pairs of bromine to form bromonium ion" sounds unreasonable to me because the carbocation will always form on the bromine side as the +M effect of bromine that stabilizes (29a) & (29b) is way more than its destabilizing -I effect.

In the addition of HBr to bromoethene, it follows the convention: "the electrophile attacks the substrate before the nucleophile does". Electrophile need not actually be a positive ion but can be the positive end of a dipole or an induced dipole, with the negative part breaking off either during the ﬁrst step or shortly after. So, the formation of the carbocation after the attack of the proton is inevitable.

But due to the fact that in reaction 1, the electrophile is hydrogen ion, the reaction takes place through the mechanism involving structure (10) and not the one in reaction 2 involving the bromonium ion intermediate(9).

I hope you realize that (2) never forms (4). Your statement saying that (4) forms (3) interconvert among themselves is not correct rather (3) and (4) are separate species formed through different set of mechanisms. None of the structure is a canonical form of the other.

Don't get confused by the reaction that I mentioned above, Peter Sykes says This neighbouring group participation by bromine does not ofcourse prove that addition to alkenes proceeds via cyclic bromonium ions, in the past,the reaction was just used to show that such species(cyclic bromonium ions) are not just mere assumptions. That's all!