I'm facing the challenge of naming this molecule: 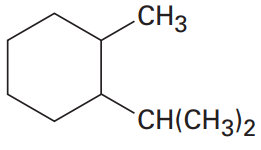 We have to name it as an alkyl-substituted cycloalkane, since the ring has more carbons than the longest substituent (isopropyl). My questions:

Thus, the correct alphanumerical order in your example corresponds to the name x-isopropyl-y-methylcyclohexane.

Note, however, that the prefix ‘isopropyl’ is retained for use in general nomenclature but the preferred IUPAC name is ‘propan-2-yl’.

Therefore, the preferred IUPAC name for your example is actually 1-methyl-2-(propan-2-yl)cyclohexane because ‘methyl’ is cited first in the name (since alphabetical order is used to establish the order of citation of substituent prefixes in the name).

Let me first quote some rules given by IUPAC (1) and then come to your question.

2.25 - Univalent branched radicals derived from alkanes are named by prefixing the designation of the side chains to the name of the unbranched alkyl radical possessing the longest possible chain starting from the carbon atom with the free valence, the said atom being numbered as 1. Examples to Rule A-2.25 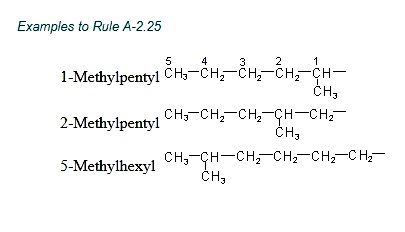 The following names may be used for the unsubstituted radicals only: 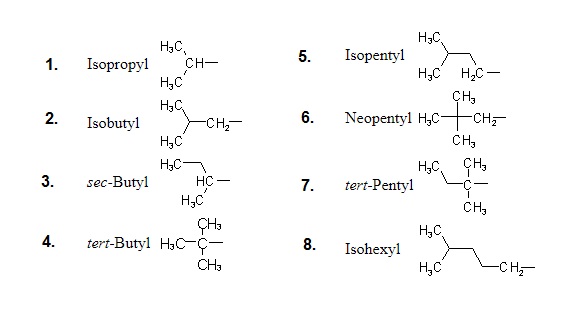 2.3 - If two or more side chains of different nature are present, they are cited in alphabetical order .

The alphabetical order is decided as follows:

(i) The names of simple radicals are first alphabetized and the multiplying prefixes are then inserted. 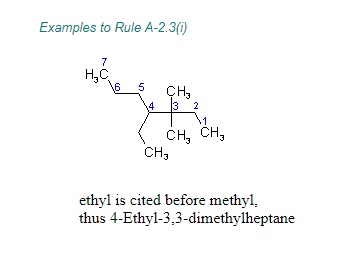 (ii) The name of a complex radical is considered to begin with the first letter of its complete name.

2.4 - If two or more side chains are in equivalent positions, the one to be assigned the lower number is that cited first in the name.

For arranging substituents , which are treated as prefixes the following rule is followed.

(a) Simple prefixes (i.e., those describing atoms and unsubstituted substituents) are arranged alphabetically; multiplying affixes, if necessary, are then inserted and do not alter the alphabetical order already established.

Now comming to your question , it has two substituents methyl and isopropyl at equivalent positions. Using rule 2.4 and R-0.1.8 , numbering is started from isopropyl end and named.

5
Nomenclature of an organic compound

10
Functional group naming order?
1
R, S Configuration and Branching - Which Path?
16
IUPAC systematic name of Carminic Acid
1
R & S Stereochemistry of an unsaturated ring system
0
Drawing and naming structures
1
What is the correct IUPAC name of this compund?
9
How do you name this compound using IUPAC system (including steps)?