Why is the rate of reaction of polar EAS favored by inductive effects and the rate of less polar EAS reactions through hyperconjugation? 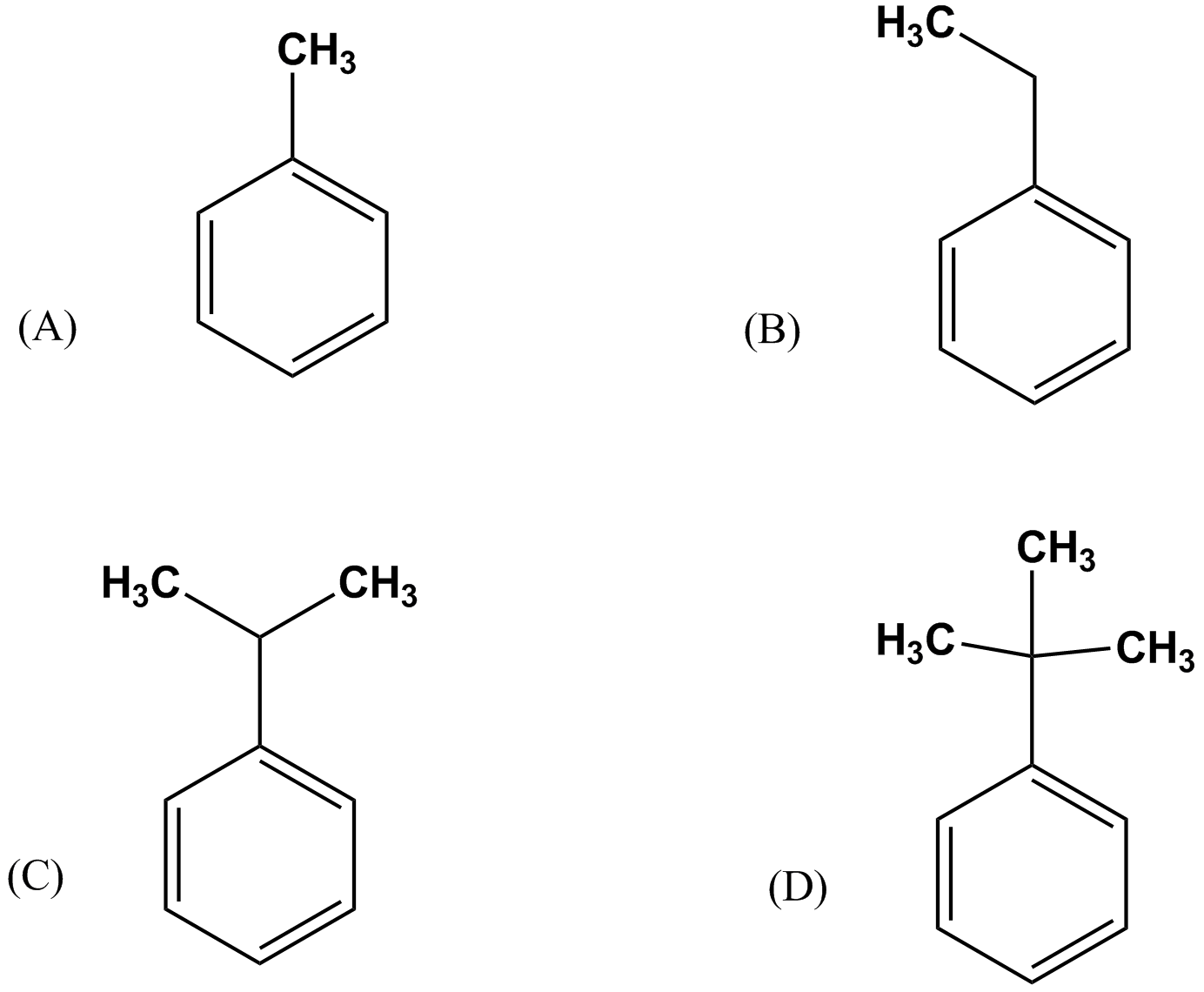 1. Reactions involving strong electrophiles (nitration) are said to be governed by Inductive effects thus the order of nitration is
D>C>B>A
2.Chlorination is a less polar reaction thus chlorination said the be governed by hyper conjugation.
A>B>C>D

My question is, why?

So why is it that
The rate of reaction of polar EAS favored by inductive effects and the rate of less polar EAS reactions through hyperconjugation. 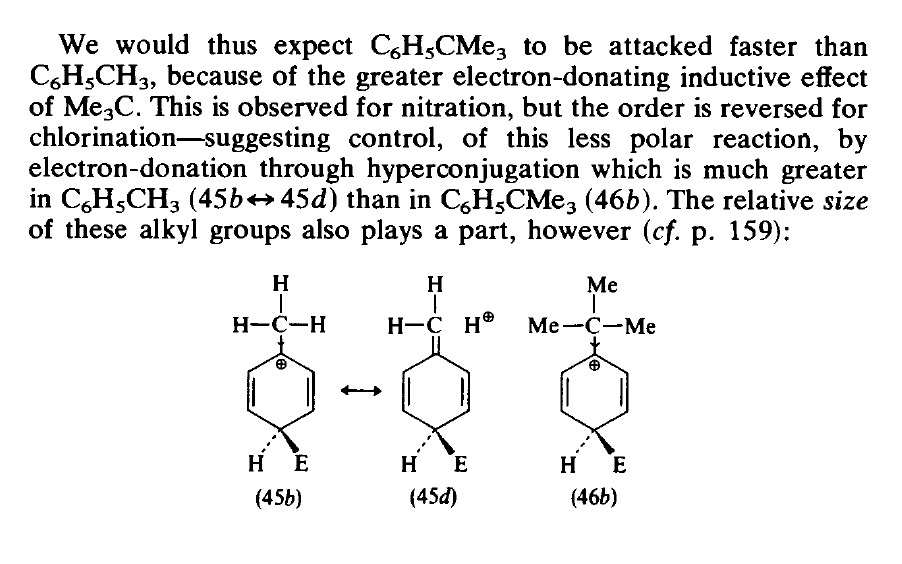 EDIT I have been asking around for an answer to this question.

No one has been able to answer it conclusively , the primary school of thought is that

In Highly polar reactions , inductive effects dominate as more electron density is available , hyperconjugation on the other hand is just redistribution of electrons.

First of all is this correct ?

Even if it's correct but how does it explain the opposing rate orders for nitration and bromination?

I may be oversimplifying things.

A look at electron density

Let's pick up the extreme cases of the substituted benzenes . $$\ce{A -> ArCH3}$$
$$\ce{D -> Ar(CH3)_3}$$
Case A shows the maximum hyperconjugation.
Case D on the other has the maximum +I effect.
For a moment let's imagine that the electrons are coins.
Case D , has more coins, more methyl groups (let's say 3).
Case A, on the other hand has 1 coin , hyperconjugation would simply mean that I am simply moving that coin in circles. It's simply redistribution of electrons.it doesn't actually increase the density.

A look at Coulomb's law

In more polar reactions the electrostatic forces of attractions play the primary role as the polar reactants is highly charged. As established earlier ,inductive effects lead to a electron density thus a greater pull.
Homo/Lumo interactions are secondary as the overlapping happens after a collision occurs.

The electrostatic forces of attraction are lower in the case as as the reactant is less charged.
So the control of the reaction is primarily through Homo/Lumo interactions.

Nitration (strong electrophile, "hard" Lewis acid) has a low activation energy, so effects on the transition state will have a smaller relative contribution to the rate controlling step.

Nitration (very polar, "hard" cation) is influenced by inductive effects that make the aromatic ring more negative in the order D>C>B>A. The rate of nitration increases as you go from A to D. Compared to nitration, the transition state in chlorination is more important and thus more stabilized by hyperconjugation. In chlorination, hyperconjugation decreases in the series A>B>C>D, which gives a higher activation energy and slower rate of reaction as you go from A to D.

Chlorine is a weak electrophile, while the nitronium ion is a strong electrophile. Methyl groups are +I groups and they are electron releasing groups.

The NO2 group will attack a negatively charged carbon attack readily. The +I effect is permanent, and its magnitude decreases with increase in distance, and therefore, the nitronium ion will attack the carbon nearest from the methyl groups.

The hyperconjugation won't attract NO2, as the charge is delocalized, and not one specific carbon atom, or there is no carbon atom that is more charged than the others.

3
Inductive vs hyperconjuative effects in electrophilic aromatic substitution
8
Why is the ortho isomer a major product in the nitration of toluene?
1
Rate of electrophilic bromination in aromatic nucleus

10
Inductive vs resonance effects and the acidity of phenol
7
Is the inductive effect always measured relative to hydrogen?
5
Why is 1,3-pentadiene favored in the reaction of pent-3-en-2-ol with sulfuric acid?
3
Why does the rate-determining step determine the overall rate of reaction?
25
Is the t-butyl carbocation more stable than the benzyl carbocation?
7
Why substitution and elimination reactions are favored respectively at lower and higher temperature?
1
Order of activating ability in electrophilic aromatic substitutions