On p. 429, when introducing the idea of bromonium ions, Clayden et. al.[1] mention that:

You can think of the bromonium ion as a carbocation that has been stabilised by interaction with a nearby bromine atom. You have seen a similar effect - this 'oxonium ion' was an intermediate, for example, in the $\ce {S_N1}$ substitution of MOM chloride on p. 338 of Chapter 15.

This carbocation stabilisation described in the text above is illustrated in the image below. The case described seems to be that of an adjacent carbon with a positive charge. However, I was wondering if a carbon one atom away with a positive charge could be stabilised in the same manner as well. This would be more similar to the bromonium ion. I have illustrated what I am referring to in the image below.

I would like to ask if this "interesting oxonium ion", as an oxygen analogue of the bromonium ion, does exist in reactions, such as $\ce {S_N1}$ substitutions. 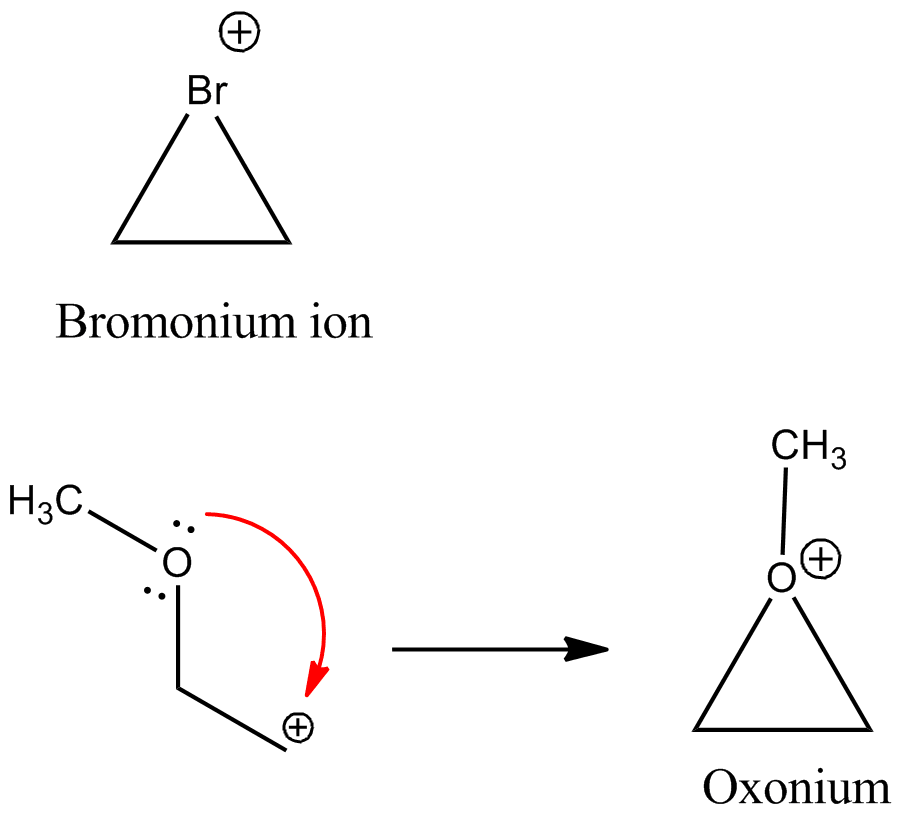 20
Explanation for the trends in nucleophilicity—Orbital interactions or electrostatic attraction
4
The carbon-13 NMR for 1,1,1-trichloroethane
3
When is donation into an anti-bonding MO stabilising?
3
Molecular orbital explanation of why the protonation of the oxygen atom makes a carbonyl group more electrophilic
4
Why are amidines more basic than amines?
13
Explanation of the strength of phosphorus–oxygen bond
0
Is 1,3 alkyl shift allowed in Cyclobutyldicyclopropylmethyl Cation?
8
Effect of substituents on arene oxide-phenol rearrangement