How is the yield of a complex organic synthesis defined?

I just watched the Periodic Table of Videos episode Deadly Strychnine that describes the history of this particularly challenging synthesis. University of Nottingham chemist Rob Stockman calls the problem "an "Everest" of synthetic chemistry."

What is the definition of yield in this case? How is it calculated? Is it as simple as mass of product divided by total mass of all reactants, or something more specific and meaningful? 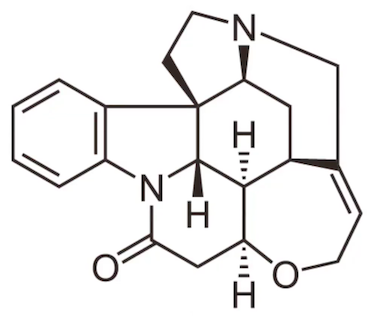 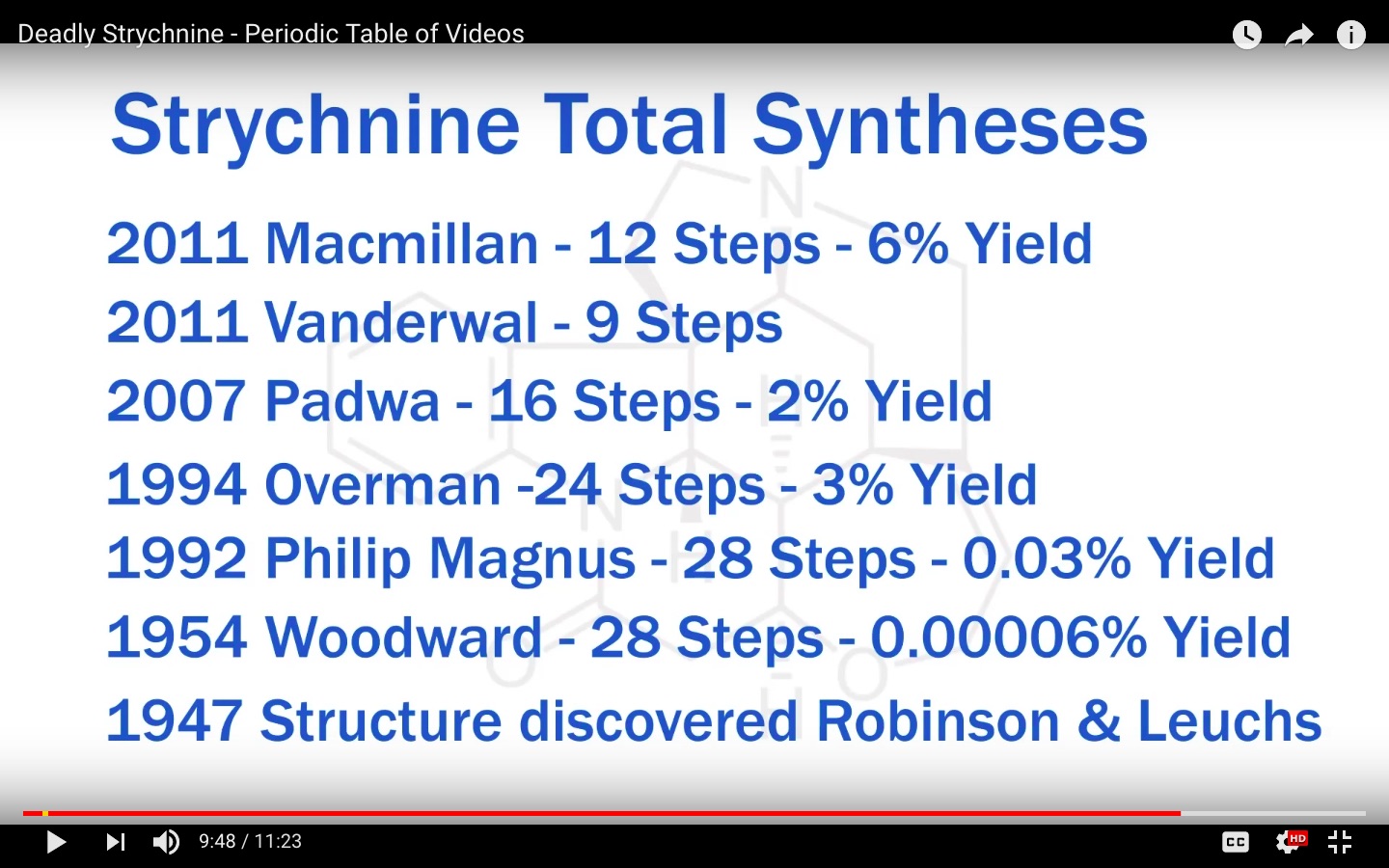 The usual terms for these are as follows: A is the "starting material", D is an "intermediate", F is the "final product", and B, C, and E are "reagents".

Why are B and C listed over the same arrow? This means that they have been added together to the starting material A, in the same flask, and together they effect the transformation of A to D.†

For example, let's say that the exact stoichiometry of the two reactions is as follows:

Now, it is clear that if you add 1 mol of A, and if everything else is added in excess, then the theoretical maximum you can get is 1 mol of D and hence 1 mol of F. In this scenario, A is therefore the limiting reagent, because the quantity of A limits how much of F you can get.

Sadly, reactions don't ever work perfectly. You perform the synthesis, and at the end of the day you get 0.05 mol of F instead of the theoretical maximum of 1 mol. Your yield is therefore:

Usually the limiting reagent is chosen to be the most expensive, or most precious reagent you have (or else part of it goes to waste). This is most often an organic compound, and is nearly always the given starting material. So, one usually does not have to calculate the theoretical yield from every single input, as the limiting reagent can usually be identified at a glance.

MacMillan's strychnine synthesis can be used as an example here. The sequence of synthetic steps is given on SynArchive. In this case, it is reasonable to assume that the organic starting material is the limiting reagent, and that all the other "inputs" are added in excess.

In the lab, organic chemistry is done one step at a time; therefore the intermediate D is usually isolated and stored for a period of time.

In practice this is never the case, due to some reasons:

In a paper, yields for every step are reported. This helps people identify which steps work well, and is also useful for other chemists who wish to only replicate a certain step or steps from the paper (for other purposes). The quoted yield of the overall synthesis is usually simply the product of the yields for the individual steps.

† The exact definition of a "step" has been subject to some recent controversy (1, 2), but it's not worthwhile getting into it here.

3
Acetic acid odor while testing CO2 sensor; can it be easily removed, is there a better way?