Does calcium hydroxide react with citric acid in orange juice?

I noticed that calcium-fortified orange juice on the shelf at my local grocery store contains calcium in the form of calcium hydroxide.

And I also noticed a couple other ingredients that ordinary orange juice doesn't list explicitly: citric acid and malic acid. Are these meant to neutralize the calcium hydroxide to form calcium citrate (commonly listed on calcium supplement pill bottles)?

I'm just curious. I want to know what final chemical(s) will end up in my stomach if I swallow this concoction. 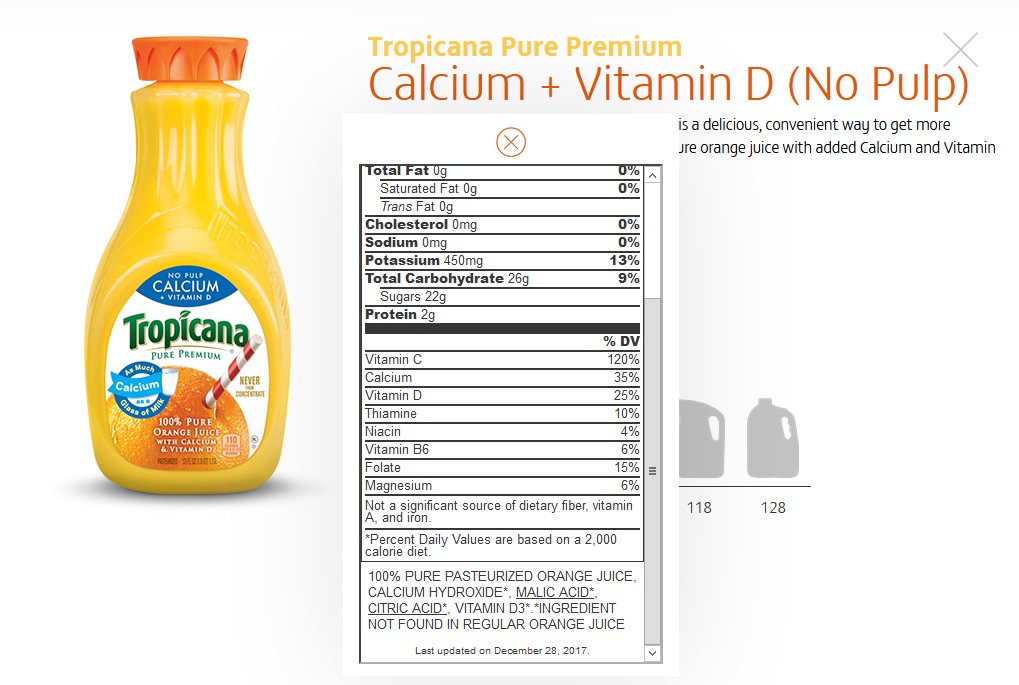 Therefore calcium hydroxide is an actual additive. In this case advertised along with vitamin D (calcium fortification).

As for what gets to your stomach, there are reasons why ingredients, not compounds produced via cooking are listed. Cooking unlike chemical synthesis isn't supposed to create specific compounds, but food in which all compounds are mixed and every possible equilibrium happens at once.

In the juice there's just more calcium cations and pH may be slightly affected, if it was significantly changed you'd find it by your taste.

I'm not a food chemist, nor am I associated with any regulatory bodies for food/beverages, but here's my take on this

I notice the calcium-fortified orange juice on the shelf at my local grocery store contains calcium in the form of calcium hydroxide.

I haven't seen the mineral content of a beverage expressed that way, i.e- you don't see labels talking about the added compound, rather, they'll just mention the mineral cation and the concentration in mg per 100 or 1000ml (or in some percentage, it's the manufacturer's call). 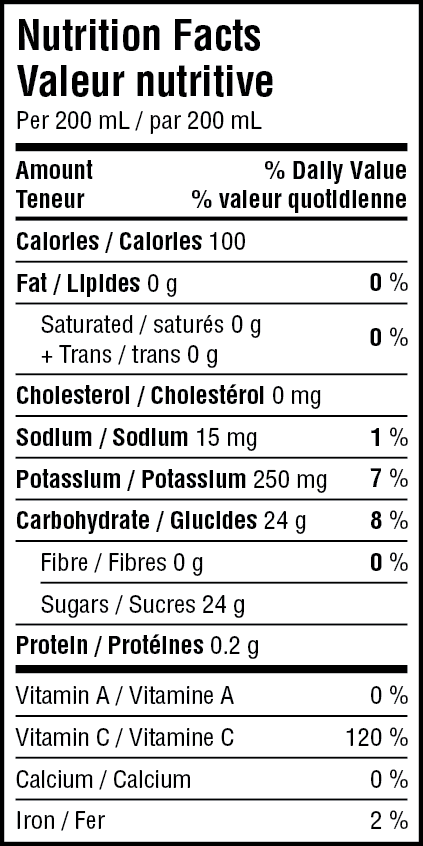 Food regulatory rules are pretty the only reason for the uniformity you see in labels from licensed manufacturers.

One possibility is that the juice you have at hand was produced locally by a small-scale manufacturer (and meant to be distributed locally as well); that would easily explain the unorthodox labeling. (edit: MaxW's answer would indicate that such a label can also be found in online documentations for some well known products as well; I've never seen it in print myself)

I'm not 100% sure why you have calcium hydroxide in orange juice, but from a cursory spot of Googling, it would appear as though calcium fortification is pretty much the only reason it's there (you even mention it's calcium fortified).

Apparently, the usual way of fortifying foodstuff with calcium is by addition of calcium citrate malate. However, the whole process appears to bump up manufacturing costs.

For example, calcium chloride can give a salty aftertaste; calcium hydroxide and calcium oxide give a 'flat' taste; while calcium lactate can leave a bitter aftertaste and tricalcium phosphate a metallic aftertaste.

Source: an article on a Tropicana patent from a couple of years ago

Going by the description in that excerpt, for a small-scale manufacturer, calcium hydroxide (which is easily available in 'food-grade') would be the cheapest option (that doesn't impact the taste as negatively as other compounds).

And I also noticed a couple other ingredients that ordinary orange juice doesn't list explicitly: citric acid and malic acid. Are these meant to neutralize the calcium hydroxide to form calcium citrate?

Well, calcium hydroxide has poor solubility in water (1.73 g/L according to the Wikipedia page), so the amount of calcium citrate, calcium malate and calcium citrate malate formed is tiny. In all likelihood, your juice will still be acidic.

Not the answer you're looking for? Browse other questions tagged everyday-chemistry food-chemistry chemical-biology or ask your own question.

6
How does temperature affect the concentration of flavonoids in orange juice?
5
Does citric acid react with carbonated water?
5
Which gas makes Orange juice bottles swell?
8
'Emulating' calcium hydroxide
24
What causes that foul taste with combination of toothpaste and orange juice?
1
What's the reaction when bleaching hair with lemon juice (citric acid)?
6
How does calcium carbide artificially ripen fruits?