I am trying to write a mechanism for OMDM reaction. 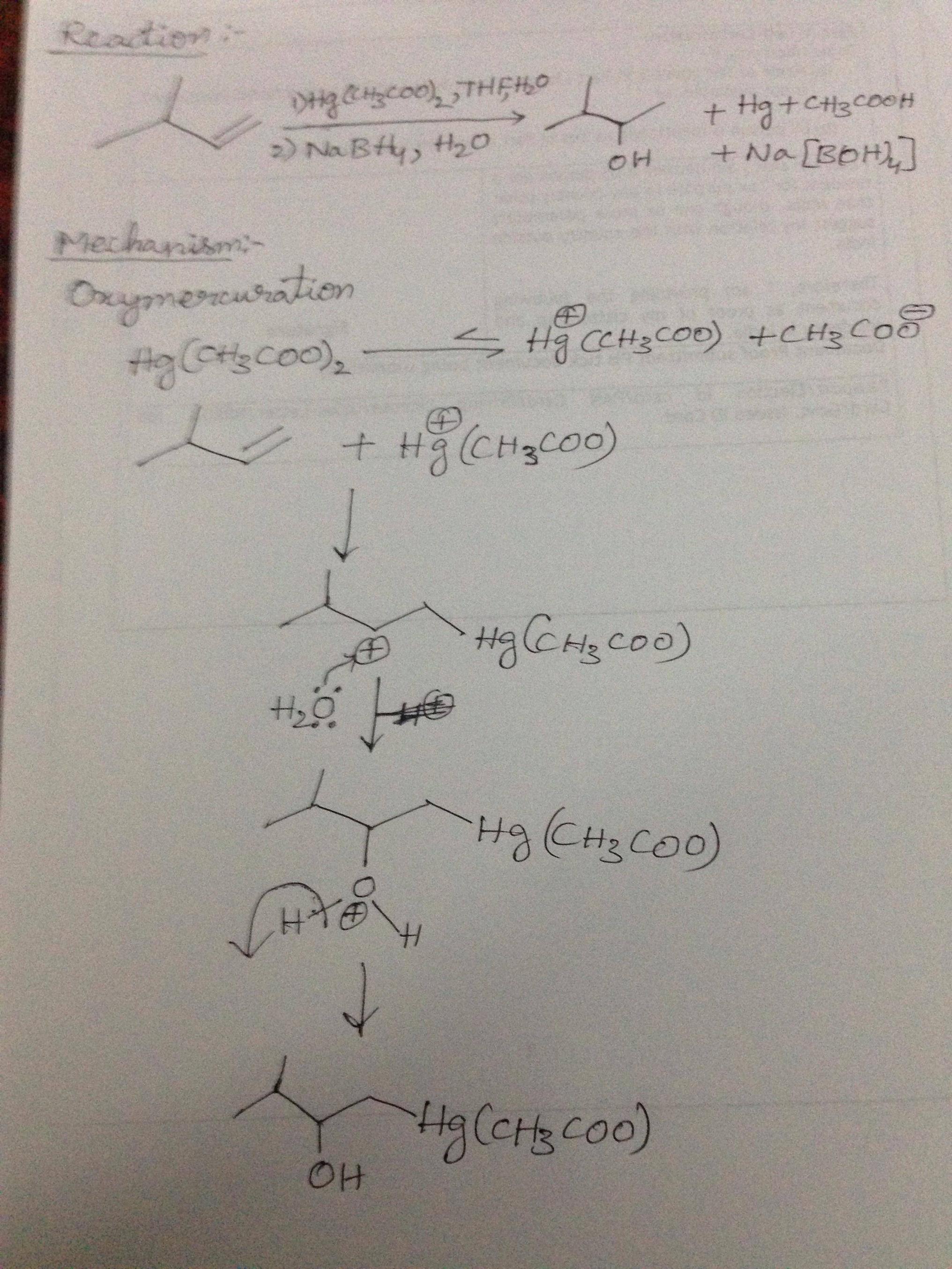 Here is the mechanism I wrote out for you 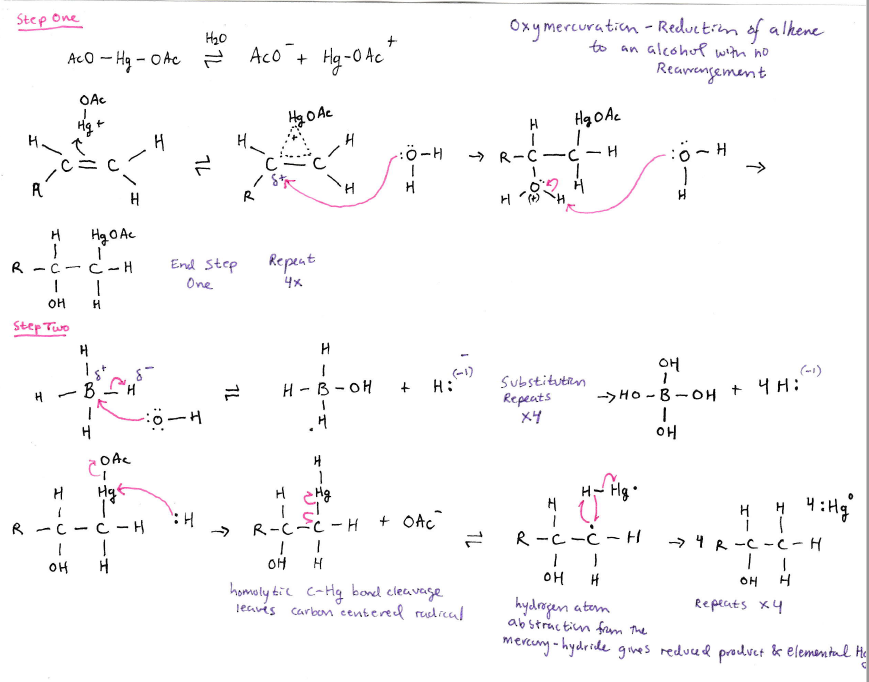 Actually, the oxymercuration involves the formation of a cyclic carbocation. This is a non traditional carbocation, but the final reaction becomes non-stereospecific, as you will later find out.

The entire process is shown here: 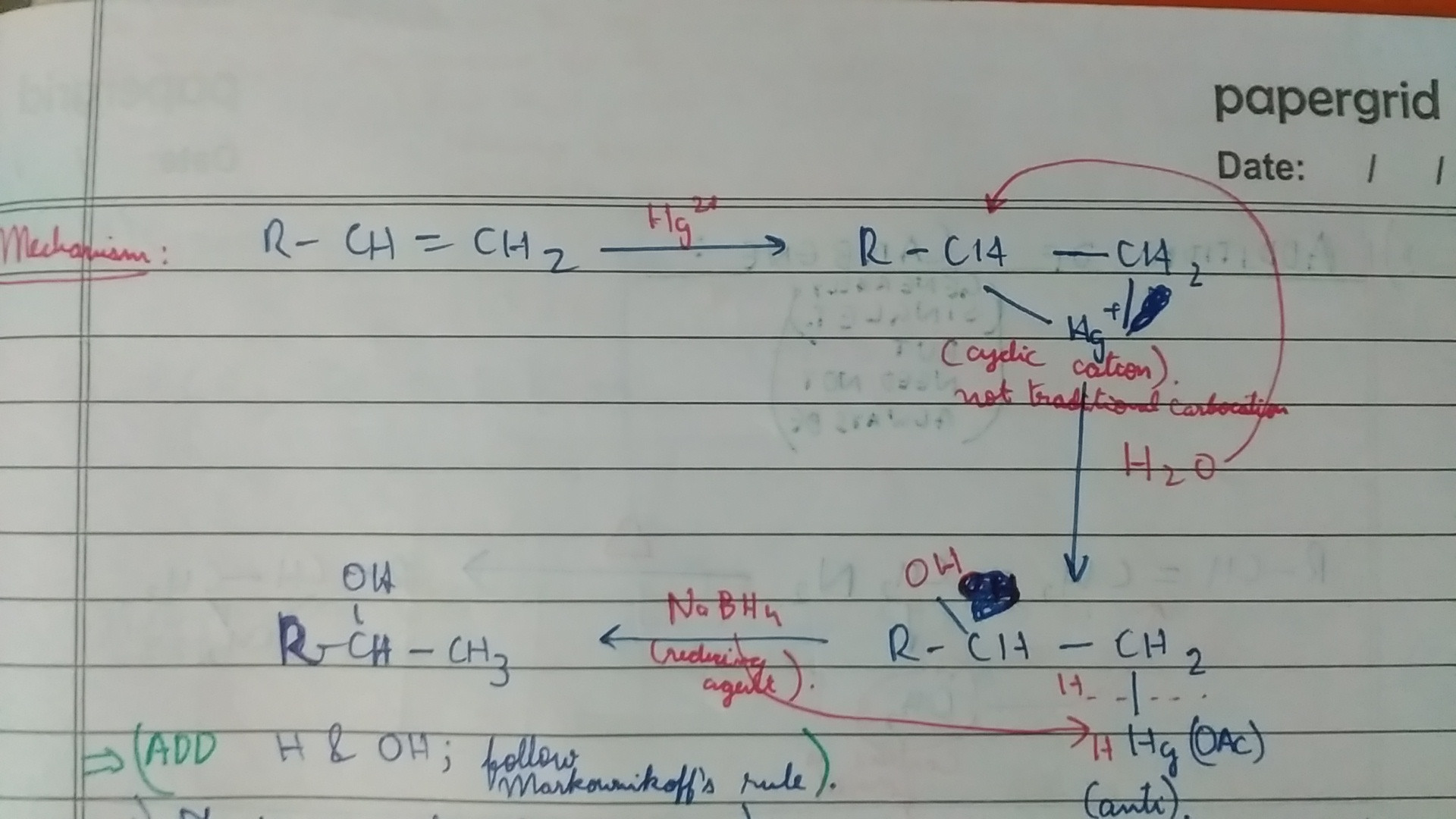 Now, as it is written here, the addition of the mercuroacetic cation followed by water will be anti addition, but when the reducing agent is used, the hydrogen can be added from either side. As a result, we get a non-stereospecific product. In short, this can also be written as addition of just $\ce{H}$ and $\ce{OH}$ without rearrangements, which followed Markownikoff's rule. In fact, the formation of the cyclic carbocation prevents rearrangements, hence enabling chemists to get desired products without worrying about random stabilisations of the carbocations.

Not the answer you're looking for? Browse other questions tagged organic-chemistry alcohols hydrocarbons or ask your own question.