Material that changes solubility when electric potential is applied [closed]

I am looking for a material witch is easy to deposit in thin films and which changes its solubility if a electric potential is applied.

Do you know of any such materials ?

EDIT: This is for what I need it. I have a Si Substrate on which there is sputtered SiO2. Then I have the material (to be found) and then a Si on top. Some parts of the Si are connected electronically to the bottom Si and create a electric potential. The orange material underneath the top "electrodes" should be removed. The aim is to remove the "orange" material underneath the top "electrodes" but keep it where the Si is not connected to the bottom electrode. 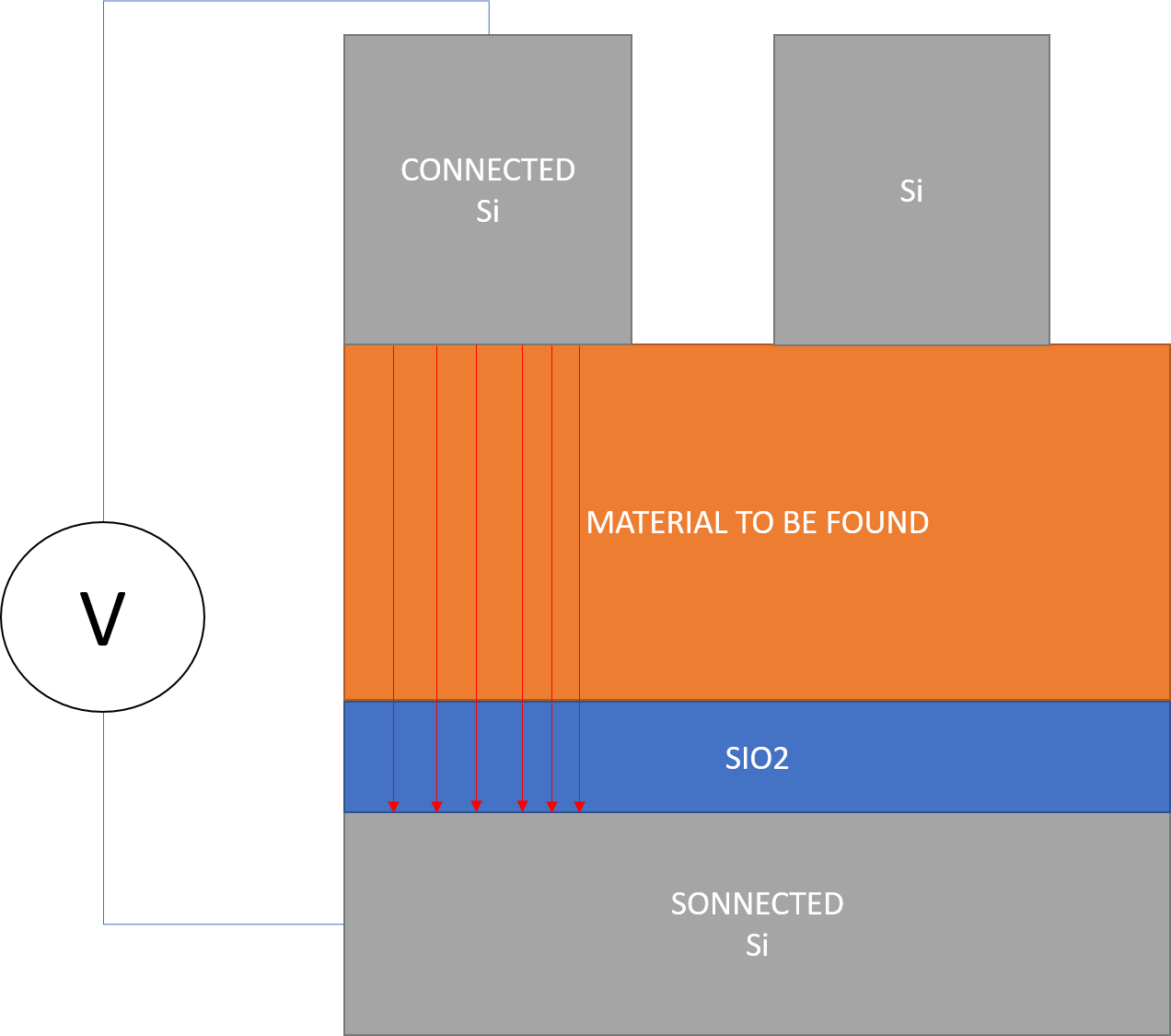 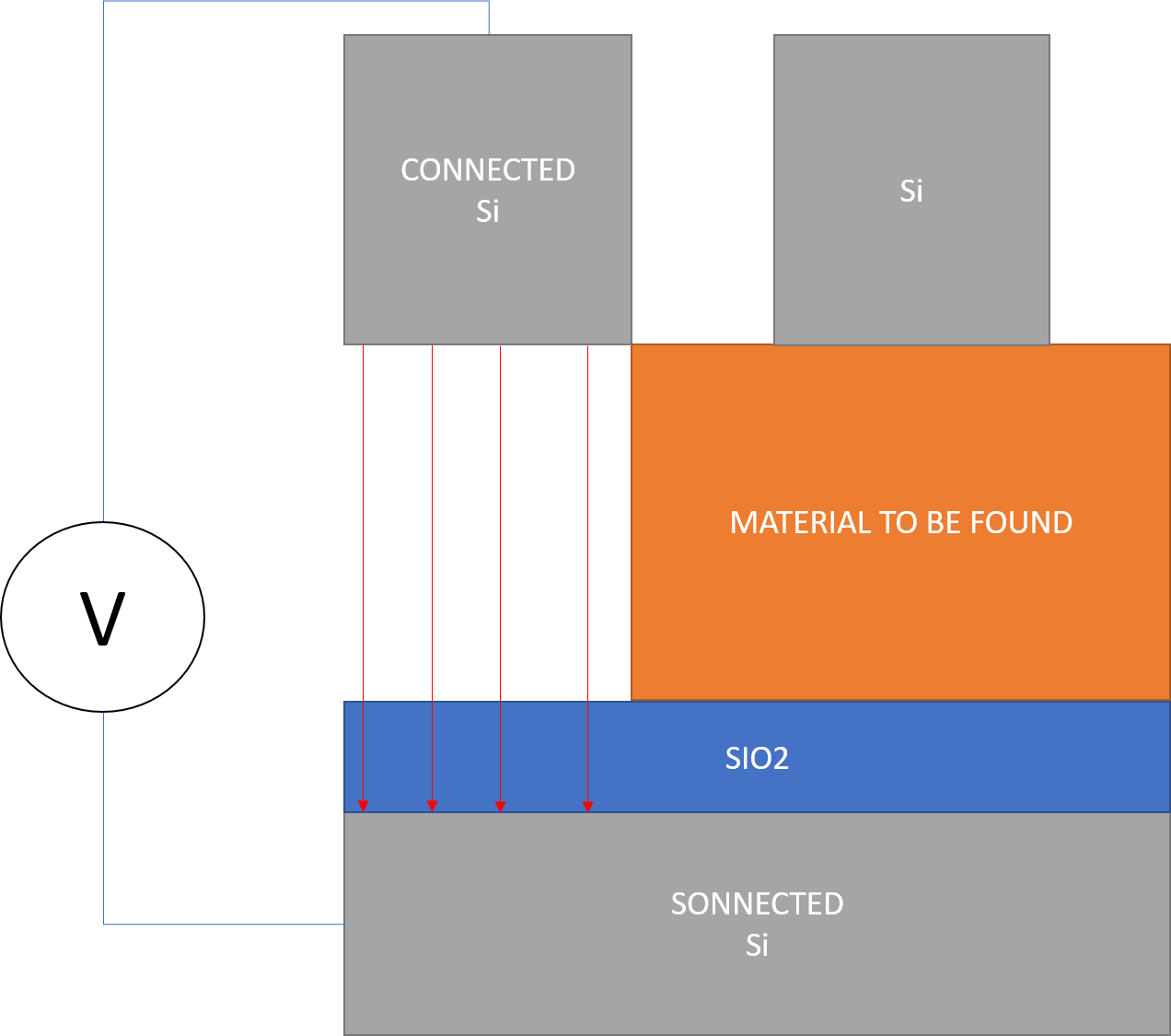 How could you do this ?

EDIT2: please Igore the spelling error in the bottom electrode. It should be "connected"

EDIT3: based on Alchimista's answer: 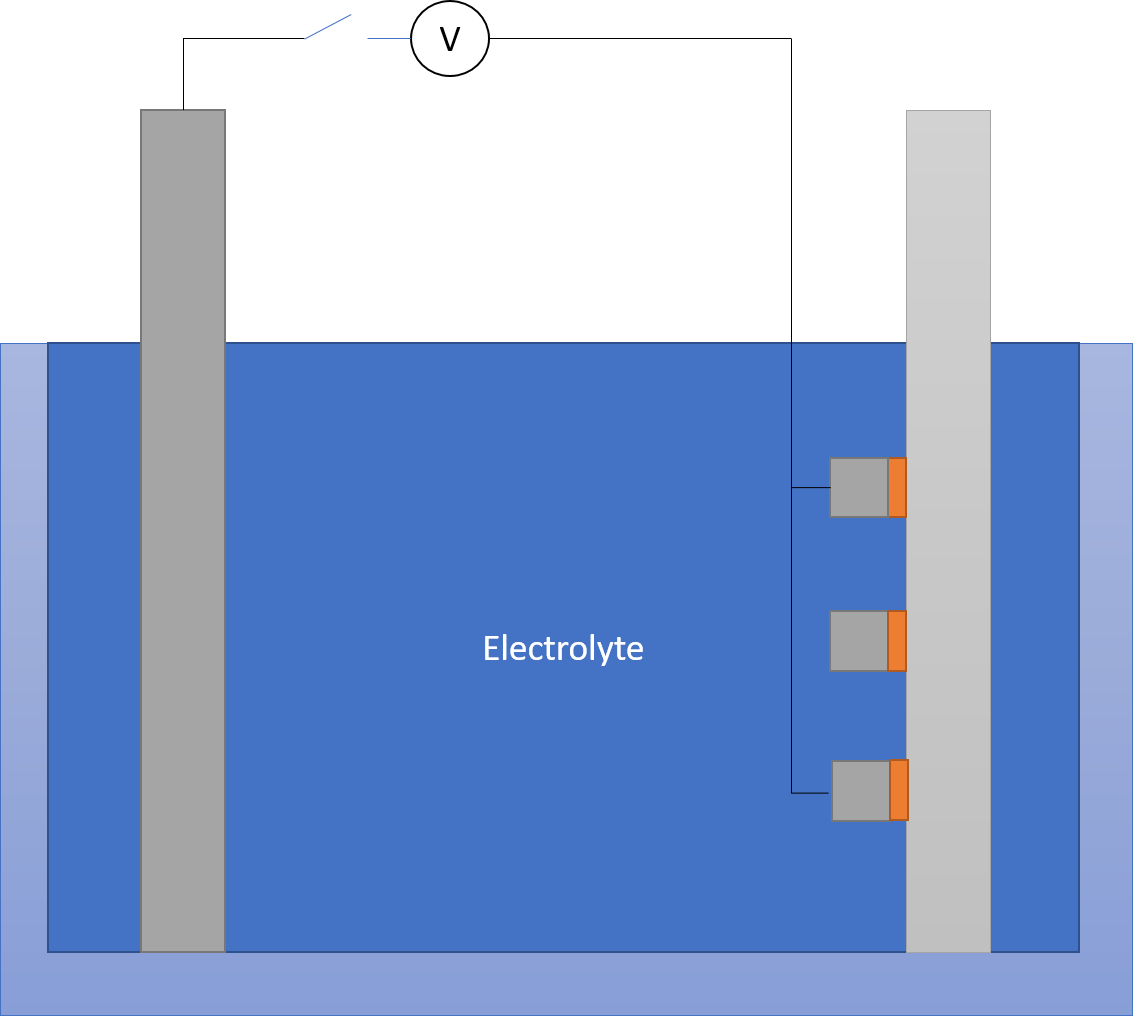 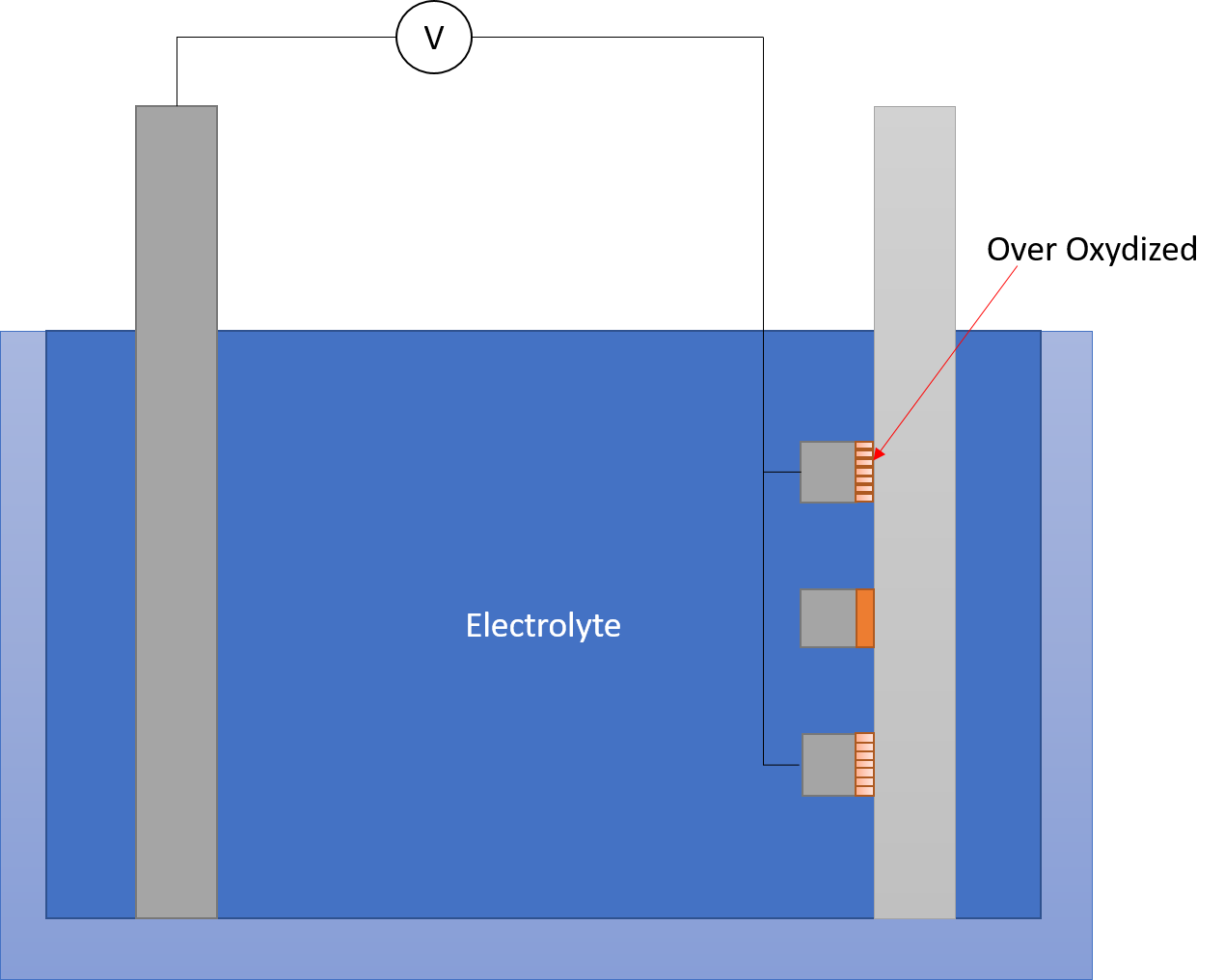 This is a tentative that perhaps does not fit with restrictions posed by the setup of the question, but does offer an example of a class of materials whose solubility (integrity, to be more precise) is easily altered by an electrochemical process.

A number of conjugated polymers can be deposited atop an electrode by A: electrochemical polymerisation ( this resulting in a film of the polymer in a more or less conductive state ) or

B: as pristine material if available and soluble in some solvent ( spin coating, dipping, dr blading. ..).

The state of the polymer can be electrochemically controlled by the applied potential. ( however the complete neutralisation to its insulating/semiconducting state is generally difficult ).

Overoxidation of these films results in chemical damage associated with removal of the material, directly or by subsequent washing.

3-methylthiophene and poly(3-hexylthiophene) are well known examples for an electrochemical depositable polymer and for a polymer which can be directly cast from its solutions.

In both cases the poly(3-alkylthiophene) (P3AT) film is insoluble in polar solvents and electrolyte solutions. Applying an electrochemical potentially higher than, say, 2 V, overoxidize it damaging the skeleton to such an extent that the material fall out the electrode and / or can be washed out.

Specifically to the question: only case B is viable.

Looking at the figure in the Q, bottom, the orange part will be consisting of neutral P3AT.

Resolution will be not too precise as overoxidation will take place at the edge of the electrode, too.

Check out this question:

Do indigo and leuco-indigo have fully conjugated pi systems?

Leucoindigo is a soluble, colorless compound which can be oxidized to dark blue indigo, which is insoluble. Such oxidation is accomplished electrolytically through anodic polarization (or reversed through cathodic polarization). You get a color change too.

Not the answer you're looking for? Browse other questions tagged solubility materials or ask your own question.

3
Do indigo and leuco-indigo have fully conjugated pi systems?

7
Easily removable material that sticks to skin
2
Changes in physical properties in homologous series : Solubility
4
Material that is flexible when cold but becomes brittle when hot
1
Searching for a solvate that changes its solvation property
4
What is cheap material that absorbs water in packaging?
2
A semi-transparent material that is a solid
4
Is there an otherwise liquid material that has angle of repose?
1
Solubility when multiple salts are involved
4
What is the limiting value of band gap that makes a material semiconductor?