Where do the lone pairs go in the “true” resonance structure? 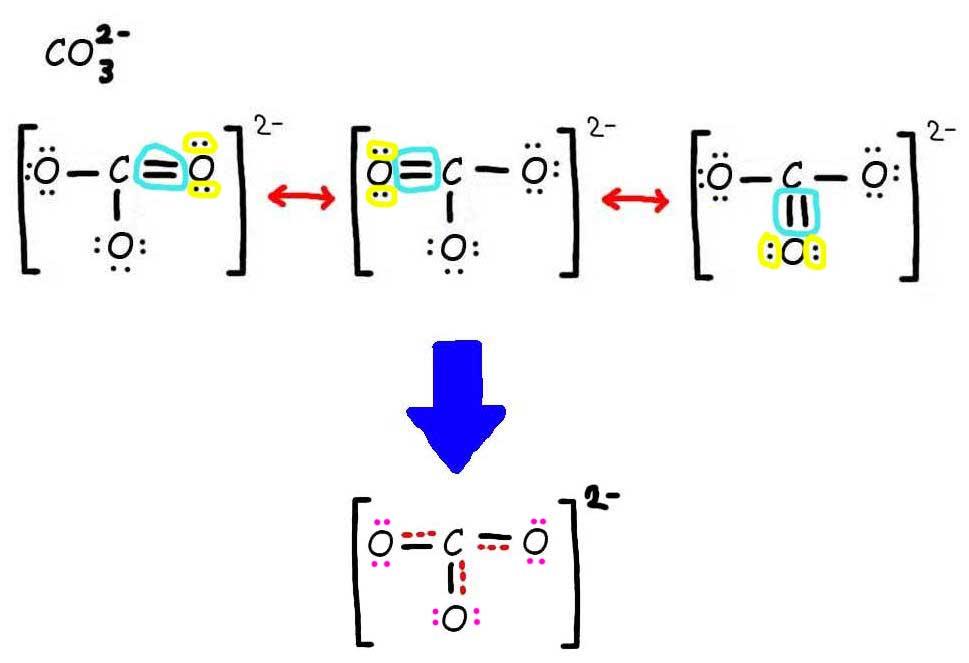 The bottom diagram leaves out the 2 lone pairs, so 4 electrons disappeared in the bottom image as compared to the top one. Are these disappeared lone pairs partial electrons, or shared? To make the bonds in $\ce{CO3^2-}$ correct, doesn't that mean each dotted line is worth double, so each bond is $1.33$ instead of $1.66$? Why don't we draw a $1.33$ electron lone pair if that's the case?

Resonance is a concept resulting from valence bond (VB) theory. Within this theory it is impossible to describe delocalisation. However, every configuration within this framework can be expressed as a Lewis structure. The congruent molecular orbital (MO) theory describes bonding in a delocalised way, therefore it is impossible to express it as a single Lewis structure.

Often we can find Lewis-like structures representing a resonance hybrid. For example from my own questions:

While it is simply impossible to write a valid Lewis-structure (localised electrons) and imply delocalisation, it is often used to denote how a molecule is "special" in a way. We make many assumptions here, and imply that everybody knows that all the electrons are delocalised. Therefore I omitted all electrons, implying the reader knows where to put them.

What you describe as the "true" resonance structure, is an attempt in the same manner to visualise a resonance hybrid (superposition of multiple valid Lewis structures) in a single Lewis-like fashion. The resonance hybrid, like it is used in LibreText, is an insufficient and inaccurate depiction. It is a futile attempt to jumble together VB and MO theory. Even though they are, at their respective theoretical limit equivalent, i.e. congruent theories, at that very limit they become so complex, that a visual depiction is no longer possible.

In this spirit, these depictions of resonance hybrids are overused in the same manner that resonance is often taught wrong and is an overused concept. (Unfortunately the linked LibreTexts article is point in case.) It is important to understand that these simple concepts have their limitations, and to always question the validity.
As you notice yourself in your question, the depiction of the resonance hybrid omits electrons, you have to be cautious to use these simplifications.

On a related, but slightly different note, I especially dislike the article you linked to on LibreTexts. Just to name a few errors:

Not the answer you're looking for? Browse other questions tagged bond electrons resonance lewis-structure valence-bond-theory or ask your own question.

38
What is resonance, and are resonance structures real?
16
Is there a preferred way of naming the resonance hybrid in keto-enol tautomerism?