Even though aniline is an activated benzene derivative, it still doesn’t undergo Friedel-Crafts alkylation. Why?

Can it undergo Friedel-Crafts acylation?

The aniline forms a Lewis acid base adduct with $\ce{AlCl3}$ : 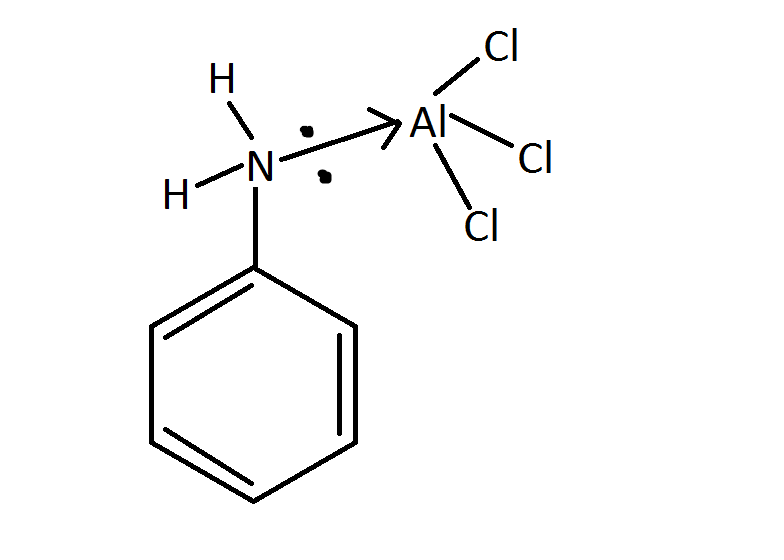 This prevents the interaction between alkyl or acyl chloride with $\ce{AlCl3}$.

1
Does aniline react with FeBr₃?