What is a 'triplet biradical transition state'?

My text book just referred to this term. I have absolutely no idea what it is. Articles on the internet are too difficult for me to comprehend.

In some alkenes, steric crowding in the planar state may be so severe that the latter is no longer an energy minimum but becomes an energy barrier with the ground state becoming twisted. In this context the compounds in figure are of interest. The drop in rotational barrier from stilbene ($\pu{42.8 kcal mol-1}$, $\pu{179 kJ mol-1}$)to compound $\ce{P}$ ($\pu{21.1 kcal mol-1}$, $\pu{88.3 kJ mol-1}$) to compound $\ce{Q}$ (“small barrier”, cf.) may be explained by increasing stabilization of the triplet biradical transition state. However, the “negative” barrier in $\ce{R}$, that is, the fact that the stable ground state of $\ce{R}$ is non-planar and that the planar conformation represents the transition state for rotation requires a different explanation; the difference between $\ce{Q}$ and $\ce{R}$ is presumably due to the steric interaction of the four chlorine substituents in the planar conformation of $\ce{R}$. This situation resembles that in o,o'- tetrasubstituted biphenyls to alkenes with low or “negative” barriers.

This is the question given: for which the above is the solution 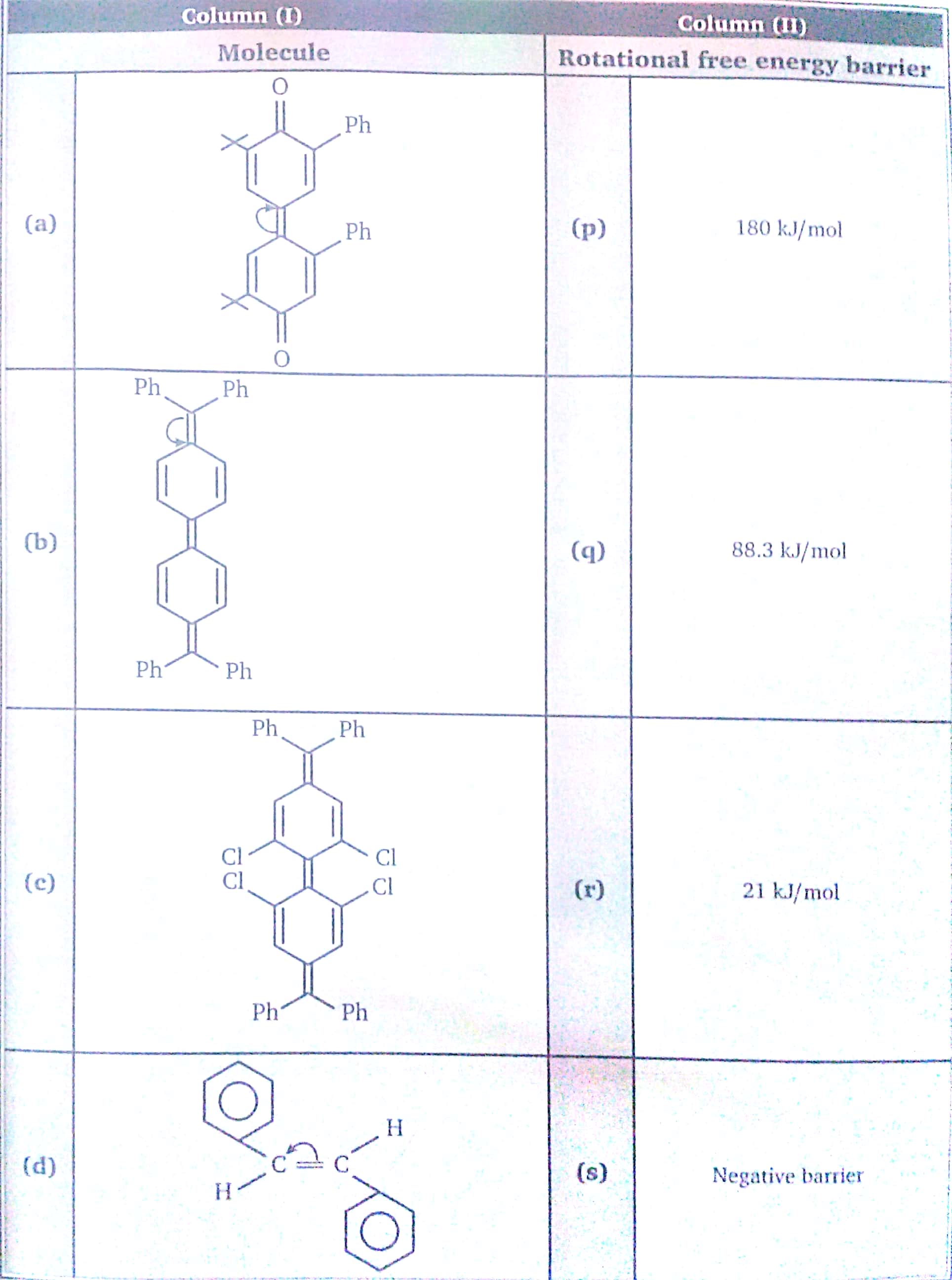 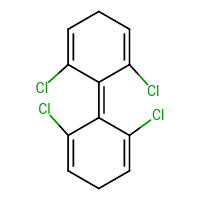 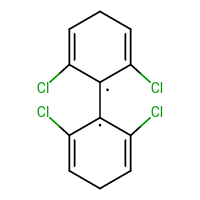 4
What is the approximate lifetime of an SN2 transition state complex?
5
Variable oxidation state of transition metal ions
7
Why is O2 a biradical?
4
What is the hybridisation of carbon in transition state in SN2 mechanism?
9
Can an organic molecule have a triplet ground state?
16
Is the triplet state of the cyclopentadienyl cation really aromatic?
9
Why is triplet carbene sp2-hybridised?