Do light and heavy water form an azeotrope?

(Interested in the general principle too, not just for water and its variants, but with particular emphasis on it.)

When you distill a weak ethanol-in-water solution, you get a condensate that's ethanol-enriched, but that only takes you asymptotically up to 95%, because ethanol and water form an azeotrope with that composition. Is there a similar "enrichment limit" one can achieve in enriching water with deuterium, using only distillation at a fixed pressure? (I know one can "break the azeotrope, but I don't want to get into this.) Or could one, given enough stages in a cascade, approach 100% enrichment arbitrarily closely?

This is a good question, but no, there is no azeotrope in any isotopic mixture, as an azeotrope requires non-ideal mixing of two components to form a minimum or maximum critical point on the plot of total vapor pressure as a function of composition as shown in Figure 1 below. Isotopic Mixtures have a near-zero enthalpy of mixing, making isotopic mixtures the closest thing to an ideal liquid mixture. Because of this ideality of mixing the boiling of protium-deuterium oxide mixtures looks much like the phase diagram in Figure 2 which follows Raoult's law, though this is actually quite exaggerated compared to semi-heavy water mixtures. Even if there was a theoretical point at which an azeotrope could exist for the negligible enthalpy of mixing it would occur at extreme concentrations of $\ce{D2O}$ or $\ce{H2O}$ and be unobservable due to the "doped" species existing as semi-heavy water ($\ce{DHO}$). This is further evidenced by the fact that other physical properties of isotopic mixtures follow a linear curve when measured as a function of concentration. 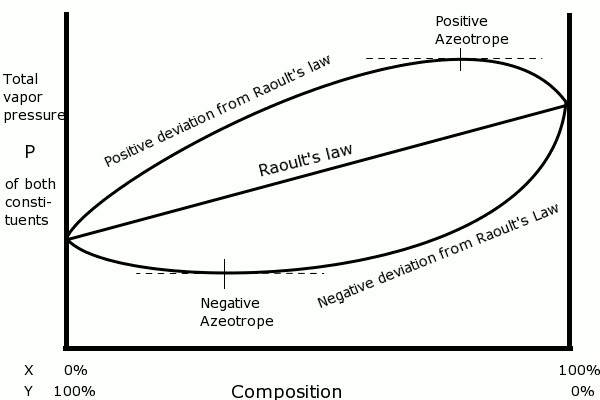 Figure 1. Generic Plot of vapor pressure as a function of composition 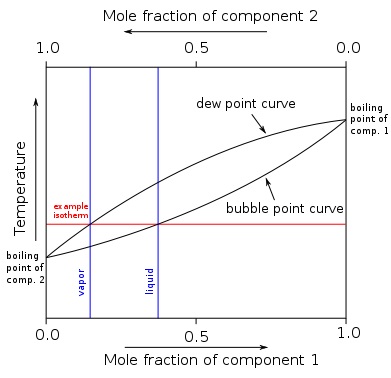 To answer your question about distillation only enrichment, it is possible though impractical. Commercial enrichment of $\ce{D2O}$ first uses hydrogen sulfide in the Gridler-Sulfide process, once enriched to around 30%, distillation is used to finish the process to the desired isotopic purity.

Distillation alone has been used on an industrial scale to produce heavy water, but it requires a multi-stage process and uses a lot of energy due to the small difference in boiling points. That would seem to confirm that water and deuterium oxide do not form an azeotrope.

Not the answer you're looking for? Browse other questions tagged thermodynamics water isotope distillation or ask your own question.

14
Is there a simple field test for heavy water?
8
Is real water made up of heavy water and light water?
3
Normal and heavy water mixing
7
Specific Heat Capacity of Heavy Water
4
Heavy-oxygen water production
3
Distillation: temperature not reaching azeotrope boiling point
13
Why does ordinary water have a triple point?
2
Will distillation do the job of purifying the water?
5
Kinetics of converting a water + heavy water mixture to HDO
5
Alcohol (ethanol) distillation: mystery congener