Is calcium carbide an ionic or covalent compound?

We know that the bond which is formed by exchanging electrons between a metal and non-metal atom is called ionic bond. Calcium is a alkali earth metal and carbon is a non-metal. So, calcium carbide ($\ce{CaC2}$) should be an ionic bond. But it is not an ionic bond, why?

While it is a nice explanation for the creation of e.g. sodium chloride to think of a full electron transfer — not an exchange because only one electron per ion pair is transferred and only in one direction — this cannot explain the structures of e.g. sodium sulphate well. Instead, you should think of ionic compounds as those composed of differently charged ions between which the interactions are predominantly electrostatic (non-directional). This is not true for all ionic compounds (ammonium fluoride being an exception) but gets you very far.

Now that I have established that (those that can be classified as predominantly) ionic compounds are composed of charged particles that interact electrostatically, you may be able to understand that not each ionic compound consists of exactly one atom type as the anion and exactly one atom type as the cation. In fact, I want to postulate that the vast majority of ionic compounds do not follow this rule. These compounds contain polyatomic ions meaning that many atoms connected together by covalent bonds form one charged molecule (or molecular ion). One typical example is the sulphate anion $\ce{SO4^2-}$ that I mentioned earlier but also the ammonium cation $\ce{NH4+}$. Thus, a compound can be held together by both covalent and ionic bonds, if for example it is composed of molecular ions.

This is the case in calcium carbide. We do indeed have a calcium cation $\ce{Ca^2+}$. The counterion is a diatomic anion, the ethynediide anion $\ce{C2^2-}$. It consists of two carbon atoms connected by a triple bond with each carbon atom carrying an additional lone pair and thus formal negative charge for an overall charge of $2-$. The bond between the two carbon atoms is covalent. However, the bond between calcium and the $\ce{C2^2-}$ fragment is ionic.

Therefore, calcium carbide can be classified as an ionic compound.

If you dig deeper, you may come across the crystal structure of calcium carbide; see for example the following taken from Wikipedia: 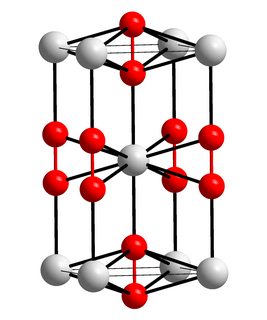 The linear $\ce{(C#)C-Ca}$ distances are actually short enough to also consider a covalent interaction. Other acetylides can also be characterised with an intermediate or predominantly covalent bond. The picture becomes much more fuzzy once you take a closer look. The interaction of calcium with the $\ce{C2}$ fragment’s π system should also be considered as a potentially bonding interaction; think in the direction of transition metal complexes.

However, the similarity of both $\ce{C-Ca}$ distances (which becomes even more similar if you take the distance from calcium to the centre of the $\ce{C2}$ fragment) can also be seen as support for the argument of non-directional ionic bonding.

Considering all this experimental data, it is clear that the compound should have significant covalent bonding. Significant ionic bonding is not out of the question. The bonds are likely somewhere in the middle between covalent and ionic. Whatever the ‘final result’ e.g. of calculations is, it will not tip the scales strongly.

15
Why do different elements form different types of carbides?
4
Is there a word for a compound that has both ionic and covalent bonds?
2
Why does magnesium form covalent bonds with carbon?