Explaining why CN- is a soft base

So, I am having difficulty with the following explanation/question.

(Based on your MO diagram and pi bonding theory) explain why $\ce{CN-}$ is a soft base and prefers to bind to soft acids.

Now, I know that the HOMO is the 5 σ MO and that the electron pair in the 5 σ MO is, to a large extent, more concentrated around the carbon. So, is $\ce{CN-}$ a soft base because it has a low energy HOMO but large magnitude HOMO coefficient? Does polarizability have anything to do with it?

When $\ce{CN-}$ reacts with a soft acid what physical changes in the cyanide molecule would such a reaction lead to?

Not really sure about this one. Would it have to do with the donation of the electron pair in the HOMO and therefore change the HOMO?

In one of his great answers, Martin gave us the calculated molecular orbitals for carbon monoxide I am copying below. Note that while cyanide has a nitrogen atom in place of the oxygen and features a single negative charge, we can still qualitatively consider the MO schemes identical; thus I will base my discussion on what you see in the image. 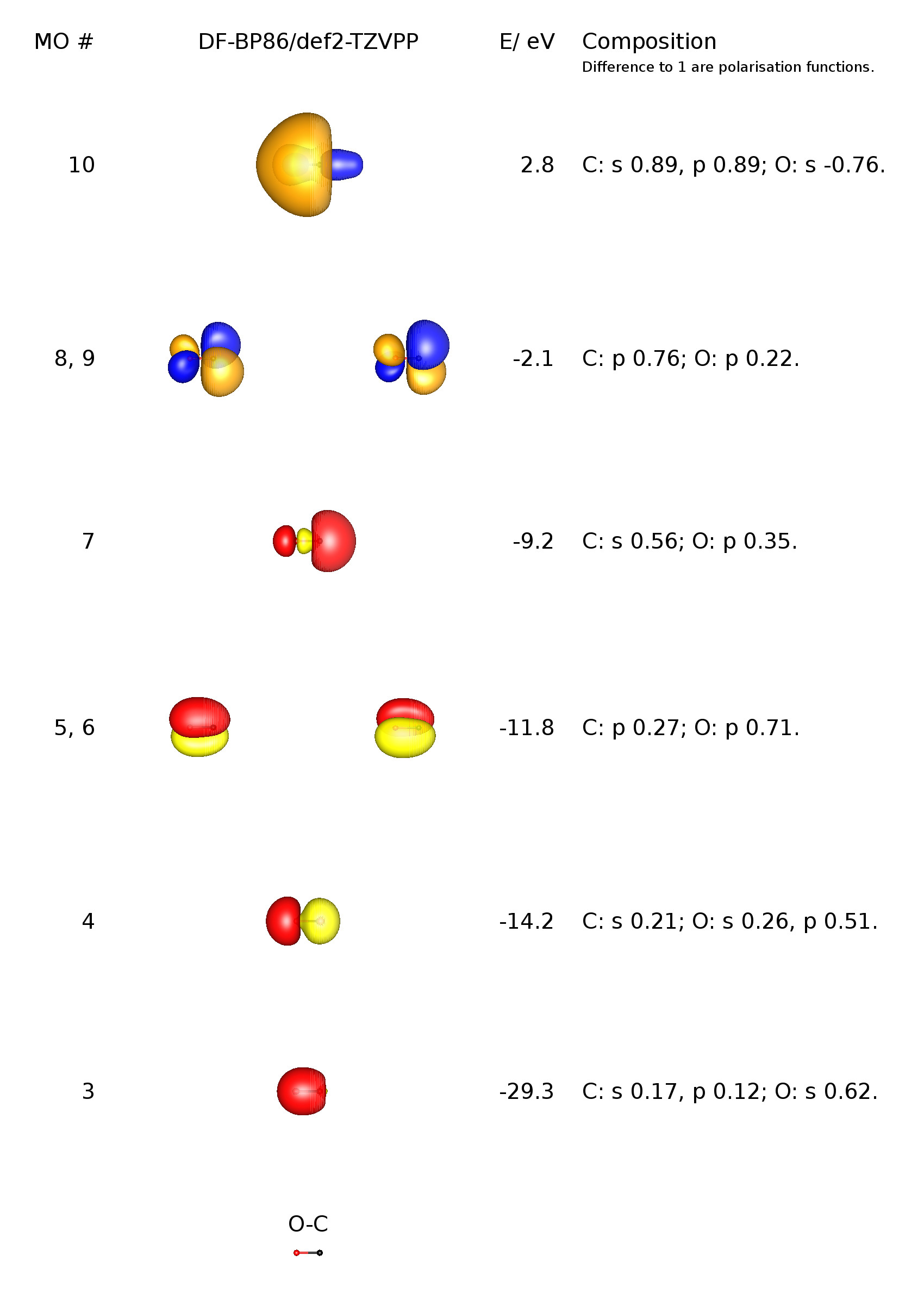 In this scheme, the HOMO is referred to as MO number 7; since 5 and 6 are π-type MOs, this corresponds to the 5σ you mentioned.

One thing we immediately note is that the carbon-centred lobe of the HOMO is very diffuse and extends far into space; much farther than any other orbital of the molecule. It is also the orbital that an acid (either proton or Lewis acid) would bond to. In Pearson’s HSAB theory, large and diffuse orbitals — often also called polarisable — are associated with soft acids or bases, as the charge per volume value is considered comparatively low. Therefore, just by looking at the size of this orbital, we can identify it as a ‘soft’ one.

It should also be explained why soft bases tend to create more stable complexes with soft acids. This is a direct consequence of the more diffuse nature of the orbital: the overlap between two orbitals (which will later form a bond) is typically best if the orbitals have similar shapes and sizes. Thus, because the HOMO has a rather diffuse lobe on carbon’s side it will prefer binding to other compounds with rather diffuse orbitals in a Lewis acid-base reaction.

That should be all that is required to explain cyanide’s behaviour under Pearson’s theory.

Not the answer you're looking for? Browse other questions tagged inorganic-chemistry acid-base molecular-orbital-theory or ask your own question.

35
How can the dipole moment of carbon monoxide be rationalised by molecular orbital theory?

5
Why are many silver salts insoluble?
0
Explaining Ba(OH)2 as a base?
3
How can one tell from the MO diagram of the cyanide ion that the HOMO is carbon-centred?
11
IS DMSO-o a σ-donor, a π-donor, or both?
2
Why does strong Lewis acid-strong Lewis base interactions prevail over hard-soft acid-base interactions?
3
The intrinsic electron-withdrawing nature of alkyl groups
3
Explaining why s and p orbitals do not interact