Carbocation formation in electrophilic addition of hydrogen halides to alkenes

I made the carbocation on the carbon labelled $1$ because I think that the positive charge would be slightly more stable on $1$ compared to $2$ due to the inductive effect of $\ce{Cl}$.

But my teacher made the carbocation on $2$ giving the explanation that after rearrangement, the positive charge will be stabilised by resonance with $\ce{Cl}$.
His approach:

Now, my question is, comparing the stabilities of the carbocation intermediates without rearrangement, the positive charge will be stable on $1$ compared to $2$. After rearrangement too, I think that the tertiary carbocation will be more stable than compared to the one stabilized by resonance with $\ce{Cl}$.

So, what is wrong in my reasoning?

Or as suggested by Mithoron, will there be intramolecular attack by $\ce{Cl}$? 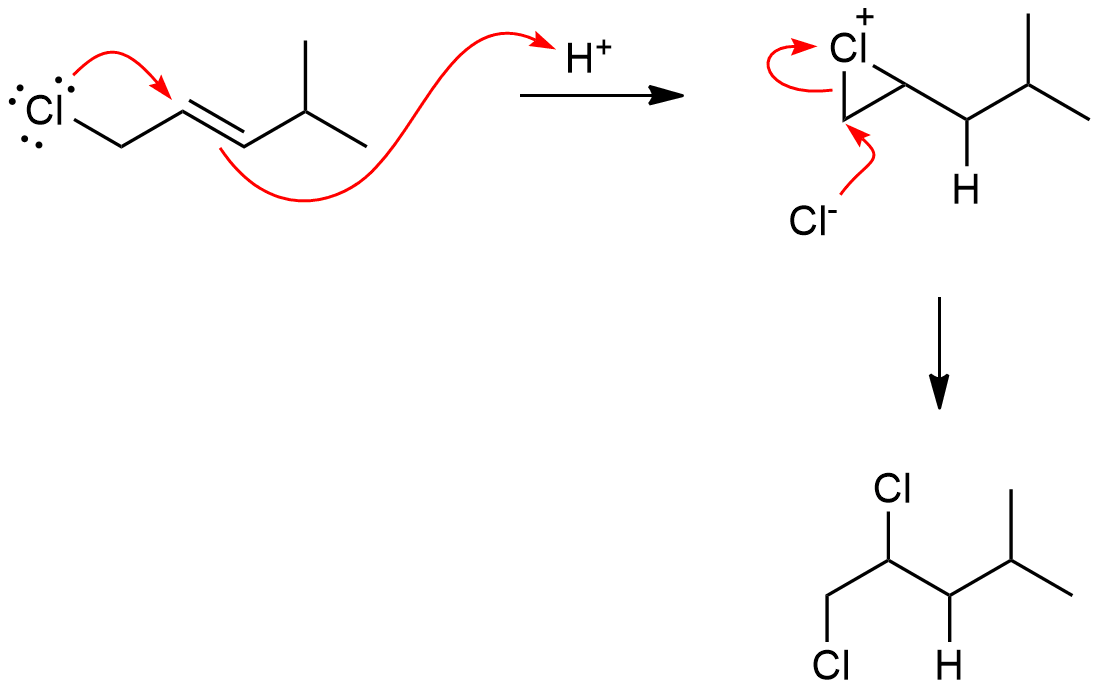 The rate determining step is carbocation formation. After which, depending on conditions, the trapping of the cation may or may not be slow enough for [1,2]-shifts.

The [1,2]-shifts are probably under thermodynamic control if there is time for them to take place. This means that if there's time for the shifts, we're hunting for the most stable cation. Otherwise, you trap the most readily formed cation in a kinetic sense (which is not necessarily the most stable).

Not the answer you're looking for? Browse other questions tagged organic-chemistry reaction-mechanism carbocation regioselectivity or ask your own question.