How is the alpha carbon defined in alkyl halides? 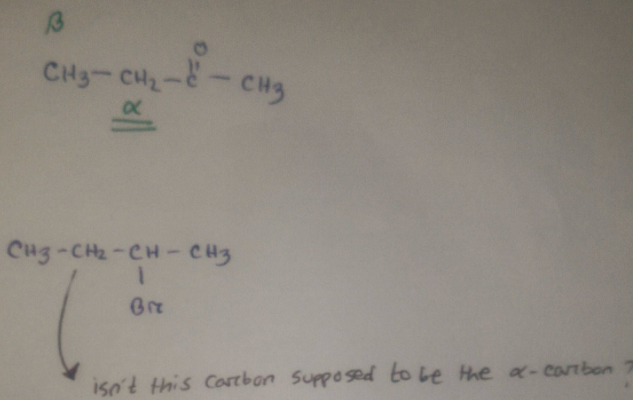 This means that reducing the ester functionality of a β-halo ester will result in a γ-halo alcohol even though no group migrated.

10
IUPAC naming - choosing the main branch
7
Why can you not make a compound with a quaternary alpha carbon using malonic ester?
1
Why does two phenylhydrazine molecule react with glucose in osazone formation?
1
Energetic stability in relation to α-hydrogens
5
Should the principal carbon chain contain maximum number of functional groups or just the principal functional group?