Do indigo and leuco-indigo have fully conjugated pi systems?

I've just come across a figure indicating the positions of conjugated bonds in indigo and leucoindigo, and I'm quite confused about why both molecules aren't fully conjugated.

My reasoning is as follows:

I also want to ask about why leuco-indigo isn't planar. According to Wikipedia:

In indigo white, the conjugation is interrupted because the molecule is nonplanar.

Let's just start with stating the very obvious: Figure 2.23 has more errors than there should be in an entire chapter.

With the exception of bonds to hydrogen, all other bonds are nicely conjugated in indigo. The π molecular orbital show this very clearly.[1] The molecule has a fantastic C2h symmetry, which also means it is in one plane. Intramolecular hydrogen bonds certainly further stabilise this conformation. They can be visualised with the help of the Quantum Theory of Atoms in Molecules (QTAIM).[2] 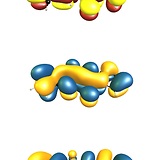 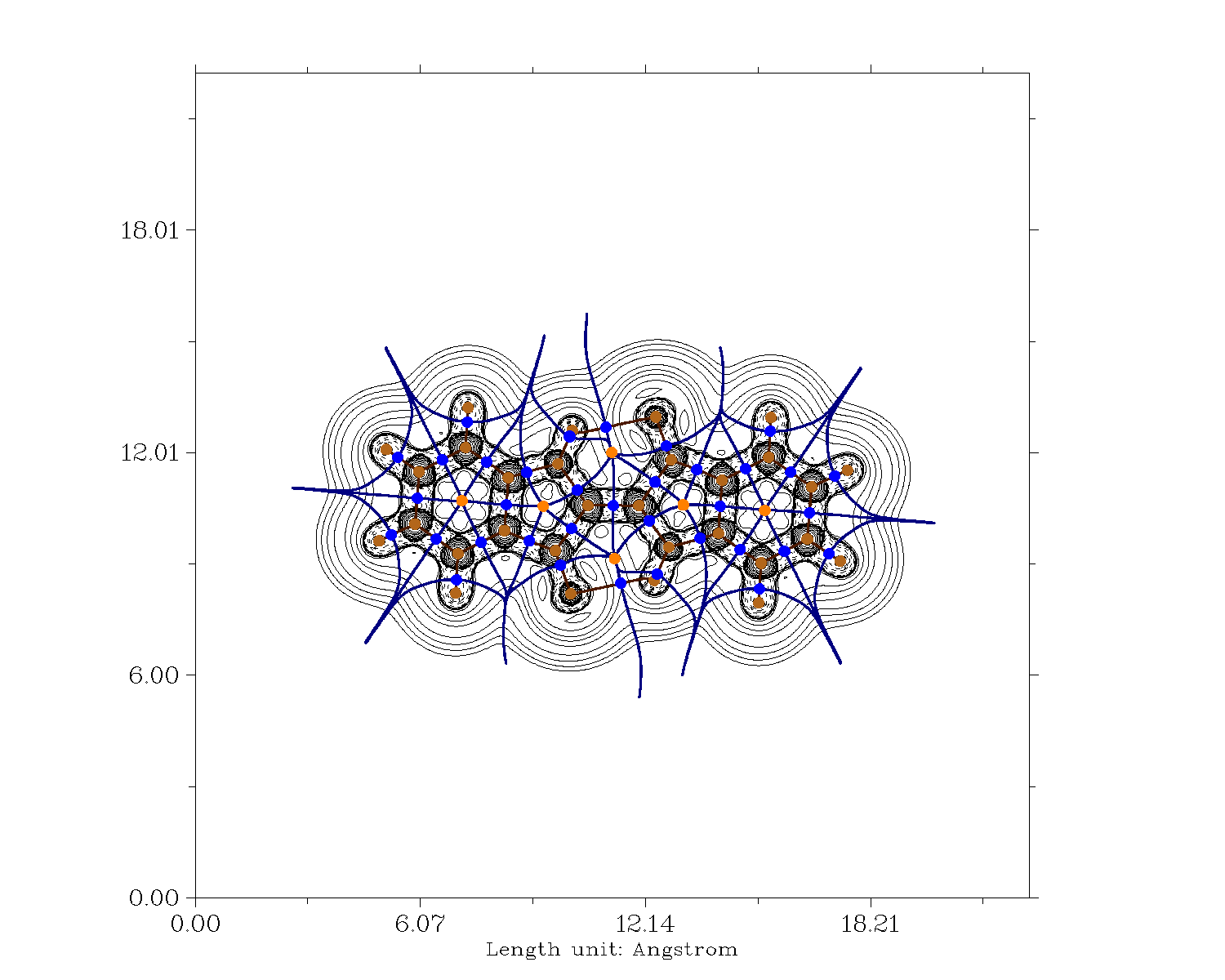 Interestingly eleven out of twenty π orbitals are occupied, which leaves the HOMO being anti-bonding with respect to the central carbon-carbon bond, which is 138 pm long.

Going further I will first add electrons, then add protons according to the following scheme:

I am happy to report, that the molecule stays flat. The central carbon-carbon bond elongates a little to 141 pm. It basically still has comparable orbitals, although the location of the nodal planes already accommodate the divide of the central bond. I am guessing that the intramolecular hydrogen bonds are accountable for this since the molecule is highly charged. 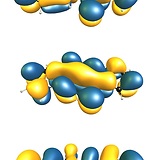 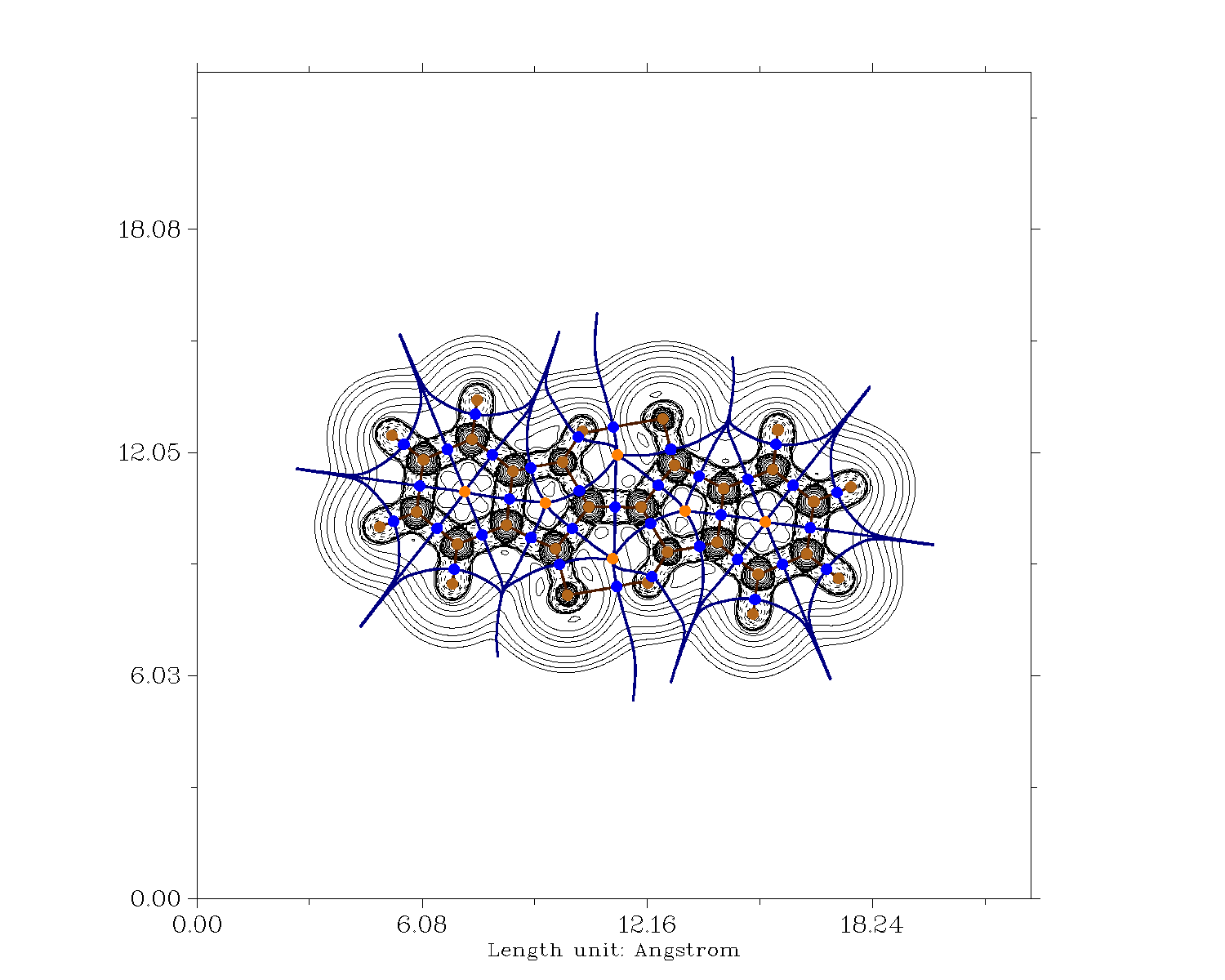 Now the basic question is how do the protons behave, where do they go, will they break the symmetry.

A bit to my surprise, the flat version of this compound is also most stable. 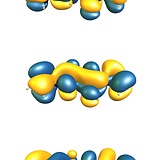 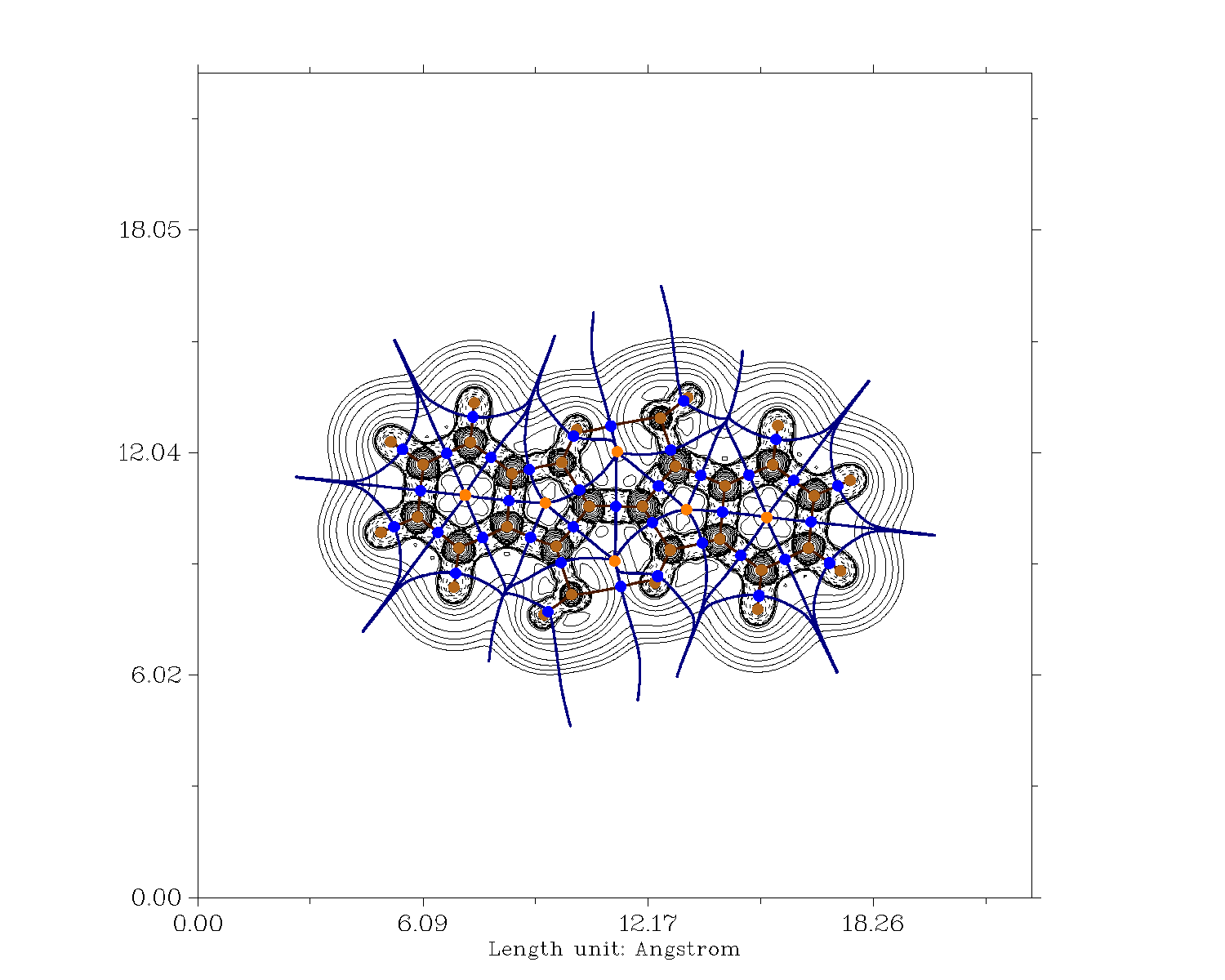 There are several points, where this project could have derailed. Level of theory is only one of them. The evidence presented here is not conclusive enough. In due time I might be able to do some more, but for now, at least the textbook picture is debunked.

Concerning this part of your question:

I also want to ask about why leucoindigo isn't planar. According to Wikipedia, "In indigo white, the conjugation is interrupted because the molecule is nonplanar

If I combine the images on the Wikipedia page for leuco dye we get:

which shows that the leuco- 'form' has a single (rotatable) central bond, not a double bond. Also the -OH and -NH look like they might clash - but would need more detailed 3D geometry for that, rather than just a 2D image.

Alternatively, there could be intra-molecular hydrogen bonds in indigo, that would not be present in the reduced leucoindigo. These hbonds would tend to stabilise the flat structure : for example see this study ("TD-DFT study on electron transfer mobility and intramolecular hydrogen bond of substituted indigo derivatives" C. Ma et al, Chemical Physics Letters, 2015).

Not the answer you're looking for? Browse other questions tagged organic-chemistry aromatic-compounds electrons dye or ask your own question.

3
Material that changes solubility when electric potential is applied

12
Why is the lone pair of pyridine's nitrogen atom not part of the aromatic ring?
14
Can Hückel's rule be applied to inorganic compounds?
7
Why is porphyrin aromatic?
6
How to compare the acidity of this multicyclic hydrocarbon to the acidity of cyclopentadiene?
0
Aromaticity of different compounds