How can multiplets in para-disubstituted benzene rings be described?

How should I label the multiplicity of the aromatic signals in an 1H-NMR spectrum with the following substitution pattern? 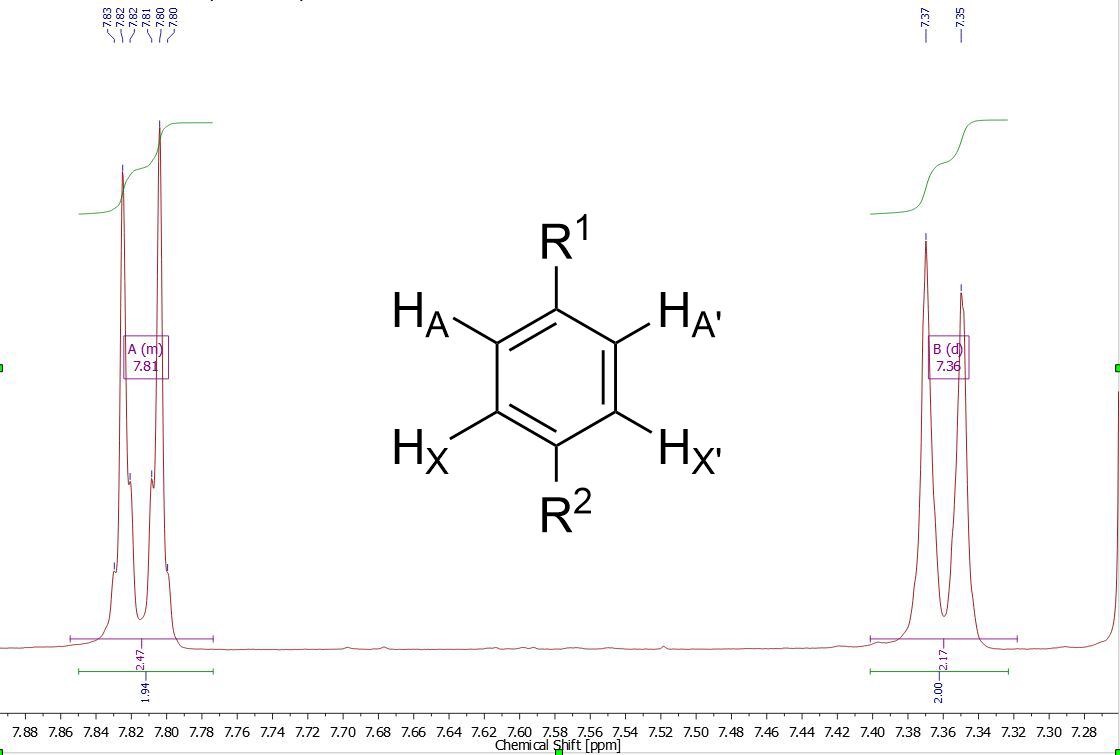 I have seen lots of people labeling both signals in this kind of system as doublets, probably because the resolution of the spectrum was not high enough, or because we are often told, these look like doublets. However, what looks like a doublet doesn't necessarily have to be one and thus, should not be called doublet, because it doesn't reflect the actual couplings in this system:

(These numbers are from the Hesse-Meier-Zeeh, a German textbook about spectroscopy in organic chemistry).

I am inclined to call these signals multiplets rather than doublets, because I can only guess the coupling constants, especially for the right signal at about 7.36 ppm.

Or is it good practice to call them pseudo-doublets? And what would be the symbol (like s for singlet, d for doublet, etc.)?

Many people report these as doublets. However, you are correct that these are not doublets - there are second order effects in AA’XX’ spin systems (note that a first-order analysis will fail, the pattern is not a ddd - see https://www.chem.wisc.edu/areas/reich/nmr/05-hmr-15-aabb.htm for more info).

Using the phrase “apparent doublet” (abbreviate as app d) is probably a good compromise between being technically correct and retaining useful information. You can still report the “coupling constant” between the two largest peaks, but with the caveat that it is not a first-order doublet.

If you want to be very precise, then multiplet is the way to go. However a typical organic chemist would also be interested in the splitting between the two largest peaks in your multiplet (which if I am not mistaken, corresponds to the sum of $^3J_\ce{AX}$ and $^5J_\ce{AX’}$). Since the para coupling is tiny, the splitting is essentially representative of the ortho coupling. In my opinion it is helpful to leave that information in.