Explanation of bond angles in the aluminium chloride dimer

I want to understand why one of the bond angles is $79^\circ$ and the other $118^\circ$. Is it possible to justify this using Bent's rule?

Aluminum chloride solid (Melting point $\pu{193^\circ C}$, under pressure) has a cubic close-packed array of chlorine atoms with only $2/3$ of the octahedral holes between every other pair of chlorine planes occupied by the aluminum atoms. At low temperatures in the vapor state, aluminum chloride is a tetrahedrally coordinated dimer, and at very high temperatures it is a trigonal monomer. So aluminum can easily have $3$, $4$ or $6$ coordination. Whatever directionality the bonds have from hybridization of the $\ce{3s}$ and $\ce{3p}$ orbitals is mixed with plain electrostatic (ionic) attraction.

But while the void for the aluminum is big enough, the distance between the internal chlorine atoms would be only $\pu{300 pm}$ in this configuration; the chlorine atoms are squeezed (ionic radius $\pu{181 pm}$). In addition, the $\ce{Al-Al}$ distance is only $\pu{250 pm}$ and the $\ce{Al^3+\bond{-}Al^3+}$ repulsion would be extreme. (In the solid, the octahedral holes are farther apart) So both aluminum atoms and the internal chlorine atoms are pushed apart, consistent with imagining more $\ce{p}$ character in the central bonds and therefore less $\ce{p}$ character in the external chlorine atoms, so $\ce{Al}$ goes to $\ce{sp^2}$ (or nearly so). The internal $\ce{Cl-Al-Cl}$ bond angle is even less than $90^\circ$ (less than you would expect for two $\ce{p}$ orbitals), so π bonding needs to be considered.

Aluminum chloride is a strong Lewis acid. Its solubility in organic solvents is due to formation of complexes. It is not soluble in the way that carbon tetrachloride or hexachloroethane are soluble. The salt-like (ionic) character of solid aluminium chloride is still present in $\ce{Al2Cl6}$; the aluminum atoms are surrounded by a cocoon of chlorides. Solid aluminum chloride can be ground into particles and nano particles; $\ce{Al2Cl6}$ is like a pico particle of salt. 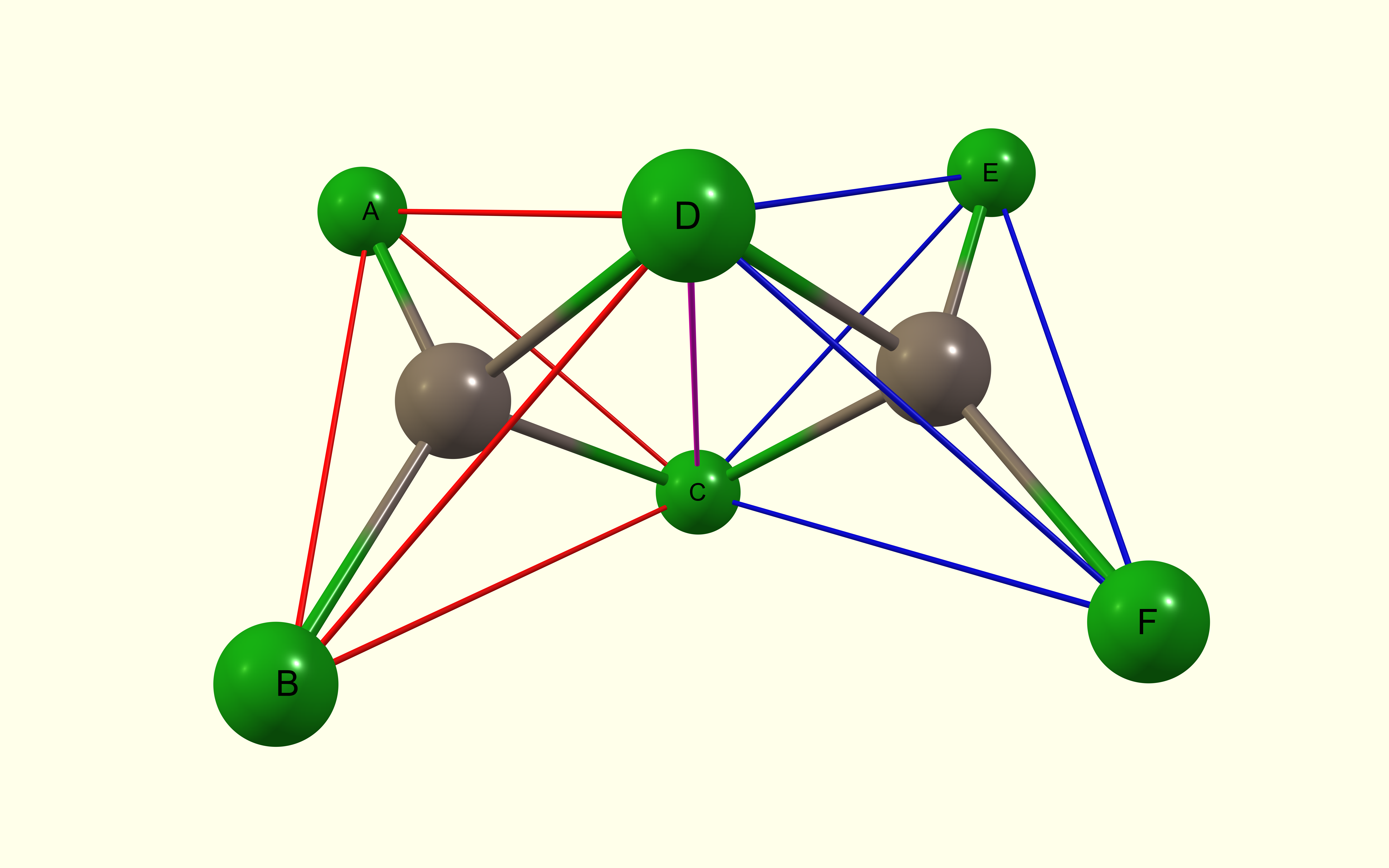 Not the answer you're looking for? Browse other questions tagged inorganic-chemistry physical-chemistry or ask your own question.

89
What is Bent's rule?
39
Why is BCl3 a monomer whereas AlCl3 exists as a dimer?
7
Why does AlCl3 dimerise to Al2Cl6 at low temperatures?

15
Dihedral angle of gaseous and crystalline HOOH
29
What is Drago's rule? Does it really exist?
7
Comparison of C-Cl bond length in CH3Cl and CF3Cl
0
Why does SiH4 have unusually large bond angles?
3
Comparing bond angles in carbonyl dichloride and carbonyl dibromide
2
Why is the bond angle of trifluoromethane higher than that of difluoromethane?