Are compounds containing active methylene groups (e.g. 1,3-diketones) positive for the haloform test? Support your answer with a suitable explanation.

Here's a possible mechanism that I came up with. Don't know if its correct. Sorry that it's handwritten; I don't know how to type chemistry. 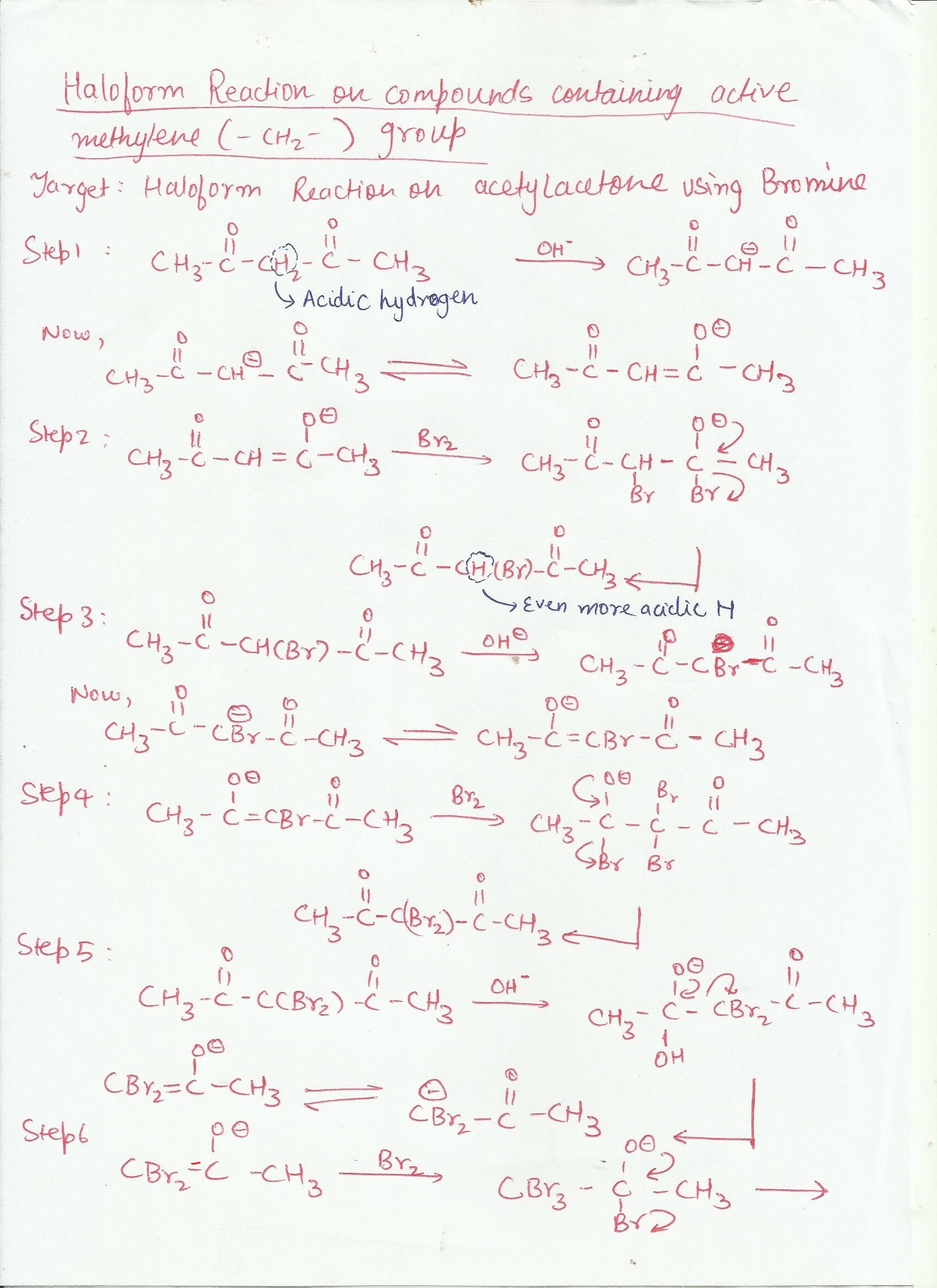 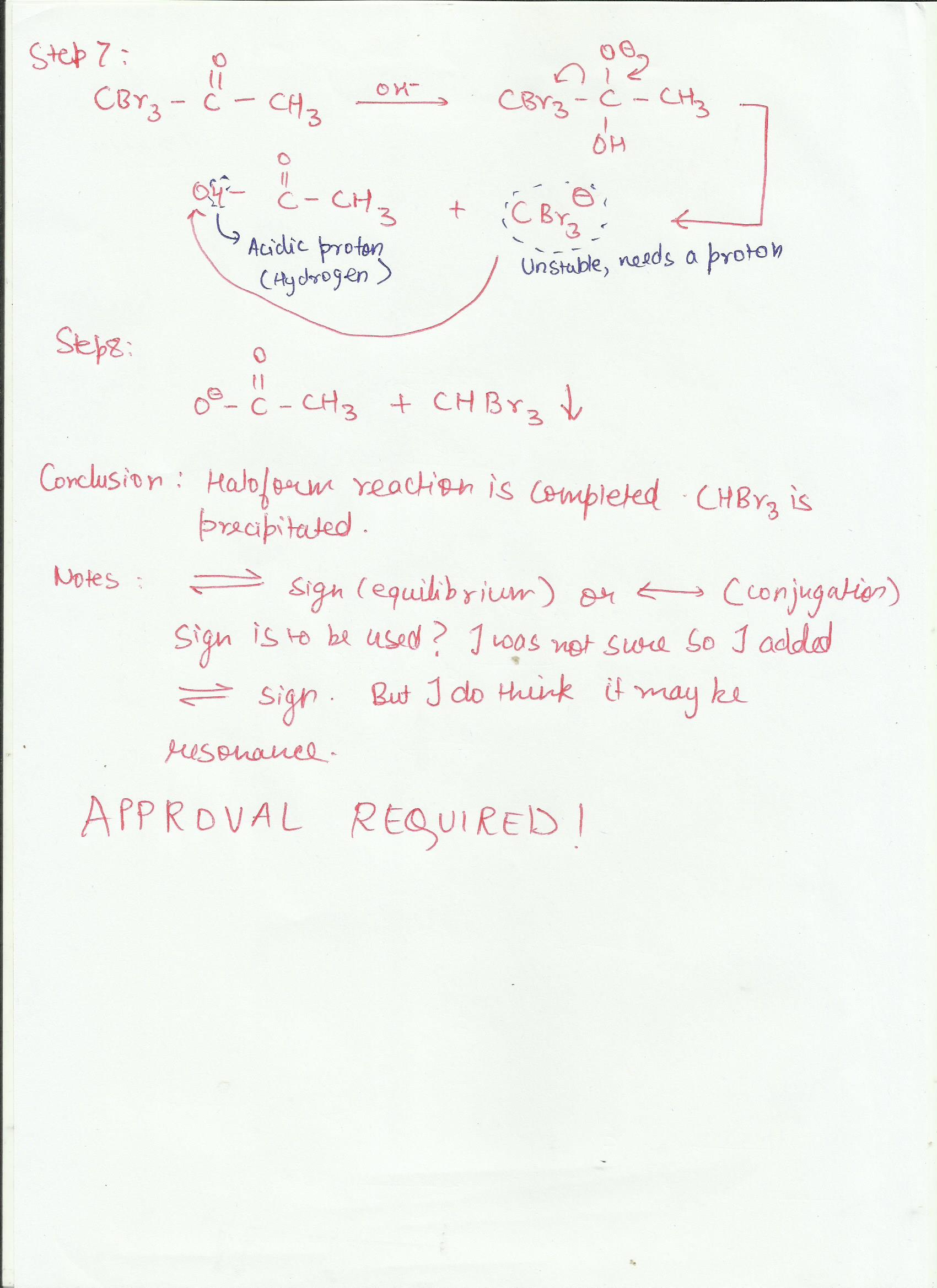 As orthocresol already commented, apart from some nitpicks, the general direction is correct.

The only issue really is the addition of bromine, which does not occur via a [2+2]-cyclo-addition (2nd from below in scheme).

Ordinarily you would expect addition the addition of bromine to a π-bond to occur first via a polarisation complex and then via a bromonium ion (bottom of scheme).[1] In the case of the enolate, the π-bond is already readily polarised, and sufficiently asymmetric that a direct addition will occur.[2] The following depicts the HOMO -1 calculated at the DF-BP86/def2-SVP level of theory, the HOMO is an (delocalised) in-plane lone pair of the carbonyl-oxygen atoms in the C2v conformation (1st row). In the Cs conformation the π-bond is the HOMO, it is also the low-energy conformer (2nd row). (On mobile the rows might differ.) 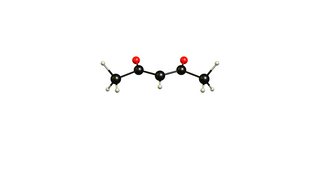 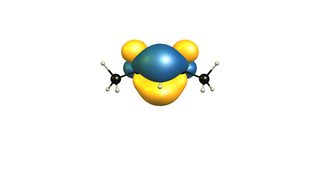 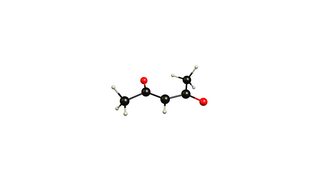 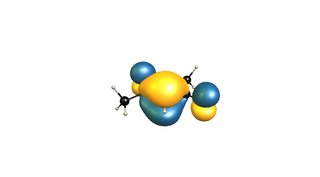 Please note that the following scheme is just a proposed mechanism, and as such probably a reasonable simplification; the actual one might depend on more factors like solvent, temperature, pressure, etc., and might have more, or even less steps, other intermediates (ion pairs), hydrogen abstraction might be via water/base bridges, etc. For educational purposes I think this is sufficient though. 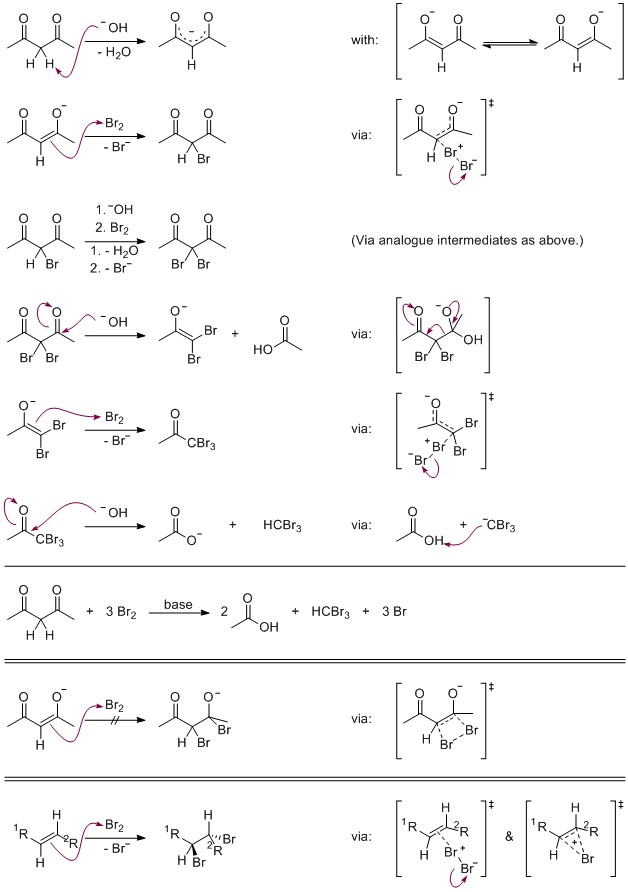 16
How to determine the worst resonance structures out of a given set?
5
Distinguishing Test for Organic Compounds
18
Does resorcinol give positive iodoform test?
12
Why are optically active compounds abundant in nature?
9
AChE Aging time of organophosphorus compounds containing hydroxyl groups
1
Does acetoacetic ester give haloform test?
1
What are the reaction products in my dishwasher from a steel colander?