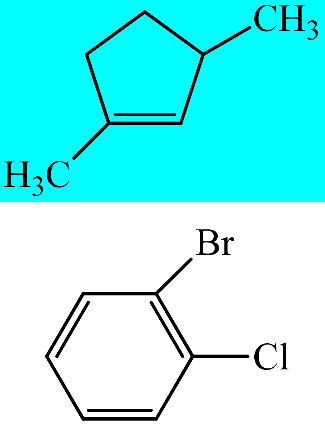 The top compound has a methyl group and an R group connected to one of its SP2 double bond carbons, and a hydrogen atom and a different R' group connected to the other. Conversely, it appears that this precludes cis-trans isomerism.

First, Why does the top compound has geometric isomerism while the bottom compound doesn't given these facts?

IUPAC defines geometric isomerism as an obsolete synonym for cis-trans isomerism. This makes it a subset of diastereoisomerism, meaning that cis and trans isomers exhibit different properties such as melting point or density. The descriptors cis and trans themselves are also obsolete for double bonds and proper nomenclature should instead use (E) and (Z) as stereodescriptors since these are also applicable to tri or tetrasubstituted double bonds.

While linear or branched alkene chains can — as soon as the double bond is substituted asymmetrically — typically exist in both the (E) (or trans) and (Z) (or cis) isomers, this is not true for any cycloalkenes with less than eight carbon atoms. (E)-Cyclooctene is the smallest and most strained (E) configured cyclic alkene. You can use a molecular modelling kit to find out why this is the case.

Therefore, neither of your two compounds can exhibit cis-trans isomerism. Both ring sizes — the six-membered benzene ring and the five-membered cyclopentene ring — are smaller than eight and can therefore not accomodate an (E) configured double bond.

In an additional exercise, we may investigate whether other types of stereoisomerism can apply to the compounds in question — basically this boils down to whether enantiomers can exist. The flat benzene ring is $C_\mathrm s$ symmetric and thus no enantiomers are possible. However, the 3-methyl group on 1,3-dimethylcyclopentene can point both above (R) or below (S) the paper plane.

Neither has geometric isomers. 1,3-Dimethylcyclopent-1-ene is necessarily in its (Z)-configuration, because a five membered ring can't contain a trans double bond. The smallest stable trans cycloalkene is cyclooctene.

Because the bottom one is a benzene, which is flat and aromatic. All its substituents would be in the same plane.

Not the answer you're looking for? Browse other questions tagged organic-chemistry bond aromatic-compounds geometrical-isomerism cyclohexane or ask your own question.

0
Geometrical Isomerization
10
Number of stereoisomers of a polyene
1
R & S Stereochemistry of an unsaturated ring system
1
How many cis-trans isomers does 1-O-stearoyl-2-O-arachidonyl-phosphatidyl-inositol-4',5'-bisphosphate have?
2
Why does having identical groups on either side of the pi bond lead to no geometrical isomerism?
2
How to assign priorities around the asymmetric carbon with its substituents having multiple bonds?
3
How many stereoisomers are possible for 1,2-dimethyl-4-(propan-2-ylidene)cyclopentane?
2
Cis and Trans Isomerism given three different groups around the reference plane