2017 Nobel Prize; What does Cryo-electron microscopy data actually look like?

awarded to Jacques Dubochet, Joachim Frank and Richard Henderson "for developing cryo-electron microscopy for the high-resolution structure determination of biomolecules in solution".

What does the data that Cryo-electron microscopy produces when examining the structure of "biomolecules in solution" actually look like? Is it electron transmission images of the molecules, or a diffraction pattern produced by single molecules, or something different? Are the molecules still in liquid solution when they are measured, or are they actually frozen by the time the data is collected?

Including an example image or diffraction pattern or some representation of the type of data obtained from a biomolecule in solution would be greatly appreciated! 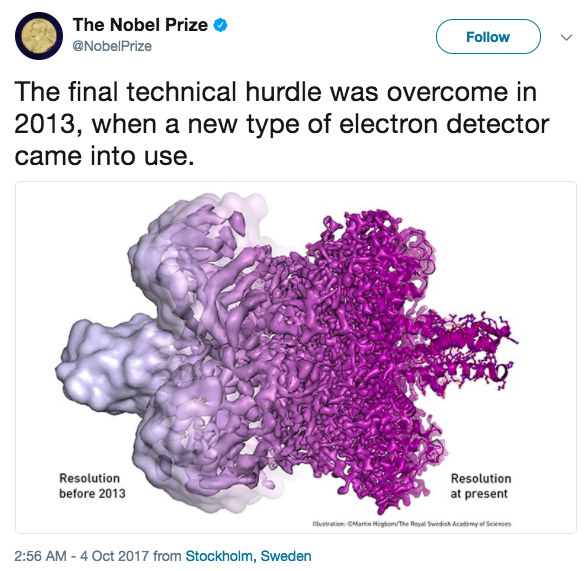 This is a summary of the account by Peter Brzezinski, Professor of Biochemistry, Stockholm University, Member of the Nobel Committee for Chemistry from the Scientific Background document.

To answer the questions of the OP, I will use some of the excellent figures in the document.

[OP:] What does the data that Cryo-electron microscopy produces when examining the structure of "biomolecules in solution" actually look like? Is it electron transmission images of the molecules, or a diffraction pattern produced by single molecules, or something different?

For larger particles such as viruses, it looks like the actual objects. Here is an example: 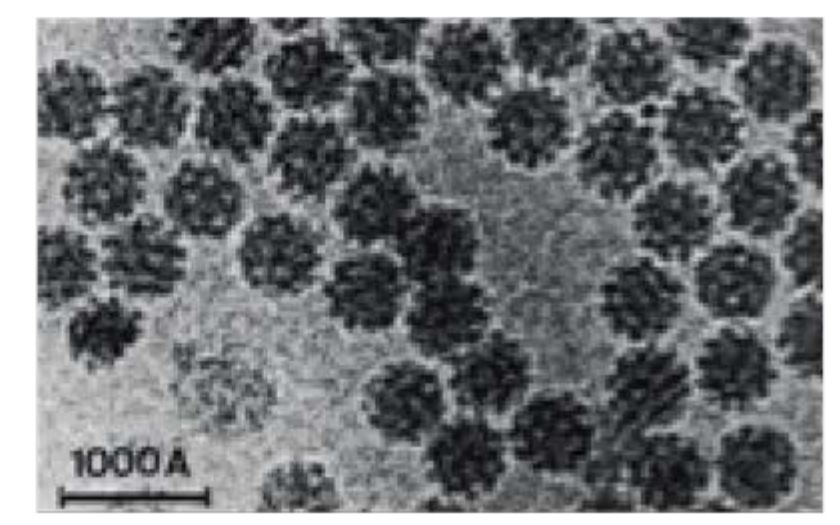 As you can see, the virus particles are not oriented (not a crystal, different molecules rotated differently). Other studies used two-dimensional or three-dimensional crystals. No diffraction images are used (in contrast to single molecule X-ray diffraction using free electron lasers). When the objects are large and have high symmetry, orientation of the molecules is easier than for small objects lacking symmetry. Thus, success in structure determination started with highly symmetric virus particles (pioneered by Henderson) and progressed to smaller objects requiring more powerful algorithms for orienting images (developed by Frank).

[OP:] Are the molecules still in liquid solution when they are measured, or are they actually frozen by the time the data is collected?

Samples are in vitrious ice. For the technique developed by Dubochet, no cryo-protectant is necessary (different from cryo-cooling crystals for X-ray diffraction): 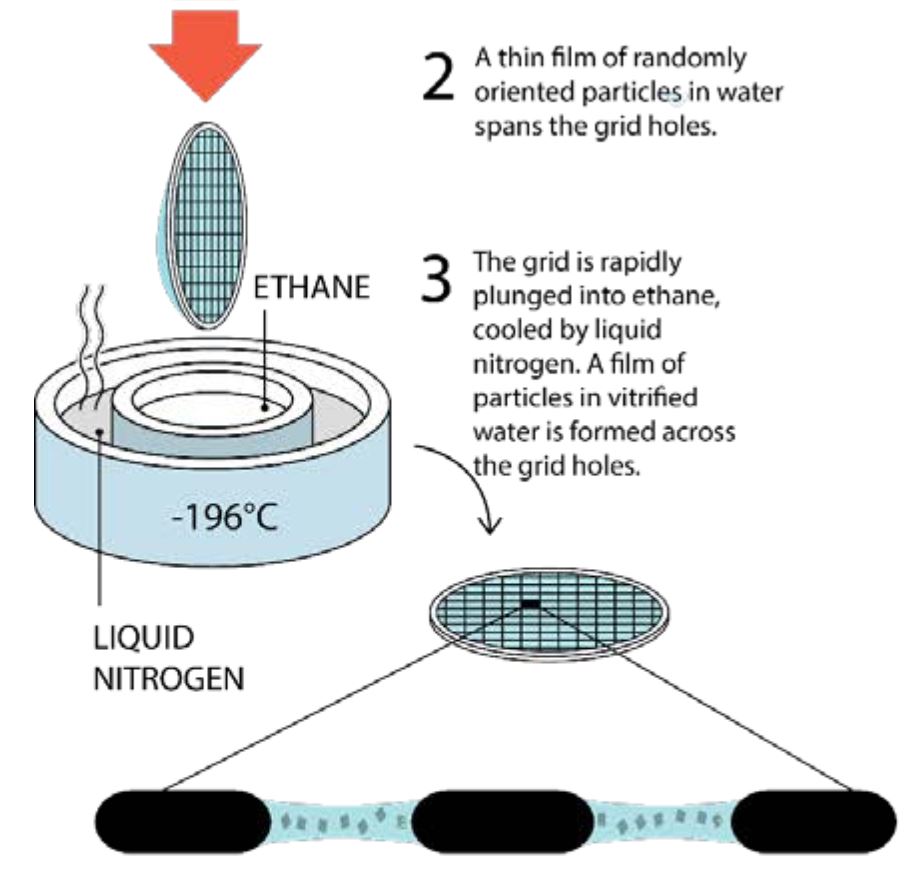 The image posted by the OP mentions advances in detector technology. Traditionally, electron microscopy uses film or CCD detectors. In both cases, signal from electrons are "converted" into visible light, introducing noise. The new type of detectors are "constructed from Monolithic Active Pixel Sensors, based on Complementary Metal Oxide Semiconductors, known as CMOS technology". They directly detect the electrons, giving images with less noise.

For brevity, I skimmed over the contributions of the laureates and did not mention any of the many other contributors. The article I reference above is excellent; I recommend it as a starting point to a more in-depth study of the topic.

Not the answer you're looking for? Browse other questions tagged biochemistry molecular-structure or ask your own question.

4
What elastic polymeric material look like at molecular level?
2
What will "Efavirenz amino alcohol methyl carbamate" look like?
6
What does the crystal field splitting diagram for trigonal planar complexes look like?
20
Why does the image of cyclo[18]carbon look like a nonagon?