Why does only a single azeotropic composition exist for a mixture of two given substances?

In the image below, which represents a generic composition vs. temperature plot for a mixture, there is a single intersection point between the vapor and liquid curves. This is due to the fact that the composition corresponding to this intersection point has an extremely low boiling point due to negative deviation from Raoult's law. If this is the case, why is it not possible for the vapor curve to "hug" the liquid curve along an entire section, rather than just at one point? Similarly, why does the vapor curve have to intersect liquid curve at all? Would it be possible for the minimum point of the vapor curve to be located just above the minimum point of the liquid curve? 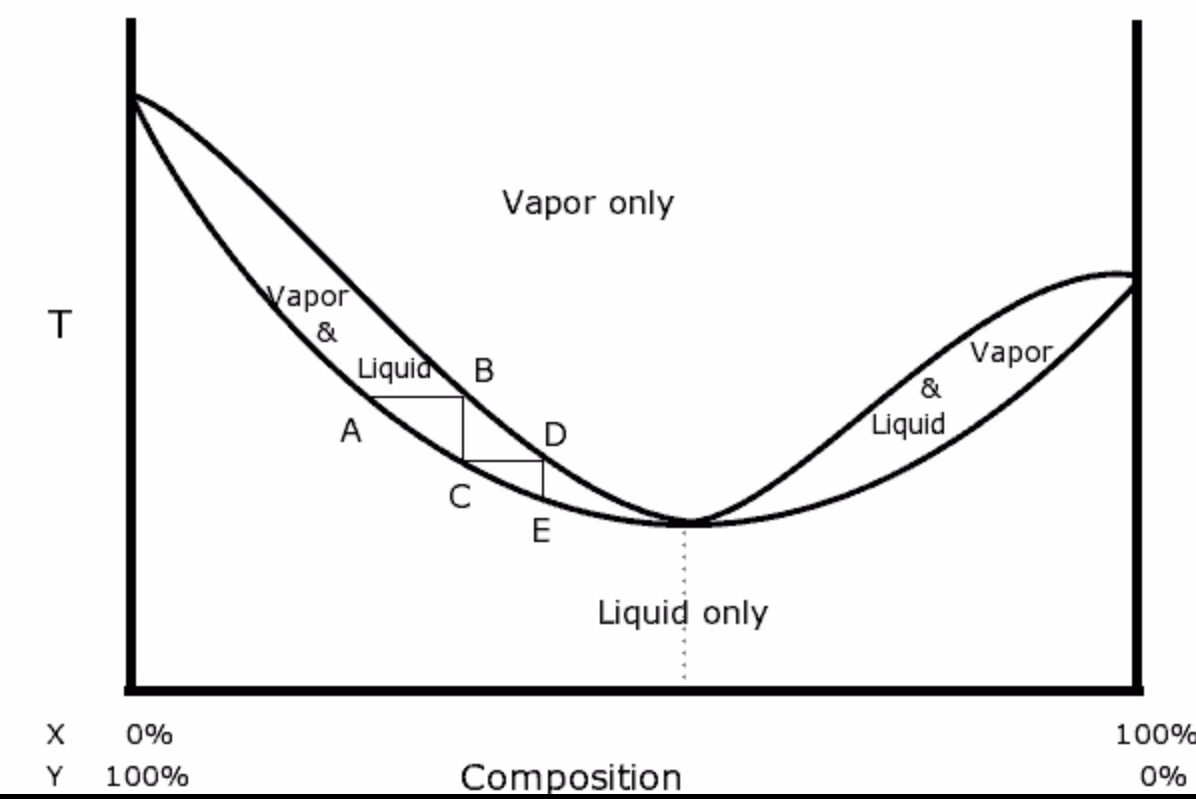 0
Why is the temperature graph sigmoidal in simple distillation of components with very different bps?
5
Why exactly does high pressure (72 bar) nitrous oxide's pseudocritical¹ temperature drop so far when oxygen is added to make 50%v/v mixture? (Entonox)
2
Azeotropic mixtures and Raoult's Law