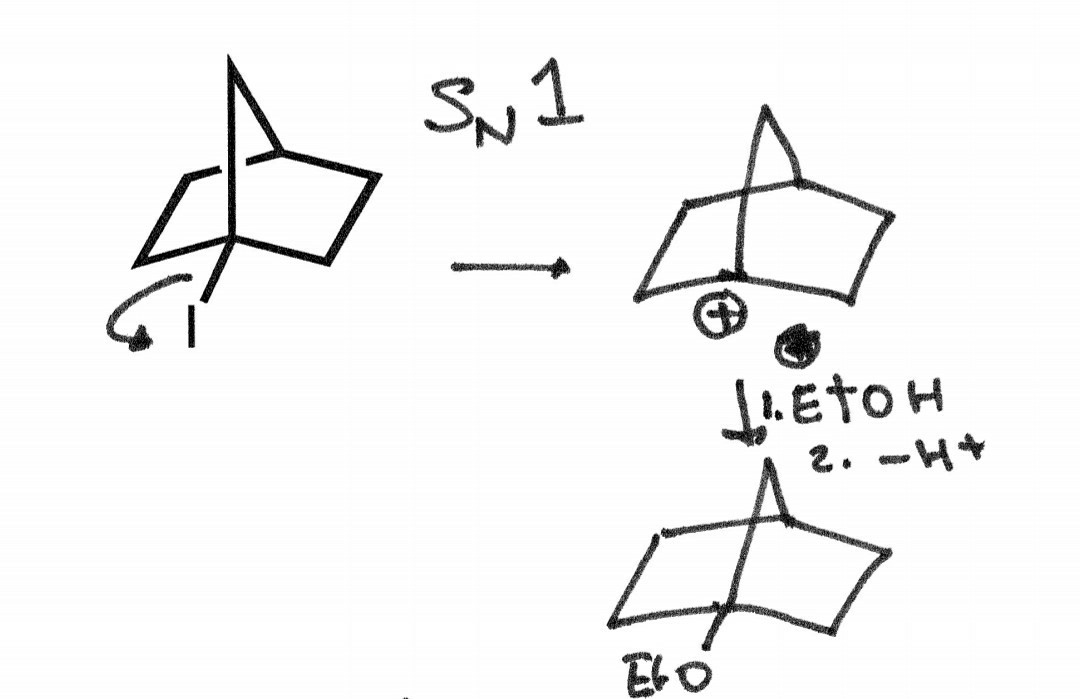 This is the solution of a university's problem set (nucleophilic substitutions) It says that the given compound undergoes SN1 type substitution.

What confuses me is that even though iodide is a good leaving group, bridgehead carbocations (sp² bridgeheads) are extremely unstable. According to me, this reaction shouldn't occur.

Could anyone explain what's going on here? If the explanation is just thermodynamic (hopefully not), could some data be provided? Thanks!

The reaction in question is known and has been studied fairly extensively, both experimentally and computationally, and is accepted to go via the bridged carbocation that you propose.

To give some data, one experiment measured the relative reaction rate of a series of such structures towards solvolysis in 80% aqueous ethanol (basically the reaction you describe above):

In the case of the norbornyl cation, the carbocation can be observed spectroscopically by treating the parent halide with a superacid such as $\ce{SbF5.SO2ClF}$ at very low temperatures: 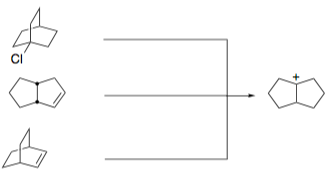