Definition of an intensive variable

The IUPAC definition of an intensive variable is:

Physical quantity whose magnitude is independent of the extent of the system.

Why is it defined for "a system", and not for a homogenous system, as for a heterogenous system the quantity (e.g. density, temperature) might be different for the different extents/parts of the system?

The intensivity of a variable doesn't depend on the homogeneity of the system.

Consider system A, a metal rod of length 2 with a gradient of temperature : 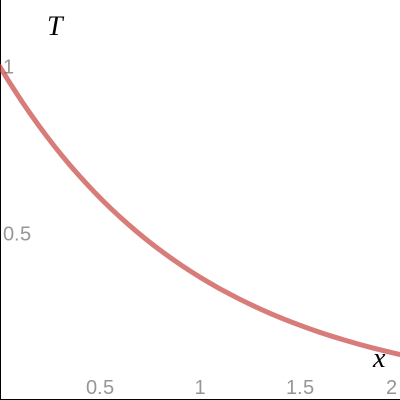 This metal rod has an average temperature, which you could calculate.

Now consider system B, a metal rod of length 4 with the same gradient of temperature : 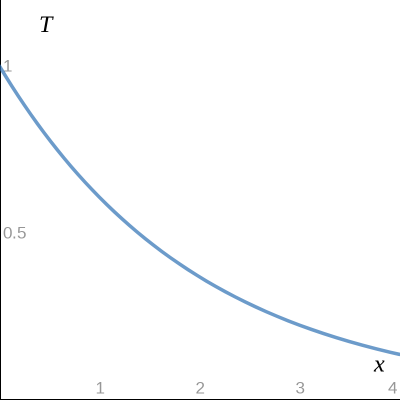 This metal rod also has an average temperature. Furthermore, it is the same temperature as system A. (if you are unsure about that try to pick a gradient (I arbitrarily chose T = exp(-x) and T = exp(-x/2) for the graphs) and do the calculations yourself)

System B is bigger (it would be twice as massive) but its temperature is the same. Ergo the temperature doesn't depend on the size of the system and is an intensive variable.

Not the answer you're looking for? Browse other questions tagged thermodynamics terminology or ask your own question.

8
Temperature of an atom
7
Intensive and extensive properties of gases
5
What's an "amagat"? How is it different from the Loschmidt Number?
1
Standard state of a substance - definition
4
How is a phase equilibrium defined for a one-component system?
3
Why is the IUPAC definition of adsorption so different from other definitions?