Why does acetone have a greater dipole moment than dimethyl ether?

Below are the lewis structures for dimethyl ether and acetone. My chemistry textbook indicates that acetone has a larger dipole moment than dimethyl ether. I am familiar with dipole moments and the fact they are created by an unequal sharing of electron density. However I do not understand why acetone is more polar than dimethyl ether. My best guess is that having an extra carbon provides more electrons which allows the molecule to establish a larger difference in electron density between the oxygen and the rest of the molecule. I am unsure if this is correct and would greatly appreciate a more in depth explanation. 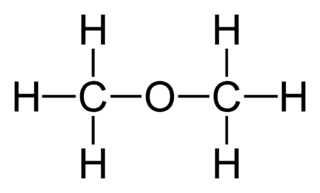 The ether is fairly symmetrical though there is a bond angle of ~111°, "exposing" the oxygen on the side (and its electron cloud). Acetone, however, has an oxygen off to the side, with its electron cloud offset ~120 picometers (pm), making it more polar.

Remember that oxygen is a strong electron acceptor, so that there will be a "lump" of electron probability surrounding it.

[Sorry about the hodgepodge illustration!]

In a very simplistic view, the dipole moment can be considered the vector addition of all polarised bonds. In an initial step, we can even completely ignore the $\ce{C-H}$ bonds since they are almost unpolar.

In dimethyl ether, you have two polarised bonds that point more or less towards each other at an angle of about $111^\circ$. This is not quite opposite but a large part of the dipole moment will cancel itself out, leaving only a rather small component along the principal $C_2$ axis.

In acetone, the main component of the dipole moment is a bond on this principal $C_2$ axis, which here coincides with the $\ce{C=O}$ bond. No cancelling out can happen.

Additionally, there is only a single carbon atom bound to that oxygen of acetone so this carbon has to deal with the entirety of oxygen’s electronegativity. In dimethyl ether, two carbon atoms can share their electron density with oxygen making each individual dipole less strong.

Not the answer you're looking for? Browse other questions tagged polarity dipole or ask your own question.