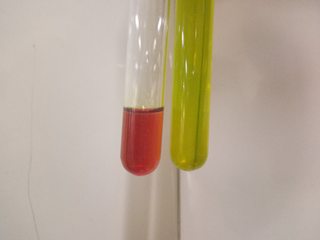 2
t-butylbenzene in highly acidic medium
0
Determining the nature of common pH indicators (methyl orange) using Le Chatlier's principle
0
Acidic, Basic, and Neutral Medium
2
Rate of hydrolysis of ester in presence of an acidic medium
2
Why is the pH level of carbonation loss decreasing then increases afterwards?