Disclaimer: Sorry if this is not a pure chemistry question. If it's better suited to another SE, I'm happy to have it migrated there.

I'm in the process of cleaning my father's workshop, and recently discovered an old Duracell mercury battery (picture from Wikipedia): 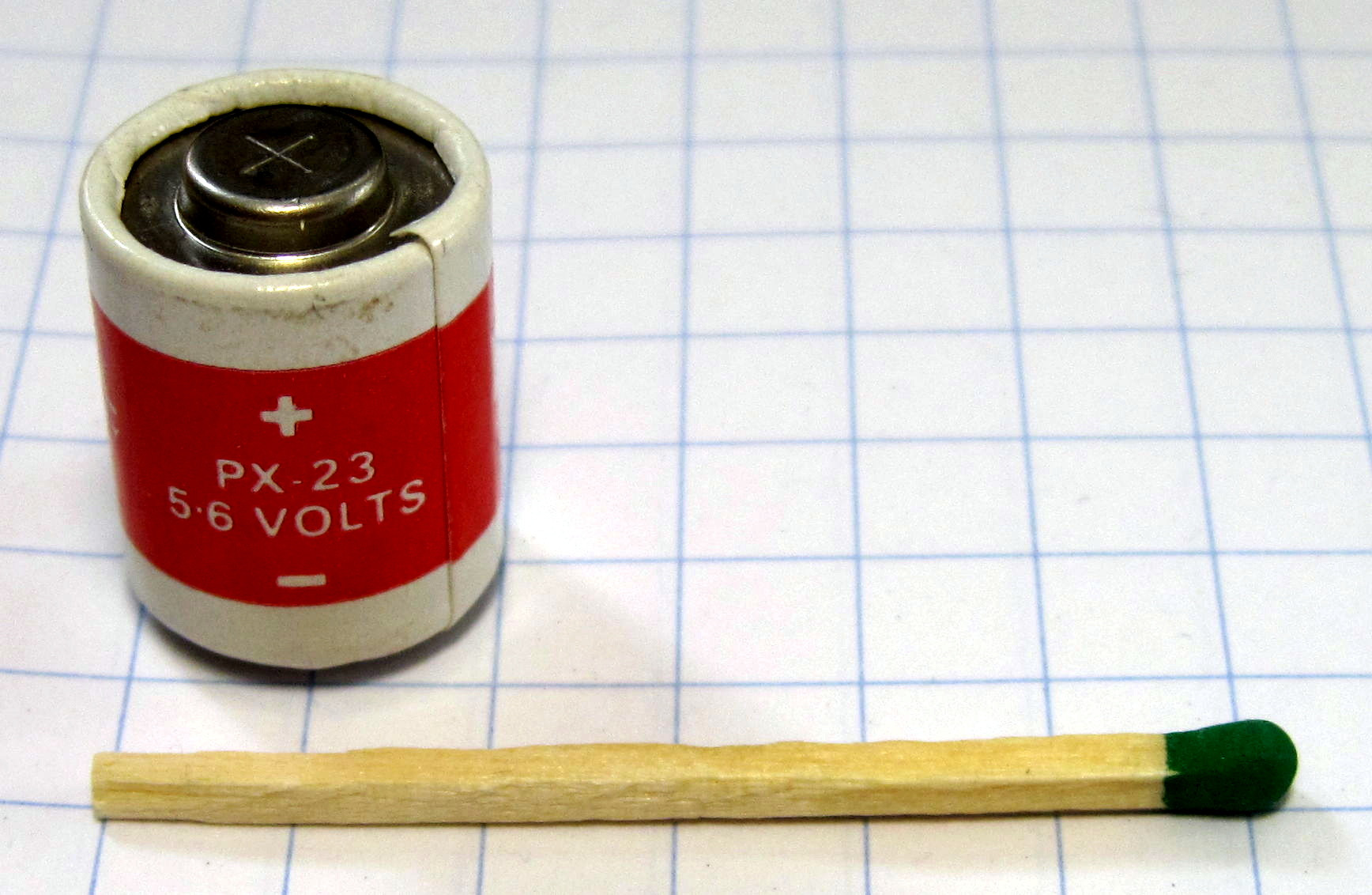 The battery is corroded, and I would say that the color of the corrosion is brown or dark orange.

The battery was lying in a pile of other things on a workbench. Presumably, the battery has been lying there for many years. As things have been moved around on the workbench over the years, one can expect the corrosion to have been scraped off and been mixed with sawdust, smeared on tools etc.

My concern is that I should basically treat the whole workshop as being contaminated, but still I feel it might be a bit over the top.

I would like some information on just how toxic the corrosion is, and some suggestions for what I should do. Could I swab some sample surfaces to have them tested? How expensive would this be?

Based on the color alone, the corrosion could be mercury (II) oxide, which is nasty. As with other mercury salts, it can end up in your body in a variety of new and exciting ways, such as by inhalation (that is not to say that elemental mercury cannot do so, it is simply more difficult), which make it more dangerous than elemental mercury. For this reason, do not touch it, even if it ends up being another salt.

What I (and I am no hazmat professional) would do is search around on the Internet for my local hazardous materials disposal facility (it may go under a different name) and would call them. I would ask them about the battery whilst giving as much information as possible about it, even if it seems unrelated. If (and only if) they ask you to bring it in, do the following:

In addition, be careful with any of the tools that it touched, they could also be highly contaminated. If you want to learn more about mercury (II) oxide, the Wikipedia article seems relatively accurate (the same could be said about mercury batteries): https://en.wikipedia.org/wiki/Mercury(II)_oxide

Disclaimer: As stated, I am no hazmat professional, and my advice does not take authority over the advice of a professional.

Not the answer you're looking for? Browse other questions tagged toxicity or ask your own question.

3
What makes mercury vapors so harmful?
0
Is this home-made pesticide from cigarette butts and battery acid safe?
15
Mercury metal: Not toxic?
3
How does selenium protect against mercury poisoning?
0
Dangers of Colbalt Chloride Paper Burning
7
Would standing next to a pool of mercury do you any harm?