Correlation between 1H and 13C shifts - coincidence or not?

although simplistic, actually holds up fairly well. To illustrate the point further, here is a diagram taken from the textbook by Silverstein et al. on organic spectroscopy: 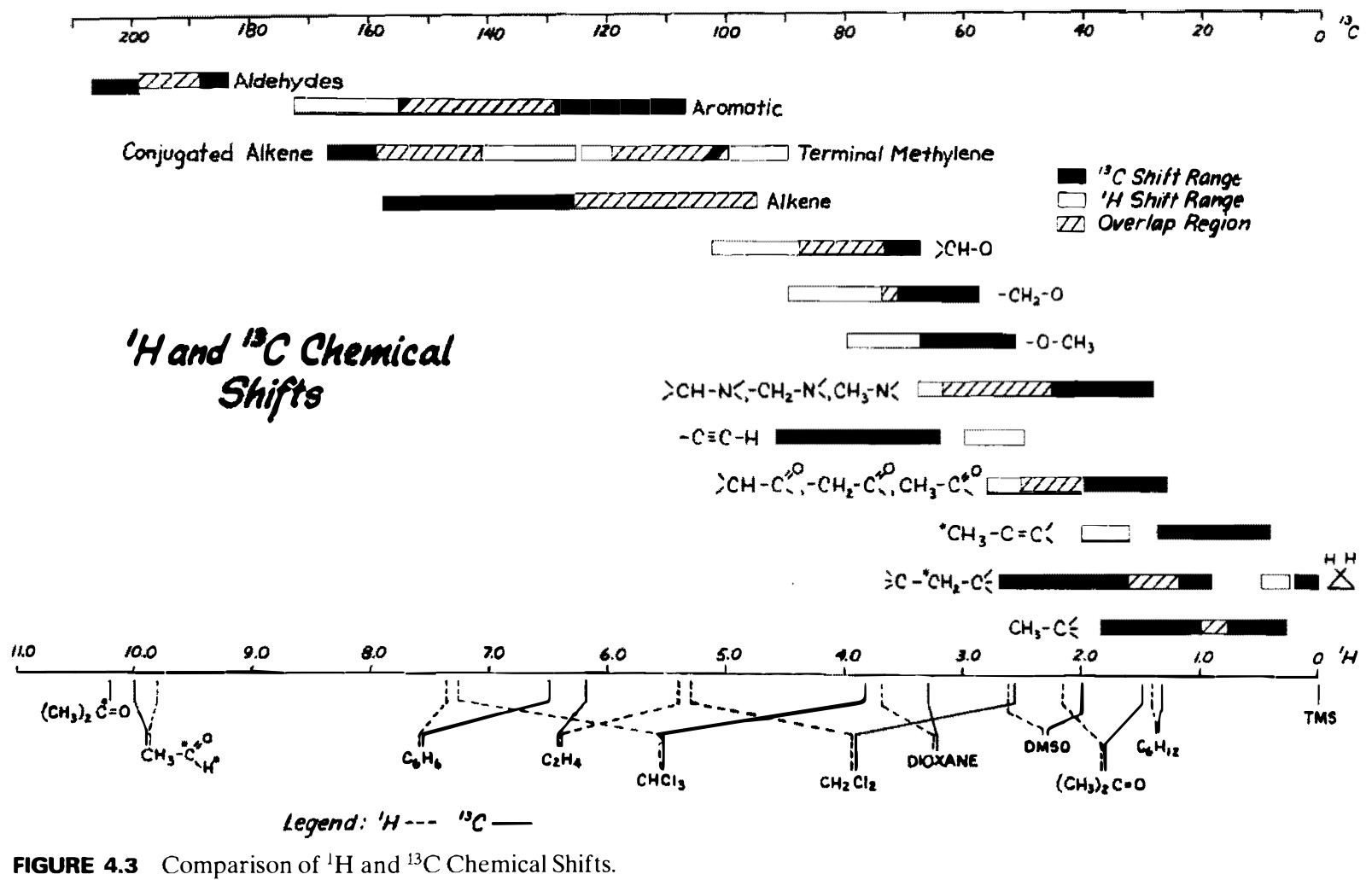 In light of this, how much should we make out of the general correlation seen? i.e., is it best understood to be a pure coincidence, or is there more to it than that?

Maybe it would help to comprehend the coincidental changes in 1H and 13C chemical shift by understanding the origin of chemical shift. In both cases, very crudely speaking, the influence of ring currents and electronegative elements/groups cause a downfield (away from zero) shift. The factor of 20 quoted is a function of the number of electrons (usually outer ones) involved in forming the bond. So the trend will also be true for other elements e.g. 15N where aromatic N compounds i.e. pyridine have a larger downfield shift.

Apart from other specific effects, chemical shift is a function of electron density around the nucleus, so it is reasonable that proton shifts roughly correlate with those of the attached carbon.

4
Most negative and most positive value for proton chemical shifts
14
Calculated 13C NMR Shifts of brominated Carbons
1
Determination of brominated aromatics by 13C and 1H NMR spectroscopy
3
Determination of structure by 13C and 1H NMR spectroscopy
5
Identification of an unknown organic molecule from only 1H NMR and 13C NMR
5
Identification of a compound C10H12O with 1H and 13C NMR data
12
Nitrobenzene and other monosubstituted benzenes 1H vs 13C NMR assignments
3
Assigning the 13C NMR spectrum of bromobenzene and 4-bromobenzophenone
12
Can non-deuterated solvents be used for 13C-NMR (and in fact other nuclei)?