Why does lithium forms no ethynide on reacting with ethyne? 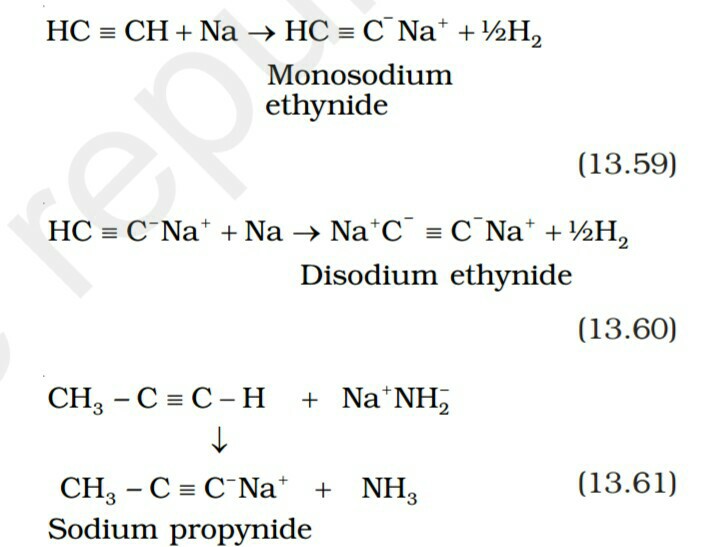 The above process is well described in this paper which @Tyberius linked in the comment section.

Lithium actually can be reacted with acetylene to produce the ethynide:

In the laboratory samples may be prepared by treating acetylene with a solution of lithium in ammonia, on −40°C, with creation of addition compound of $\ce{Li2C2 • C2H2 • 2NH3}$ that decomposes in stream of hydrogen at room temperature giving white powder of $\ce{Li2C2}$.

Samples prepared in this manner generally are poorly crystalline.

Various alternatives are therefore often preferred, and (some of) these are also given in the Wikipedia article, and by Nilay Ghosh in his answer.

21
Why are lithides not known?

4
Which of sodium or lithium will be more reactive with oxygen?
6
Why does hot steam produce MgO instead of Mg(OH)2?
8
Why does lithium from the nitride whereas the other alkali metal forms the azide?
37
Why does potassium react more violently with water than lithium?
0
In Lassaigne's test, the organic compound is first fused with Sodium Metal instead of any other Group 1 Metal, Why is this so?
4
Is carbon–sodium bond mainly ionic or covalent?