Since large quantity of energy is consumed to vaporize the solvent in liquid precursors, a novel method that involves thermal plasma in-flight oxidation of $\ce{TiH2}$ has been developed to synthesize nanocrystalline $\ce{TiO2}$."

What does in-flight mean in this context? Obviously it doesn't have anything to do with actual flying, but everywhere I look it says that it is used for something that occurrs or is provided during an aircraft flight.

The article is about photocatalytic inactivation of bacteria by reactive plasma nanocrystalline $\ce{TiO2}$ powder. It suggests a new method for the physical preparation of $\ce{TiO2}$ for a novel reactor.

Original paper where this method (and, I guess, the term itself) has been introduced was written in Japanese in 1982 [1]. In 1997 there was a great overview published in English by Toyonobu Yoshida, author of the original paper, with a chapter (2.3) devoted to this particular method:

Processes used to manufacture materials by injecting a solid, liquid, or gas into a thermal plasma to use its high enthalpy and reactivity are referred to as in-flight plasma processes (IFP processes).

Due to the nature of the method which utilizes plasma jet with reactants generated via various torch-types, there is actually a flow of chemicals reacting while they "fly", of course, in the plasma area. 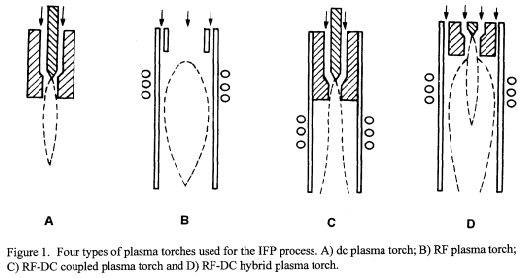 Further down in the paper, the following image and accompanying text are present: 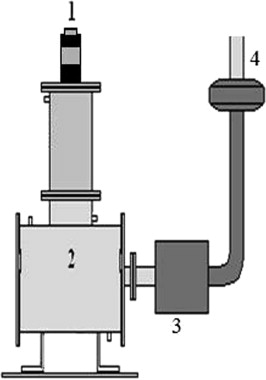 So in-flight here means the same thing it does in other contexts, but the flight is the flight of $\ce{TiH2}$ particles on a stream of gas/plasma.