How to delete everything but a specific ligand from a PDB file using Linux-compatible free software?

I would like to delete everything from a PDB file except a specific ligand that I know the PDB code for. Is there a simple way to using free Linux-compatible software? If you want a specific example for your answer 1YAT and its ligand FK5 (tacrolimus) is an example I'm presently working on. I think PyMOL might have this capability using the delete command but running:

which should delete the macromolecule (chain A) at least but I saw no visually-obvious change. I have viewed the PyMOL Wiki article on the delete command but it was not helpful as what name meant was not obvious to me.

By free software I mean free of charge not free as in freedom. One piece of software that I used to do this with on Windows was Accelrys (or BIOVIA) Discovery Studio Visualizer, tried to run it on Arch Linux, however, as it has a Linux binary, but it failed to run. This is presumably because it is for Red Hat Enterprise Linux/SUSE Linux Enterprise which has too old of system libraries for Arch Linux compatibility.

What about a straightforward

? Where you substitute AAA with the name of the residue you want.

You can do this with Avogadro 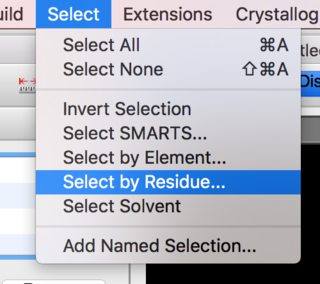 I have written some simple code in python to do what you ask. ( It has to be inserted as an image because of the way markdown changes the text.) (Note that python uses 4 spaces or a tab for each part of the code at the same level in any loop of if statement) 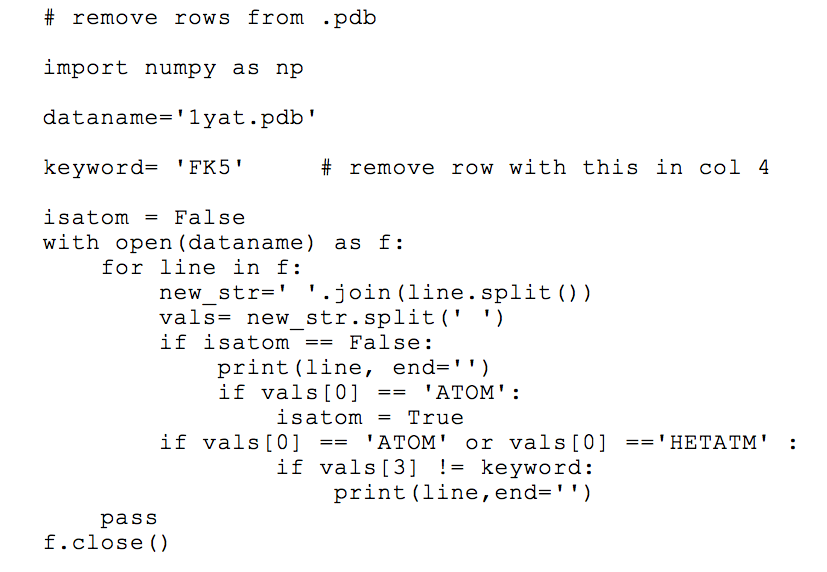 Not the answer you're looking for? Browse other questions tagged software or ask your own question.

2
How do I write a valid CIF, PDB or XYZ file from the coordinates listed below?
5
How to avoid the appearance of extra hydrogens from lattice packing of PDB file?
5
Convert CIF file to SDF file using free Linux-compatible software other than Avogadro or OpenBabel?